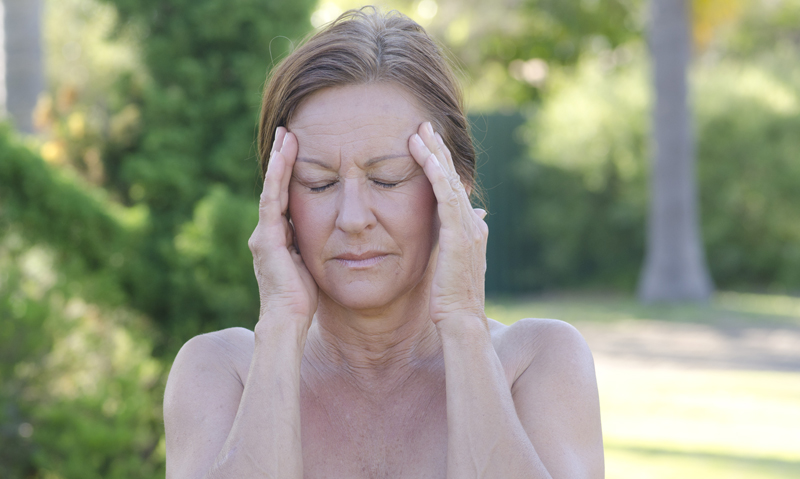 WOMEN of all ages should be made aware that vasomotor symptoms associated with menopause may last for several years, says a leading women’s health expert who has called for greater recognition of menopause as a normal transition in life.

Professor Martha Hickey, director of the Women’s Gynaecology Research Centre at the Royal Women’s Hospital, Victoria, said the traditional notion that vasomotor symptoms (VMS) — hot flushes and night sweats — lasted for about a year had been overturned as recent, longer-term studies found that symptoms could persist for many years.

Professor Hickey was commenting on US research, published in JAMA Internal Medicine that found frequent VMS lasted for a median of 7.4 years during the menopausal transition, with symptoms persisting for a median of 4.5 years after the final menstrual period. (1)

The researchers analysed data from the US-based Study of Women’s Health Across the Nation (SWAN), an observational study of menopausal transition in 3302 women from 1996 to 2013, which included 1449 women with frequent VMS.

An accompanying editorial said the findings overturned the “dogma” that VMS have a short duration, minimally affect women’s quality of life and could be addressed by short-term approaches. (2)

Professor Hickey told MJA InSight awareness that these symptoms may last for many years might help to lessen their impact.

“The environment that women are in can contribute to the stress around these symptoms, so I think an important message … is the wider recognition and acknowledgement that these are normal symptoms for women”, she said.

“We know that the more anxious women are about menopause and its symptoms, the more troublesome their symptoms are, so if we can normalise this in the same way that we normalise pregnancy in women and breastfeeding … then I think that will make it easier for women, particularly in the workplace.”

Associate Professor John Eden, associate professor of reproductive endocrinology at the University of NSW, said the US findings were “no surprise”.

“We have known for ages that [12%‒25%] of women will ‘flush forever’. That is why any ‘debate’ about HRT [hormone replacement therapy] is silly. Most women don’t need it, but for some women, if they are not treated they will be miserable forever. Thus, my goal for these latter women is to find the safest regimen for them.”

Professor Eden said most women experiencing symptoms ended up taking HRT, although he considered transdermal oestrogen safer than oral in the long term because it has less effect on clotting.

Professor Henry Burger, clinical endocrinologist and emeritus director of the MIMR-PHI Institute of Medical Research, told MJA InSight the advice to doctors to prescribe HRT at “the lowest possible dose for the shortest possible time” was problematic given evidence that symptoms could last for much longer than the 5-year putative window of safety.

“There has been a lot of discussion about 5 years being a time during which hormone therapy is generally safe, usually with the qualification [that] hormone therapy is initiated in women under 60 or less than 10 years since menopause”, said Professor Burger, who is also a consultant to Jean Hailes for Women's Health.

He said a “rough rule of thumb” was that about 10% of women experienced hot flushes for more than 10 years, and a handful of his patients had required treatment into their 70s and 80s because of persisting and disabling hot flushes.

Professor Burger said that when the risks and benefits were properly explained to these patients, they would usually opt for hormone treatment.

“The bottom line is that appropriate use of relatively low-dose hormone therapy, particularly given through the skin, [combined with the minipill for progestogen] seems to be pretty safe”, he said, adding that a 2012 Danish study provided some reassurance regarding the safety of longer-term therapy when started early after menopause. (3)

Professor Burger said the US approval of a combination of conjugated equine oestrogen with bazedoxifene (a selective oestrogen receptor modulator) seemed promising as an alternative treatment, although long-term safety data were not yet available.

The latest US study comes on the heels of a UK study published in The Lancet of menopausal hormonal use and ovarian cancer risk, which found that hormone therapy in women for 5 years from about age 50 years was associated with one extra ovarian cancer per 1000 users. (4)

Professor Hickey welcomed The Lancet findings. “The more high-quality information we have about HRT, the easier it is for women and health care providers to make informed decisions about what they take”, she said, adding the “very small increase” in this rare condition was something that women and their doctors should take into consideration when making decisions.