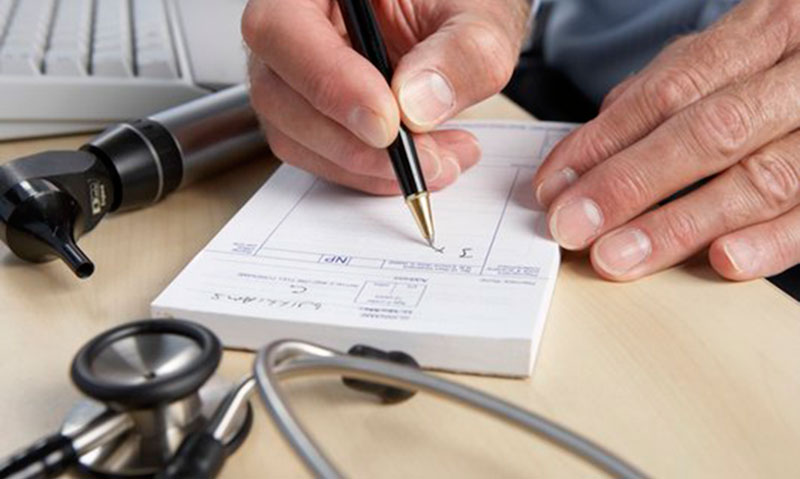 Nicole MacKee
Issue 47 / 7 December 2015
MORE timely data on prescription opioid-related deaths could help to emphasise the urgency of dealing with the problem, which has been displaced on the national agenda by illicit methamphetamine use, says a leading addiction specialist.
Professor Nicholas Lintzeris, clinical professor and addiction medicine specialist at the University of Sydney, acknowledged the devastation that methamphetamines could cause to families, but said these illicit drugs did not result in as many deaths as prescription opioid drugs.
“[Prescription opioid misuse has] been displaced as a priority by the emphasis on methamphetamines, which don’t kill anywhere near as many people as prescription opioid drugs”, he told MJA InSight.
Doctors were currently prescribing opioids without basic systems in place to prevent these deaths from happening, Professor Lintzeris said.
His comments come as Canadian researchers reported on the use of algorithms to streamline access to timely estimates of prescription opioid-related deaths from vital statistics data. (1)
The study authors wrote that the ability to use vital statistics datasets could facilitate national surveillance and monitoring strategies to reduce deaths from prescription opioids that, until now, had been impossible because of incomplete and inaccessible coroners’ data.
The research, published in the Canadian Medical Association Journal, evaluated five algorithms for sensitivity and specificity in identifying prescription opioid-related deaths in vital statistics data, and found that four had positive predictive values of more than 80% for identifying deaths.
Professor Lintzeris said while Australia’s standardised national coronial system was superior to the Canadian system there were still barriers to accessing data here.
He said identifying prescription opioid-related deaths in coronial records was a cumbersome process that was costly and required ethics approval.
The Canadian algorithm approach, while lacking the sensitivity and specificity of coronial research, was a “ballpark way” of quickly assessing the impact of changes in practice or drug formulation, and would enable regular monitoring, Professor Lintzeris said.
Professor Michael Farrell, director of the National Drug and Alcohol Research Centre (NDARC), said Australia was way ahead of Canada in terms of the level of detail included in coronial reports.
“The Australian [coronial] system is very impressive and the data that we get is very good”, he said. However, there were issues with the timeliness of data drawn from coronial records.
“We are always well behind the curve with coronial data, because we have to wait a year for the data to come in and we’d rather be more up to date.”
Professor Farrell said NDARC was currently tracking about 1500 people taking opioids for chronic, non-malignant pain to get a clearer picture of the issues of concern. He said initial results from the NHMRC-funded study indicated that the majority of people were using opiates appropriately.
“But we separately reported on excess [opioid] deaths in the Australian general population and we are concerned about them”, Professor Farrell said. “We need to be doing everything humanly possible to see that we prevent every death we can.”
He said prescription opioid-related deaths were a complex issue, particularly due to significantly increased prescription opioid use among older Australians.
“We have to find the fine balance between seeing that people with pain get appropriate treatment and not badly treating people with pain with drugs that make life more complicated for them. It’s a tightrope-walking exercise.”
Professor Farrell said education initiatives — such as improving doctors’ understanding of chronic pain management — were captured in the National Pharmaceutical Drug Misuse Framework for Action. The framework was introduced in 2012. (2)
However, Professor Lintzeris said the impact of the framework had been underwhelming.
“We have a national framework, which largely doesn’t seem to be getting implemented by governments across Australia”, he said, citing a lack of resources and government focus on illicit drug use as reasons for the sluggish implementation.
Earlier this year, the Victorian coroner reported that there were more prescription drug deaths in the state than road fatalities and renewed calls for a real-time monitoring system for prescription drugs. (3)
A real-time drug monitoring system (Electronic Recording and Reporting of Controlled Drugs) is in place in Tasmania, and earlier this year the RACGP and AMA joined forces with other peak medicine, pharmacy and consumer bodies to call on federal, state and territory governments to work towards implementing such a scheme as a matter of urgency. (4)
1. CMAJ 2015; Online 30 November
2. National Pharmaceutical Drug Misuse Framework for Action (2012-2015)
3. The Age, 21 March 2015
4. RACGP In Practice 2015; 8 October
(Photo: Adam Gault/Science Photo Library)
In this week’s Comment section of MJA InSight, Dr Walid Jammal reports on his visit to Tasmania to see how its real-time drug monitoring system is working.