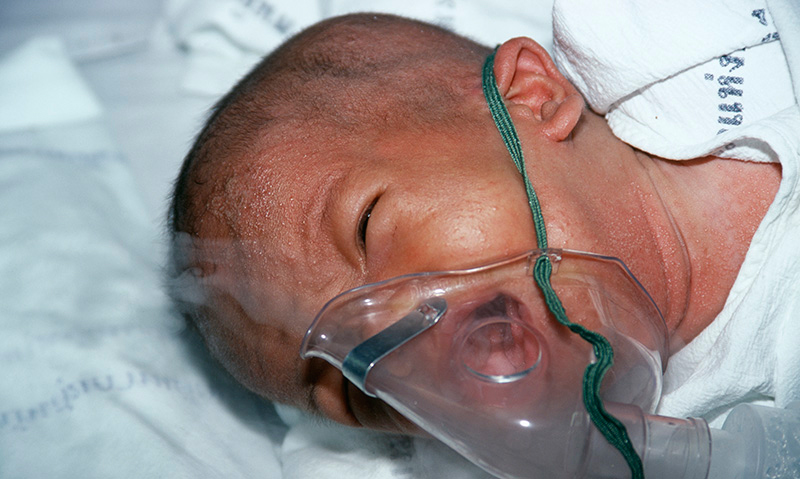 Nicole MacKee
Issue 46 / 30 November 2015
EXPERTS want broader tuberculosis screening initiatives to boost detection in children immigrating to Australia from countries with a high incidence of the infectious disease.
Professor Warwick Britton, chief investigator for the NHMRC Centre of Research Excellence in Tuberculosis Control, said Australia might need to consider screening for latent tuberculosis (TB) infection as well as disease in children who are migrating from high-burden countries.
“We’re very aware … that TB in Australia is not declining — it’s plateaued out at a rate of about 1200‒1300 new patients a year, and it’s remained [at that rate] for some years”, he told MJA InSight.
Professor Britton was commenting on research, published this week in the MJA, which found that although the rate of TB in children in Australia remained low, it had not declined in the 10 years to 2013. (1)
The retrospective analysis of data from the National Notifiable Diseases Surveillance System on TB in children aged under 15 years found that there were 538 notifications in the study period.
Paediatric cases of TB accounted for about 5% of all cases in Australia, and about 56% of cases occurred in children who had been born overseas, the researchers found.
During the study period, five children died of TB; one an Australian-born Indigenous child and four from Papua New Guinea (PNG). Only one of the children had multidrug-resistant TB (MDR-TB), which is a considerable problem in PNG.
“Our findings suggest that recent immigration has had a greater influence on the burden of TB in children than transmission within Australia”, the authors wrote.
“The highest rates are among children born overseas, emphasising the potential value of broadening pre-migration screening to further reduce the burden of TB in children in Australia.”
The researchers noted that despite the strong link with immigration, only a small proportion of children with TB (8.7%) were detected during post-arrival immigration screening.
Professor Britton told MJA InSight that TB had an incubation period of 1‒2 years in children, and those who contracted TB under the age of 5 years were more likely to develop active disease than adults.
He said Australia’s present pre-migration screening program detected only active disease, and consideration should be given to also screening for latent TB infection.
“We need to now consider, do we need to be doing more screening when children come to Australia?” he said, adding that Australia also needed to maintain an active TB control program.
Professor Britton said vigilance in maintaining careful management of TB cases would remain important with many countries in our region grappling with MDR-TB.
Australia has a relatively low rate of MDR-TB, but the MJA research found that eight children had presented with MDR-TB during the study period, and six were under 4 years old.
Associate Professor Ben Marais, deputy director of the Marie Bashir Institute for Infectious Diseases and Biosecurity, said the data indicated there was very little TB transmission happening within Australia.
“It’s really the immigrant population that suffers the greatest disease burden. Patients are, on the whole, diagnosed early and treated effectively before they pose a risk to those around them”, Dr Marais told MJA InSight.
However, he said reducing the burden of TB in countries in which it is endemic is a significant challenge.
“It requires major shifts in the seriousness with which the TB problem is dealt with”, Dr Marais said. “Something like an Ebola outbreak is very visible — it’s on the front pages of the papers, the deaths are visible, people feel threatened. The fact that MDR-TB has been rising steadily in the whole Asia‒Pacific region for the past 15‒20 years is not very visible because it’s happened so slowly — but it is ominous.”
He agreed that more vigorous screening of children immigrating to Australia from countries in which TB is endemic should be considered for their benefit. Currently, children without known TB contacts are not routinely x-rayed, but children arriving in Australia from refugee camps could have been exposed to TB without their knowledge.
Last month, the WHO announced that worldwide TB deaths had halved since 1990. However, with 1.5 million TB deaths in 2014, TB was still ranked alongside HIV as a leading cause of death. (2)
The WHO highlighted the need to close detection and treatment gaps, and the importance of ongoing investment in diagnostic tests and vaccines.
Also last month, The Lancet published a series of articles dedicated to the elimination of TB. (3)
1. MJA 2015; Online 30 November
2. WHO: Media release 28 October 2015
3. Lancet 2015; Online 26 October
(Photo: Andy Crump, TDR, WHO / Science Photo Library)

One thought on “TB incidence “ominous””