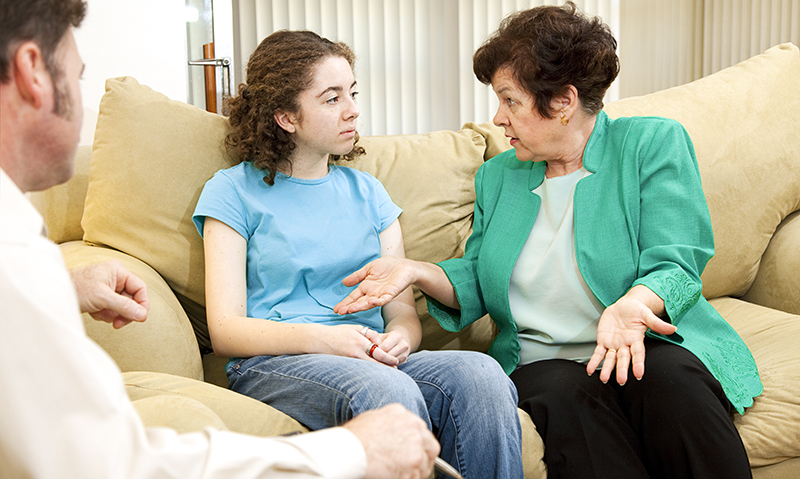 Nicole MacKee
Issue 46 / 30 November 2015
PSYCHOSOCIAL research should be held to the same high standard of transparency as biomedical research, according to a leading Australian psychiatrist, after a lack of financial conflicts disclosure was exposed in published research on parenting programs.
Research published last week in PLOS One examined financial conflict of interest (COI) disclosures on published research about four internationally disseminated child psychosocial health programs, including Australia’s Triple P (Positive Parenting Program). It found that 71% of the 134 research articles evaluated had absent, incomplete or partly misleading COI disclosures. (1)
Professor Patrick McGorry, professor of youth mental health at the University of Melbourne, said psychosocial research authors should be required to state COIs when they published research in the same way as pharmaceutical company support had to be disclosed.
He said most people were acting in good faith, but “it shouldn’t be one rule for certain types of activities and another rule for another”.
Professor McGorry said psychosocial interventions were often difficult to translate. “I am not against people setting up much more business-like approaches, but I think, as the paper implied, it should be transparent.”
The PLOS One researchers contacted journal editors about 92 published articles with no COI disclosure or where a disclosure was considered problematic. “In 65/92 (71%) of all cases the editors published an ‘erratum’ or ‘corrigendum’. In 16 of these cases the journal had mishandled a submitted disclosure”, the researchers wrote.
They described Triple P as a system of standardised parenting support interventions based on social learning and cognitive-behavioural principles, and “one of the most widely evaluated parenting programmes worldwide”.
However, they wrote that the evidence base for Triple P “is controversial”.
“A meta-analysis of 101 studies conducted by authors with a financial conflict of interests concluded that Triple P has positive effects on a broad range of child, parent, and family outcomes”, they wrote. “However, an independent systematic review found no convincing evidence that Triple P has positive effects across the whole population or in the long run.”
They wrote that the group-based standard Triple P had been sold in 18 languages across 25 countries, with more than 62 000 licenced providers. Earlier this year, the Queensland Government committed $6.6 million to a state-wide rollout of the program. (2)
Professor Matt Sanders, professor of clinical psychology at the University of Queensland and founder of Triple P, said the PLOS One review could not be regarded as impartial as one of its authors was the author of a competing parenting program.
"The review also made conclusions regarding Triple P’s population-level effects despite none of the Triple P population studies being included in its quantitative meta-analysis. The review also restricted the scope of its analysis to only a third of all available studies across a limited number of outcomes" he told MJA InSight.
However, Professor Sanders said he supported the basic tenet behind the PLOS One research.
“It’s crucial that there’s a greater level of transparency and consistency across journals and how potential conflicts of interest are disclosed. It’s an important, industry-wide issue”, Professor Sanders said, adding that there was a “lot of unevenness” across different journals and editors on the types of disclosure statements required.
He said Triple P was owned by the University of Queensland, and through the university’s technology transfer company, UniQuest, a separate company, Triple P International, was licensed to disseminate the program internationally.
“Proceeds from that work go back into ongoing [research and development]. Triple P and the UQ intellectual property policy is applied with the distribution of royalties from that work to the faculty, the school and contributory authors”, said Professor Sanders, who is one of the contributory authors.
“We actually think that’s an extremely good model for the dissemination of evidence-based programs”, he said.
Professor Sanders said of the 218 evaluations that had been conducted on Triple P, 45% had no developer involvement.
“The vast majority — 95% of all studies — have documented positive outcomes for Triple P”, he said, saying “about 10” studies had null findings with “about 64% of those conducted by us”.
Professor Sanders agreed that the importance of transparency was heightened for programs that attracted government funding.
“The Queensland Government has a comprehensive evaluation framework built around the implementation of Triple P”, he said. “It’s never a question of just applying an evidence-based practice; it’s about confirming its value by evaluating outcomes as it has been deployed.”
Professor Chris Del Mar, professor of public health at Bond University, said the research exposed an ongoing issue with COIs that was prevalent across many health research publications.
“What is needed I think is a new COI form that could be housed independently of both the author and the publication … This might act like the research depository ORCID”, Professor Del Mar said.
ORCID is an open, non-profit, community-based website which aims to provide a registry of unique researcher identifiers and a transparent method of linking research activities and outputs to those identifiers. (3)
1. PLOS One 2015; Online 25 November
2. UQ News: 9 July 2015
3. ORCID
(Photo: Lisa F. Young / shutterstock)
This article was amended on 1 December 2015.

Should punitive action be taken against research authors who do not disclose all conflicts of interest?

One thought on “Psychosocial COI concerns”