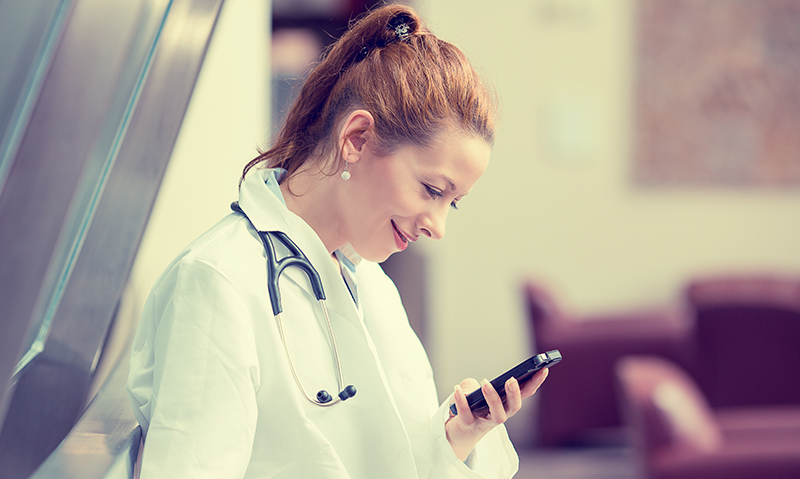 Nicole MacKee
Issue 45 / 23 November 2015
DOCTORS and medical students who use social media are reminded to keep postings professional after a survey of medical students found about one in three had posted unprofessional content on social media.
The voluntary survey of 880 medical students, published online by the MJA today, found that 34.7% of respondents (306) self-reported posting unprofessional conduct on social media. (1)
The most common depiction reported was of intoxication (301 students, 34.2%), as well as use of illegal drugs (14 students, 1.6%). Posting of patient information was reported by 14 students.
“The use of social media by the surveyed cohort was almost universal, and unprofessional behaviours on social media were exhibited by a significant proportion of medical students, despite widespread awareness of guidelines about professionalism”, the authors wrote.
The Royal Australian College of General Practitioners (RACGP) issued social media guidelines earlier this year and the AMA is in the process of updating its 2010 social media guidelines, with the revised version expected to be released early next year. (2), (3)
Queensland GP Dr Edwin Kruys, who hosts the popular general practice blog Doctor’s bag, said the findings should fuel discussion about how medical students and the wider medical profession engaged with social media. (4)
“It’s a new medium, and we have to keep the discussion going and help each other to improve our online presence”, said Dr Kruys, who is also chair of the Queensland faculty of the RACGP.
Dr Kruys said the new RACGP social media guidelines were developed in conjunction with medical defence organisations and provided guidance on how to engage on the various social media platforms, as well as cautions about how not to use social media.
He said while there were many pitfalls in using social media, such platforms were also powerful tools that could be used to engage with colleagues, patients and policymakers.
“We’d like to make [medical students] aware of the power of social media and how they can use it in a really good way as students, but also later down the track as doctors”, Dr Kruys said.
The researchers noted that factors associated with the posting of unprofessional conduct by students included evidence of alcohol misuse and racist content, and plans to change their profile after graduating.
They wrote that despite widespread dissemination and awareness of guidelines among medical students, this appeared to have little impact on their behaviour.
“There is a distinction between disseminating guidelines and formally integrating social media instruction into medical curricula. Senior clinicians and teachers who have not used social media may … be ill equipped for teaching their juniors about professionalism in a social media context”, they wrote, saying medical educators should consider approaches beyond simply providing students with guidelines or policies.
“Students should be regularly prompted to reflect on their activities, to evaluate their online behaviours, and to temper them if appropriate”, they wrote.
Dr Kruys said it was important for medical students to look to professional role models for guidance on making the most of social media.
He said he used the “elevator test” to determine whether content was suitable to publish on his blog. “If I feel that I would be embarrassing myself or other people by saying it out loud in an elevator, then I wouldn’t post it”, he said, adding that he also sought legal advice when establishing his blog.
Dr Kruys said medical defence organisations could also advise doctors on what was appropriate to post on social media.
Dr Christopher Ryan, clinical associate professor of psychiatry at the University of Sydney’s Centre for Values, Ethics and the Law in Medicine, said the most striking aspect of the MJA research findings was the low percentage of students who had posted unprofessional content online.
“These are quite young people who would have had their Facebook pages presumably through their high school years. The major posts that the authors were concerned about were evidence of intoxication with alcohol, and I thought it was quite impressive that only 30% of [these students] had such posts”, Dr Ryan said.
Medical students were a “relatively sensible population”, which was borne out by the fact that only 1.6% had posted content depicting illegal drug use, which would include cannabis, said Dr Ryan, who was a coauthor on research published last year that found doctors could benefit from additional training in using social media. (5)
He agreed that also providing medical students with formal support to negotiate these issues would be “sensible”.
1. MJA 2015; Online 23 November
2. RACGP: Guide for the use of social media in general practice
3. AMA: Social media and the medical profession
4. Doctor’s bag
5. J Med Internet Res 2014; 16: e267
(Photo: PathDoc / shutterstock)
A podcast with Dr Jake Barlow, coauthor of the MJA research, is available and also as a video.

Should medical schools be responsible for educating students about social media?