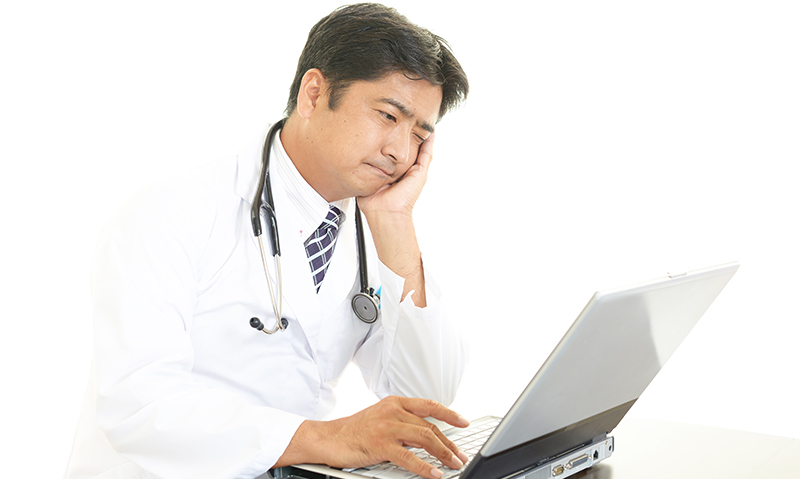 Nicole MacKee
Issue 43 / 9 November 2015
DOCTORS uncertain about their obligations regarding mandatory notifications of colleagues and other health professionals should not make the decision on their own, according to medical and legal experts.
They said before making a notification, doctors should seek advice from senior colleagues, professional indemnity insurers or employers.
Dr Marie Bismark, public health physician and health lawyer at the University of Melbourne, told MJA InSight: “It’s a big call to make a mandatory notification and you want to get that decision right”.
Dr Bismark said she always encouraged practitioners not to “feel completely alone with that decision”. Doctors should speak to somebody else involved in the patient’s care or seek advice from a lawyer or indemnity insurer about whether it meets the reporting threshold, she said.
A Medical Board of Australia spokesperson said the board “strongly recommended” that any practitioner unsure about whether they were obliged to make a mandatory notification to seek advice from senior colleagues, their employer or their professional indemnity insurer.
The spokesperson said guidelines were available to help practitioners and employers understand their mandatory reporting obligations. (1)
The comments follow a NSW Civil and Administrative Tribunal decision that found many health practitioners who became aware of a pharmacist’s “long standing drug addiction” failed to make a mandatory notification to the Australian Health Practitioner Regulation Agency (AHPRA). (2)
The tribunal said: “While we do not seek to single out individual health practitioners for criticism in this decision, we strongly believe that the failure to make a notification concerning [the pharmacist’s] condition and conduct in 2011 is indicative of a failure to understand, or properly implement, the mandatory notification provisions in the National Law.”
Georgie Haysom, head of advocacy at Avant, said the case showed that more education was needed to ensure medical practitioners were well versed in their obligations under National Law.
“[The case] does illustrate the complexity of the mandatory reporting requirements, but I think it also illustrates that it’s not really well understood by practitioners”, Ms Haysom told MJA InSight.
She said Avant members were surveyed in response to a case earlier this year in which an ACT doctor was reprimanded for failing to notify the Medical Board about a sexual relationship that had developed between a colleague and patient. (3)
The survey asked members what their obligations to the AHPRA were if they became aware of a consensual sexual relationship between a colleague and a patient. While two-thirds of respondents correctly stated that such a case should always be reported, one-third answered incorrectly or said they were unsure of their mandatory reporting obligations. (4)
In the recent hearing on the pharmacist, the tribunal said that the practitioners treating him might have thought they were protecting “the health and wellbeing of a vulnerable patient” in not making a report.
“However, this case surely stands as proof of the reverse; in that a failure to notify actually inhibited this impaired practitioner from being provided the supervision, monitoring and treatment that could have helped him, and may even have prevented the events that ultimately led to these disciplinary proceedings”, the tribunal said.
“We suggest that the ‘code of silence’ prevailed in this instance, to the detriment of both the public’s safety and the practitioner’s health and professional standing.”
Dr Bismark agreed that in some cases a notification could ensure that a health professional with an impairment was provided with much-needed support.
“We hear a lot about the potentially negative consequences of mandatory reports. But when I speak with doctors who treat other health practitioners, they say that sometimes a notification and the involvement of a board can be helpful”, she said.
“We saw that coming through in this case. It may have been in that pharmacist’s best interests for a notification to be made earlier so this practitioner could get the monitoring and the support that he needed.”
AHPRA’s 2014 annual report, released last week, noted a 27% decrease in mandatory notifications across all national boards, and a 19% decrease for medical practitioners, although there were significant variations in reporting across states and territories. (5)
An AHPRA spokesperson told MJA InSight that the proportion of mandatory reports that lead to action by a national board had increased from 46% to 61%, “which may indicate a maturing understanding of mandatory reporting requirements”.
1. Medical Board of Australia: Guidelines for mandatory notifications
2. Health Care Complaints Commission v Orr [2015] NSWCATOD 124
3. Medical Board of Australia v Al-Naser (Occupational Discipline) [2015] ACAT 15
4. Avant: Member poll 18 September 2015
5. AHPRA annual report 2014/15
(Photo: liza54500 / shutterstock)

How would you describe your knowledge of mandatory reporting?

One thought on “Don’t go it alone”