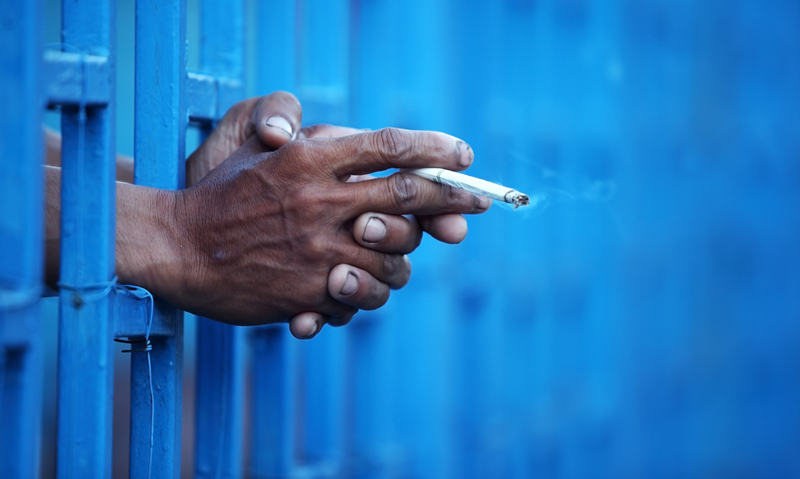 Sarah Colyer
Issue 39 / 12 October 2015
BANS on smoking in prisons have no sustainable impact on prisoners’ smoking rates and should be accompanied by greater abstinence support, experts say.
In an MJA editorial published online today, Professor Tony Butler, head of the Justice Health Research Program at the Kirby Institute for Infection and Immunity in Society, and Dr Lorraine Yap, also of the Institute, said studies showed more than half of prisoners reported resuming smoking on their first day of release, including one that showed 97% had resumed smoking by 6 months after release. (1)
They wrote that these figures showed prisoners needed smoking cessation interventions both inside prison and after their release.
“A targeted approach that recognises the unique characteristics of this population group is needed, and must involve support both in prison and in the community, recognising that imprisonment for most is only temporary”, they wrote.
Prison smoking bans are now in place in all states except South Australia, Western Australia and the ACT, driven mostly by concerns about the effects of second-hand smoke on non-smokers and the potential for legal action.
While Australian data on the effect of the bans on prisoners was limited, the editorial authors cited a US study showing interventions could be effective in preventing smoking relapse after release from prison.
Professor Wayne Hall, director of the Centre for Youth Substance Abuse Research at the University of Queensland, agreed that US-style post-release programs would be worth trialling in Australia.
“These probably consist of pre-release counselling about the risks of relapse, possibly providing nicotine replacement therapy post-release and perhaps the use of text messages after release to encourage the maintenance of abstinence”, Professor Hall said.
“I suspect the problem is … that released prisoners return to a social environment where cigarette smoking is still common and where they will primarily socialise with peers, most of whom smoke cigarettes. It is difficult to remain abstinent in these circumstances.”
Associate Professor Sophia Couzos, a public health physician and GP based at the School of Medicine and Dentistry at James Cook University, said there was a high rate of smoking among Indigenous Australians (44%), who were overrepresented in prisons.
“We have to look at the social situation people return to after they leave prison, including their housing situation and whether there are other smokers in the home”, she said.
Professor Couzos said a range of smoking cessation initiatives targeting Indigenous Australians had been put in place as part of the 2008 Closing the gap initiative. (2)
GPs also had access to the Practice Incentives Program Indigenous Health Incentive to offer health assessments including smoking cessation support, and Indigenous patients with concession cards could access nicotine replacement therapy free of charge. (3)
Dr Frank Jones, the president of the Royal Australian College of General Practitioners, said prisoners returning to the community “have much greater challenges to face than quitting smoking”.
“However, to support smoking cessation, GP follow-up in the community after discharge from prison is an important issue”, Dr Jones said.
Professor Simon Chapman, of the School of Public Health at the University of Sydney and a passionate antismoking advocate, told MJA InSight that it was obvious many prisoners did not want to quit smoking, “so start again as soon as they are released”.
Professor Chapman, who supports smoking bans in prisons, said there was “no justification for exposing those who do not want to be exposed to second-hand smoke”.
However, he said: “I think smoking should be allowed in outdoor areas of prisons because outdoor smoking harms only the smoker”.
The MJA editorial authors said that opponents of smoking bans had warned that enforcing bans could lead to increased violence among prisoners. While a literature review of the US experience found no evidence to support this claim, a riot at the Melbourne Remand Centre earlier this year had been linked to Victoria’s ban, which came into force in July.
1. MJA 2015; Online 12 October
2. Closing the gap: tackling Indigenous smoking measure
3. Practice Incentives Program
(Photo: sakhorn / shutterstock)

Should prisons allow an outdoor smoking area for prisoners rather than a total ban on smoking?