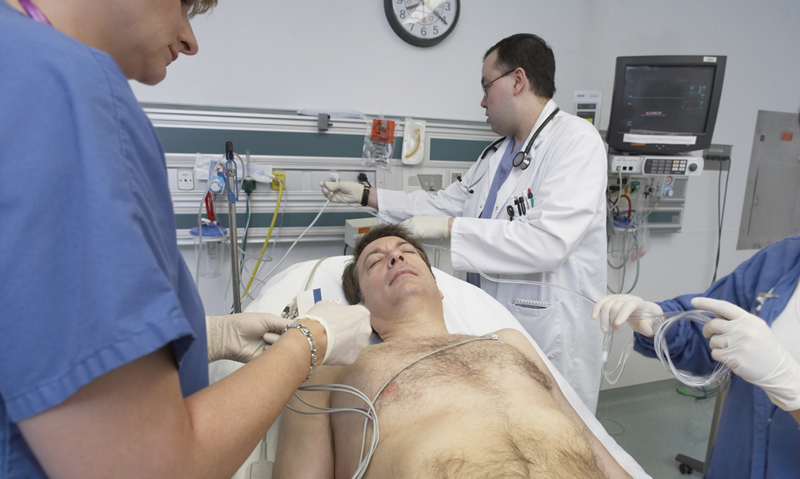 Heather Wiseman
Issue 39 / 12 October 2015
EMINENT medical researchers want an overhaul of the NSW Guardianship Act, claiming impractical consent procedures are thwarting enrolment of trial participants to the detriment of clinical research.
They say it is time NSW was brought into line with other Australian jurisdictions that allow delayed consent in special circumstances and to accept that decisions in complex research areas, such as critical care, should primarily remain with expert ethics committees.
Widespread concerns were initially triggered by a NSW Civil and Administrative Tribunal (NCAT) judgment on the SPICE III study, which made it difficult for researchers to enrol patients incapable of giving consent to participate in the study at the time treatment was required. (1)
SPICE III is a multicentre randomised controlled trial of early goal-directed sedation compared with standard care in mechanically ventilated patients in intensive care. (2)
The ethics committee that reviewed SPICE III approved participation without prior consent from participants. However, NCAT determined that SPICE III was a clinical trial, which meant consent had to be obtained in accordance with the Guardianship Act — either from the “persons responsible for the patients” or the Tribunal before treatment could be given.
Dr Yahya Shehabi, SPICE III’s principal investigator, said the ethics committee determined that it was not a clinical trial because it involved two standard treatments in common practice. However, in the absence of a statutory definition of a clinical trial, NCAT ruled that the research was a clinical trial because patients were randomised.
Dr Shehabi, a professor of intensive care and program director of critical care at Monash University in Melbourne, said his team was “flabbergasted” by the ruling, which led to two other trials which relied on delayed consent — ADRENAL and TRANSFUSE — to temporarily stop recruiting. (3), (4)
Dr Shehabi said the two options for obtaining consent under the Act were “completely unworkable”. Getting consent from a family member in less than 24 hours at a “very stressful” time was “very hard”, he said.
The other option was to get consent through NCAT, which took at least 6 hours with the risk of it being adjourned for up to 3 days.
Dr Shehabi acknowledged that the Act played an important role in protecting vulnerable patients and ensuring they were not exposed to experimental treatments, but SPICE III did not fall into this category.
“All of the SPICE III interventions are standard practice and we normally give them to patients without getting consent. But in the context of a clinical trial, we need consent to enrol them so we can use the data and follow the clinical effectiveness of the intervention 90 days later.
“It makes doing a trial, where a time-sensitive intervention needs to be given, completely unworkable”, Dr Shehabi said.
Professor Bala Venkatesh, the principal investigator for the ADRENAL trial into the use of hydrocortisone in critically ill patients with septic shock, told MJA InSight that after the SPICE III judgment, ADRENAL approached NCAT pre-emptively to clarify that its recruitment procedures were not in breach of the NSW Act. (5)
Professor Venkatesh, the director of intensive care at the Wesley Hospital, Brisbane, said like SPICE, ADRENAL was a randomised, controlled trial.
NCAT ruled that ADRENAL was not a clinical trial and did not have to achieve prior consent in accordance with the Act. The TRANSFUSE trial was also successful in getting a ruling from NCAT that it was not a clinical trial. (6)
“Had that outcome been different, we would have had a problem”, Professor Venkatesh said of the trial that is being run in 65 sites across five countries.
“NSW is the biggest contributor to our cohort in Australia. I think if NSW hadn’t come on board, it may have even brought the trial to a halt, because it may not have been viable”, he said.
“Once it is deemed the study is scientifically valid, there should be a mechanism in place which allows safe and easy enrolment into the trial, which we don’t have at the moment. You can get national ethics approval, through the HoMER system [Harmonisation of Multi-centre Ethics Review], but we don’t have the same national guardianship tribunal process.
“What we need is a consistent approach, [through] a review of the whole process of governance and consent. We need to have a national process”, Professor Venkatesh said.
Professor Cameron Stewart, Pro Dean at the Sydney Law School, said there have been long-standing problems with the NSW Guardianship Act and interpretation of what constitutes a clinical trial.
“This problem has been going for years. It is causing a lot of confusion and it really should have been fixed”, Professor Stewart said.
1. NSWCAT 44 SPICE III Trial 2014
2. SPICE III study
3. ClinicalTrials.gov: ADRENAL
4. ClinicalTrials.gov: TRANSFUSE
5. NSWCAT 23 ADRENAL Trial 2015
6. NSWCAT 18 TRANSFUSE Trial 2015
(Photo: Blend Images / shutterstock)