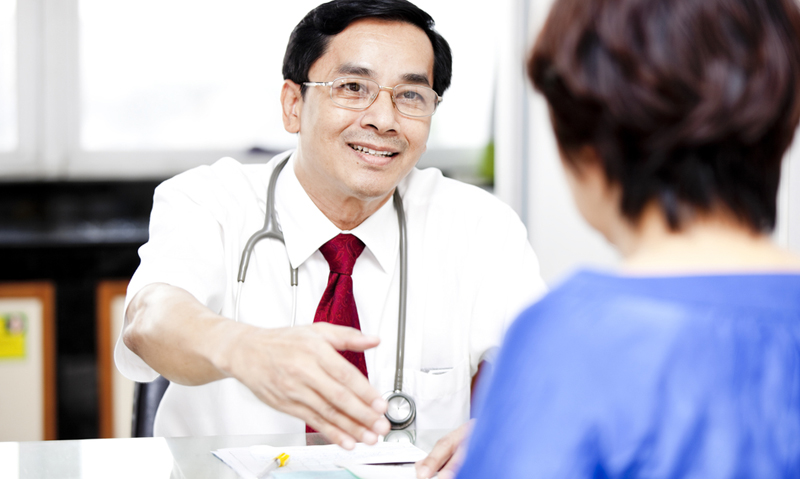 Sarah Colyer
Issue 38 / 5 October 2015
ONLY half of specialists involved in rural outreach work return to the same town on an ongoing basis, according to new MJA research suggesting incentives could be better targeted. (1)
Of 848 specialists for whom data were available and who provided outreach services to rural locations, only 52% visited the same town more than once in 3 years, according to the research, which was based on the large national longitudinal survey of Australian doctors, the Medicine in Australia: Balancing Employment and Life (MABEL) study.
The MJA study authors said a range of strategies were needed to promote more stable rural outreach services.
They found males aged 45‒64 years who worked in both public and private practice were most likely to provide ongoing outreach services, while doctors who worked exclusively in private practice were least likely.
Of specialists providing outreach services 23% were female, in line with the overall proportion of specialists who are women. However female specialists’ involvement in outreach was more likely to be ad hoc than their male counterparts.
The authors suggested that their findings could be used to better target federal government subsidies through the $31 million a year Rural Health Outreach Fund (RHOF), saying financial incentives could be directed to specialists working exclusively in the private sector. (2)
However Dr John Quinn, executive director of surgical affairs at the Royal Australasian College of Surgeons, said it made sense that doctors with public hospital visiting rights did the bulk of the outreach work, as they could bring patients requiring surgery back to a public hospital in a major centre.
Dr Quinn, who is a vascular surgeon, provided outreach surgical follow-up to patients in Rockhampton for more than a decade. He told MJA InSight incentive payments only provided “cost recovery” to doctors involved in outreach services.
“Doctors don’t do outreach to make money, but don’t particularly do it to lose money either”, he said.
Dr Dennis Pashen, Rural Doctors Association of Australia president, said doctors who came from rural areas had a “better understanding of the rural ideology and communication styles of the bush” and so were more likely to commit to ongoing outreach work.
Dr Pashen said duplication and cost shifting were major challenges with funding medical outreach.
“There is always a risk that bringing in specialists absolves local health districts from funding services they were previously providing, or that specialists will go into rural areas to drag business back to the large metropolitan private hospitals”, he said.
Dr Pashen said that, in general, he applauded the RHOF program and was hopeful that the new Primary Health Networks and local hospitals could work together to ensure money from the fund was wisely allocated.
An editorial in the same issue of the MJA raised the potential for telehealth to help meet the needs of rural doctors. (3)
Associate Professor Tim Baker, director of the Centre for Rural Emergency Medicine at Deakin University, asked why rural hospitals could not have a specialist backup service similar to those used by airlines such as Qantas, where “a doctor on shift in the emergency department is called to provide advice, with all the specialist and subspecialist resources of a large tertiary hospital available for backup”.
“A centralised telemedicine system may have to be located at an actual hospital with a full complement of specialty units resourced to help local doctors”, he wrote.
Dr Jim Muir, who helped establish the Australian College of Rural and Remote Medicine (ACRRM) Tele-Derm program, which provides free dermatology advice to rural and remote doctors and ACRRM members around Australia, said telehealth combined with outreach visits could help make rural specialist care sustainable. (4)
“Ideally you have an integrated service where you visit [a rural centre] and then provide telehealth ongoing support to referring doctors”, he said.
“GPs utilising a telehealth service are much more integrated into the consultation compared with when they just refer a patient with a rash or lesion and get a letter back from the specialist 2 weeks later.”
Townsville ophthalmologist, Dr Lee Lenton, who used tele-ophthalmology to back up his regular visits to Mt Isa, agreed that upskilling local doctors was an important part of sustainable outreach services.
“In my experience, telemedicine provided good feedback and learning opportunities for the local doctors, to the point that those local doctors no longer needed the ophthalmologists so often”, he told MJA InSight.
Dr Muir said a major barrier to efficient telehealth was that only real-time video conferences were reimbursed by Medicare even though most tele-dermatology could be done via email.
1. MJA 2015; 203: 297.e1-e6
2. Department of Health: Rural Health Outreach Fund
3. MJA 2015; 203: 277
4. ACRRM: Tele-Derm
(Photo: Apples Eyes Studio / shutterstock)