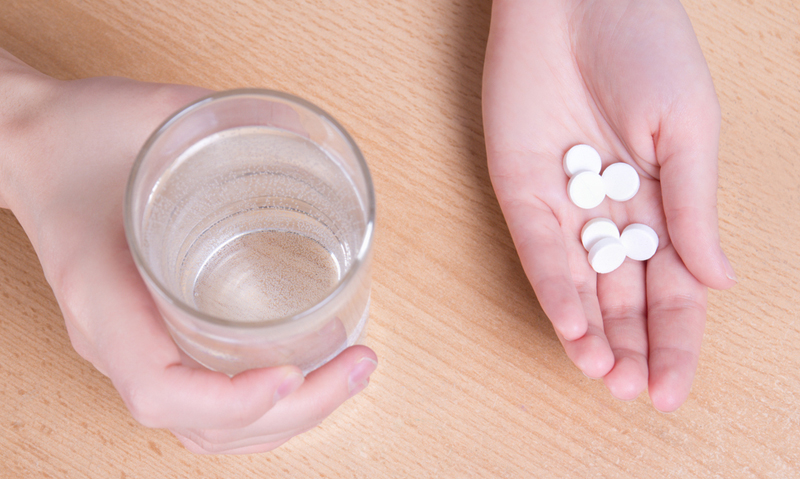 Heather Wiseman
Issue 38 / 5 October 2015
PRODUCTS that combine codeine with other analgesics should not be available over the counter, according to a leading addiction medicine expert who says the drugs pose a significant public health risk.
Associate Professor Michael McDonough, medical director of the Addiction Medicine and Toxicology Service, Western Health, in Melbourne, was responding to MJA research that showed the rate of codeine-related deaths had increased from 3.5 per million in 2000 to 8.7 per million in 2009. (1)
The study of codeine-related deaths found those attributed to accidental overdose (48.8%) were more common than intentional deaths (34.7%), and that 83.7% of the deaths resulted from multiple drug toxicity. The researchers wrote that where the name or specific details of the codeine product were available, a prescription codeine product (most commonly Panadeine forte) was recorded in 343 of 572 cases and over-the-counter (OTC) products in the remaining 229 cases.
Dr McDonough told MJA InSight the increase in deaths represented “a huge jump”, yet the study didn’t include additional “downstream deaths” due to gastrointestinal disease and renal failure caused by analgesics combined with codeine.
The Therapeutic Goods Administration has proposed that codeine products be rescheduled from Schedule3 to Schedule4 due to potential issues of morbidity, toxicity and dependence. (2)
“I’d say emphatically that codeine should not be available over the counter. If people need an opioid analgesic they should have a medical assessment [first]”, Dr McDonough said.
“It needs to be said that opioids kill more people in our country than ice [crystalline methamphetamine] does, by a long shot. How our society and regulators appraise the risk of codeine needs to be revisited and we need to question the safety of over-the-counter availability of codeine and, particularly, the safety of combination analgesic products that contain codeine.”
Dr McDonough said the basic therapeutics of combination preparations that contained codeine were unsound. If doctors recommended patients take a combination drug, the doctor and the patient did not know which one was helping.
He said he was disappointed by the researchers’ conclusion that the public needs more education about the potential harms of chronic codeine use, saying what was needed was “more resolute action”.
Dr McDonough said he had seen evidence through his own practice of how secretive misusers of analgesics could be, and that vulnerable people were difficult to detect clinically because they weren’t volunteering their regular heavy use of OTC analgesics.
Michelle Lynch, acting national vice president of the Pharmaceutical Society of Australia (PSA), said the increase in codeine overdose deaths revealed by the MJA study was alarming and served as a strong call for action.
However, Ms Lynch said preventing OTC sales of products that combined codeine with analgesics was not appropriate as it would disadvantage many people who find the drugs beneficial.
She said people who became dependent on OTC analgesics containing codeine bought 100-tablet packs, so tracking the frequency of purchases was crucial. A national prescription monitoring system to track prescription and OTC medication purchases in real-time was needed to identify at-risk patients.
While the federal government’s Electronic Recording and Reporting of Controlled Drugs initiative was a step in the right direction, implementation across Australia has been slow. (3)
Ms Lynch said the PSA recognised the codeine-related death rate was a critical issue and developed resources to help pharmacists discuss appropriate pain management solutions with patients, including issuing warning stickers that say: “For 3 days use only — can cause addiction”.
Dr Simon Holliday, chair of the RACGP’s National Faculty of Specific Interests pain management network, said there was a potential conflict of interest at play in relying on pharmacists to educate patients about the dangers of codeine.
He said it was also difficult for pharmacists to assess mental health, past substance misuse and history of depression or suicidality.
Dr Holliday agreed that real-time prescription monitoring was crucial, saying it had been successful in Tasmania, but privacy issues meant it hadn’t been rolled out nationally at this stage.
“In Tasmania [where monitoring has been introduced] it takes 6 seconds to see if someone has seen every other doctor or pharmacist in town. It is the equivalent of seatbelts on our road system, but it won’t pick up all the different harms coming from opiates. For example, it won’t detect harm in people with sleep apnoea who take their dose as prescribed”, Dr Holliday said.
1. MJA 2015; 203: 299.e1-e6
2. TGA: Scheduling of medicines and poisons
3. RACGP: Media release, 23 March 2015
(Photo: Di Studio / shutterstock)