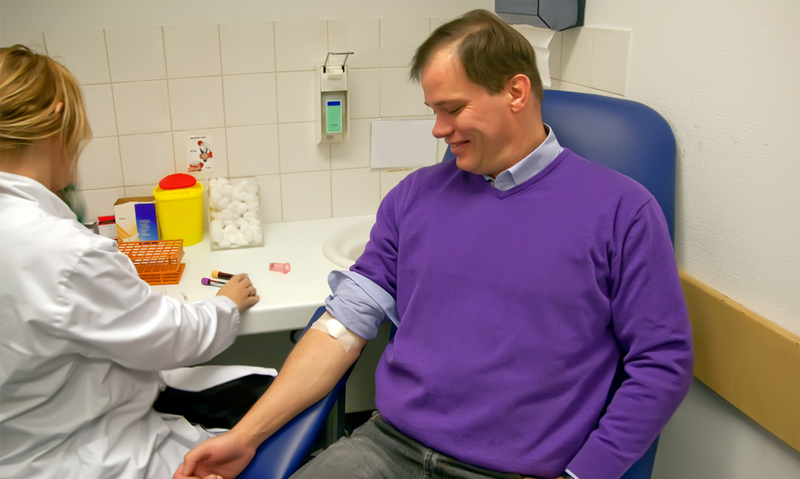 Sarah Colyer
Issue 37 / 28 September 2015
EXPERTS disagree on whether a 200 000 fall in the number of annual prostate-specific antigen tests performed in Australia is cause for concern.
Medicare figures show the number of prostate-specific antigen (PSA) tests performed to screen for prostate cancer has declined from 889 867 in 2011 to 680 979 last year, based on Medicare Benefits Schedule item number 66655. (1)
This decline is closely aligned with falling prostate cancer incidence rates, according to a new report from the Victorian Cancer Registry. (2)
Professor Martin Stockler, professor of oncology and clinical epidemiology at the University of Sydney, told MJA InSight the drop in PSA testing rates was “interesting rather than concerning, and probably appropriate”.
“The figures don’t tell us whether it’s the right people being tested or not”, he said.
However, Professor Tony Costello, head of the department of urology at the Royal Melbourne Hospital, said it was possible declining PSA test rates could lead to more prostate cancer deaths.
Their comments follow publication last week of US research showing that in the year following official advice against PSA-based cancer screening, there was a 28% decrease in incident diagnoses of prostate cancer. (3)
The study found incident diagnoses of prostate cancer fell by 3181 in 2012, the year after the US Preventive Services Task Force released guidelines recommending against PSA-based screening for prostate cancer.
The advice was aimed at reducing detection of indolent cancers, where the treatment harms were likely to outweigh any benefits.
However, the study found that while diagnoses of new low-risk cancers declined by 37.9%, diagnoses of intermediate and high-risk disease also fell by 28.1% and 23.1%, respectively.
The study authors noted a small upward slope in diagnoses of non-localised disease, which they said “raised concern for increasing rates of advanced disease in coming years”.
“While policies in the previous 2 decades led to indiscriminate screening, resulting in a public health crisis of harms associated with over diagnosis and overtreatment, the grade D recommendation risks ushering in an era of indiscriminate delays in [prostate cancer] diagnoses, which could have deleterious effects on downstream outcomes”, they wrote.
The reduction in diagnoses did not vary by patient age, which the authors suggested was concerning given younger, healthier men with intermediate or high-risk disease would have been candidates for aggressive local therapy.
The study lacked the opportunity to control for individual-level covariates, but the authors noted that the incidence of other cancers did not change over the period.
Professor Stockler described the culture of PSA testing in Australia as “extremely heterogeneous” and “very dependent on the attitudes of individual doctors”.
He said new evidence-based clinical practice guidelines in the final stages of NHMRC review would hopefully drive greater consistency in testing practices. The joint draft guidelines from the Cancer Council Australia and the Prostate Cancer Foundation of Australia recommend against routine PSA screening, but say 2-yearly PSA testing may be offered to asymptomatic men between the ages of 50 and 69 years if they wish to have testing and have been informed of the pros and cons. (4)
Professor Costello told MJA InSight there had been “a dramatic, 30% reduction in prostate cancer mortality in the US since screening was introduced”. (5)
“The ‘stop screening’ message is really throwing the baby out with the bathwater”, he said.
Professor Costello said the important message, which had been highlighted in the Melbourne Consensus Statement on the early detection of prostate cancer, was not to “stop screening” but to “uncouple screening from treatment”. (6)
He said figures suggested this was already happening, with 40% of patients with clinically localised disease receiving no active treatment. (7)
Morbidity associated with prostate cancer treatment is less severe than in previous decades. Prostatectomy, for instance, is now often a day procedure, with patients able to return to normal function within 2 weeks.
Professor Frank Gardiner, a consultant urologist at the Royal Brisbane and Women’s Hospital and professor of urology at the University of Queensland’s School of Medicine, said the latest US study highlighted the benefits and disadvantages that could result if PSA testing were indiscriminately reduced.
He said the recommendation not to screen might not have affected prostate cancer survival at the population level, particularly if testing patterns returned to usual. However, individual patients might still have been disadvantaged by the change.
Professor Gardiner said he did not believe Australia had struck the “desirable balance” yet for appropriate PSA testing.
1. MBS Online: Item 66655
2. Cancer in Victoria: Statistics & trends 2014
3. J Urology 2015; Online 15 June
4. Cancer Guidelines Wiki
5. Cancer Causes Control 2008; 19: 175-181
6. BJU Int 2014; 113: 186-188
7. MJA 2013; 198: 540-545
(Photo: ariadna de raadt / shutterstock)