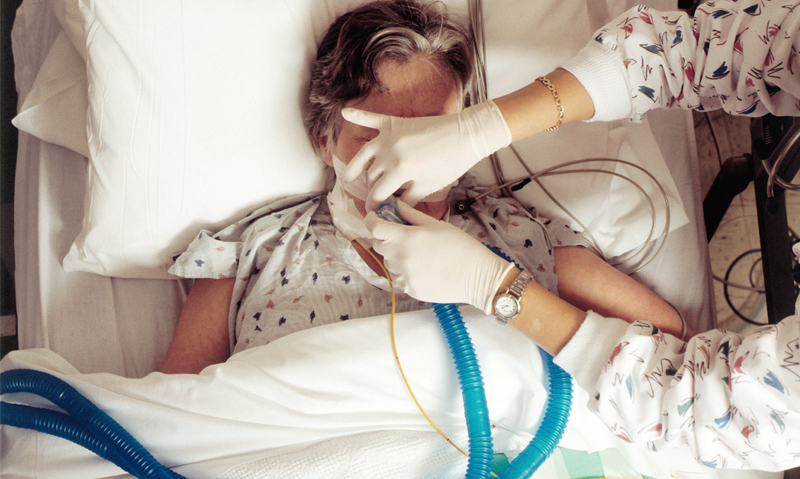 Charlotte Mitchell
Issue 36 / 21 September 2015
AN MJA article saying heart transplantation after circulatory death does not conform to statute law has been rejected by transplant experts, who say it could fuel public distrust of the organ donation process. (1)
Professor Peter Macdonald, medical director of the St Vincent’s Hospital Heart and Lung Transplant Unit in Sydney, told MJA InSight that while the nuances of relevant legislation varied by jurisdiction, “there are no legal barriers to using hearts removed from DCD [donation after circulatory death] donors for transplantation — provided death of the patient is declared consistent with the law”.
He said that of all the DCD heart retrievals carried out so far in Australia, the clinical procedures followed in the diagnosis of death and the start of retrieval surgery were exactly the same as those used in the procurement of any other organ from DCD donors.
The authors of the “Ethics and law” article published in the MJA, Associate Professor James Tibbals, deputy director of intensive care at the Royal Children’s Hospital, Melbourne, and Dr Neera Bhatia, a lecturer at the Deakin University School of Law, wrote that the “source of the problem of heart transplantation after circulatory death is the medical interpretation of the legal definition of circulatory death”.
They wrote that the law in all Australian jurisdictions defined death as either “irreversible cessation of all functions of the brain” (brain death) or as “irreversible cessation of circulation of blood in the body” (circulatory death), although circulatory death was not defined in Western Australian legislation. However, the term irreversible or how to determine irreversibility were not defined.
“The fact that a transplanted heart can function and sustain life in a recipient must mean that the circulation of the donor is never ceased irreversibly and therefore that the donor of the heart is never dead until his or her heart is removed”, they said.
As a result, the dead donor rule, “which would arguably be violated in heart transplantation after circulatory death, needs societal, legal and medical debate followed by revision or abandonment”. The authors wrote that otherwise Australia’s improving organ donation program was at risk of adverse publicity and damage if doctors or hospitals were perceived as procuring organs from patients who were not legally dead.
They proposed that the requirement for irreversibility in the definition of circulatory death be omitted and be redefined as “a cessation of circulatory function with cessation of higher brain function”.
Professor Macdonald said he was concerned that the authors had used the words “circulation” and “heart” interchangeably throughout the article.
“The legal definition is circulatory death, not cardiac death. The term 'cardiac death’ is incorrect both medically and legally”, he told MJA InSight.
“This misinterpretation of the law — replacing the legal definition of circulatory death with the term cardiac death — has been perpetuated in multiple publications including the previous NSW guideline and the current national guideline cited by the authors.”
Professor Macdonald said the need to correct this misinterpretation was one reason that the NSW Organ Donation after Circulatory Death Guidelines were revised in 2014. (2)
He also refuted the authors’ claim that the removal of the heart, and its successful transplantation into another person, meant that the donor could not have been dead.
“In the deceased DCD donor, the heart is no different from the lungs, liver and kidneys – all these organs have ceased to function after death.”
Professor Jeremy Chapman, renal physician at Westmead Hospital and editor-in-chief of Transplantation, agreed, telling MJA InSight that it was misguided to assume that DCD patients only died because their hearts were removed.
“You can put [the donated] heart on a rig and it can recuperate its function and be transplanted into another person and work, but this has nothing to do with the [donor] patient”, Professor Chapman said.
“Ultimately, if I had a major head injury, and my family withdrew therapy and I ceased breathing after the ventilator was switched off, and my heart stops, then I am dead”, he said.
Associate Professor Kumud Dhital, cardiothoracic and transplant surgeon and director of the Sydney Heart Valve Bank at St Vincent’s Hospital, told MJA InSight he was concerned that the article was “giving emotive, pre-eminence to one organ over the others” and that there was misunderstanding and mixing of medical terminology.
Professor Dhital said he believed the authors had failed to convey the important message they set out to accomplish: “To call for an academic and legal convergence and standardisation to aid clinicians in translating the wishes of the donor and their relatives, and saving the precarious life of another individual on a transplant wait list without victimisation”, he said.
He hoped that the article would not negatively affect the general public’s perception of organ donation.
1. MJA 2015; 203: 268–270.e1
2. Organ donation after circulatory death: NSW guidelines
(Photo: Custom Medical Stock Photo / Science Photo Library)
The MJA authors discuss their article on the MJA podcast and video.