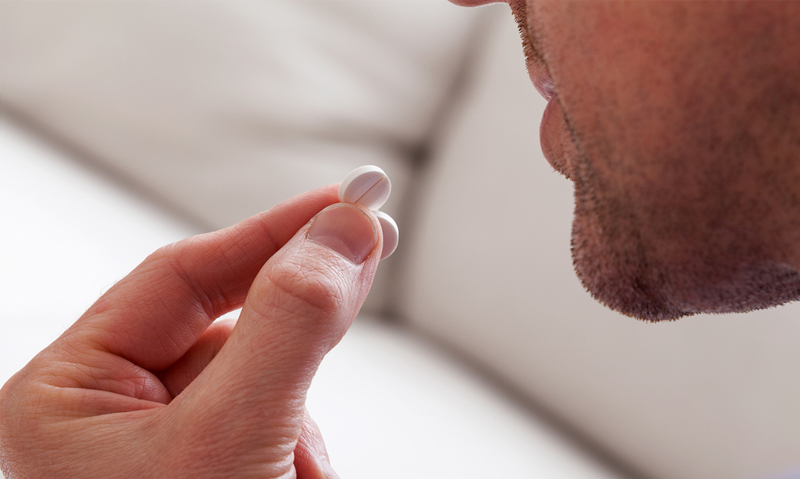 Charlotte Mitchell
Issue 34 / 7 September 2015
EXPERTS are calling for a greater commitment to prevention efforts from the pharmaceutical industry, GPs and policymakers to combat what has been described as a growing epidemic of paracetamol poisoning.
Professor Nicholas Buckley, a professor of clinical pharmacology at the University of Sydney, told MJA InSight that the current “lack of controls on pharmacy sales is the weakest link in Australian regulation in terms of preventing poisoning”.
He said that the cheapest paracetamol tablets and the largest pack sizes were found in pharmacies, particularly discount pharmacies where boxes of 100 tablets were available for less than $2.
“Most very large overdoses involve ingestion of these products, rather than tablets from a supermarket.”
Professor Buckley coauthored updated guidelines for the management of paracetamol poisoning, published today in the MJA. (1)
The guidelines’ authors wrote that paracetamol was the leading pharmaceutical agent responsible for calls to Poisons Information Centres in Australia and New Zealand, with a large proportion of incidents involving accidental paediatric exposures and deliberate self-poisoning.
The management of patients with paracetamol overdose was usually straightforward, but acute deliberate self-poisoning, accidental paediatric exposure and inadvertent repeated supratherapeutic ingestions all required specific approaches to risk assessment and management.
The authors said that the key factors to consider in paracetamol poisoning were the ingested dose and serum paracetamol concentration early on, or clinical and laboratory features which indicated liver damage later.
The main changes from the previous management guidelines included the indications for administration of activate charcoal; the management of patients taking large or massive overdoses; modified-release and supratherapeutic ingestions; and paediatric liquid paracetamol ingestion.
Associate Professor Martin Weltman, a senior staff gastroenterologist at Nepean Hospital, Sydney, told MJA InSight that paracetamol poisoning was becoming “very commonplace” and cases usually fell into one of two categories.
The first included people who consumed a chronic excess of paracetamol, with or without alcohol, and could be taking the drug every day without realising its potential harm. The other group included those who took paracetamol as a combination drug, often with codeine.
“This is becoming an epidemic — people consuming a huge amount of paracetamol on a day-to-day basis and, because codeine is addictive, they become addicted to this combination.”
Professor Weltman said that even among people who only drank alcohol at moderate levels, low doses of paracetamol could cause toxicity.
Professor Buckley said that both GPs and pharmacists could play an important role in reducing the misuse of paracetamol and paracetamol/codeine combinations.
“In many cases this should involve referral for maintenance opioid treatment, as some of these patients are often surprisingly dependent on opiates and have great difficulty in stopping otherwise.”
Professor Buckley said that the Therapeutic Goods Administration had already made changes in 2013 to decrease the maximum paracetamol pack size that could be sold by retailers other than pharmacies from 25 to 20 tablets. (2)
“[However,] it is yet to be seen if this will translate into improved health outcomes, and it should be noted that these restrictions do not apply to pharmacies, and thus may not have the desired effect”, he told MJA InSight.
Professor Weltman agreed that GPs played an important role in preventing paracetamol poisoning, but added “I don’t know if GPs are always aware of what their patients are doing and taking”.
He said that for prevention efforts to be truly effective, the risks of paracetamol consumption must receive more public attention and be a part of health awareness campaigns, which should especially target young people.
“For example, parents need to be aware. They already know about drinking and talk to their kids about that, but they also should be having a discussion about paracetamol”, Professor Weltman said.
However, Professor Buckley cautioned that it was important to reassure the public that “paracetamol is a very safe drug in the correct doses, safer than all the alternative analgesics”.
“We do not want to do anything that might prevent people achieving adequate pain relief, or encourage them to use alternatives with many more side effects such as opiates and NSAIDs [non-steroidal anti-inflammatory drugs]”, he said.
1. MJA 2015; 203: 215–218
2. TGA; Paracetamol: changes to pack size
(Photo: Photographee.eu / shutterstock)

Should a maximum paracetamol pack size of 20 tablets be introduced in pharmacies?

5 thoughts on “Calls for paracetamol action”