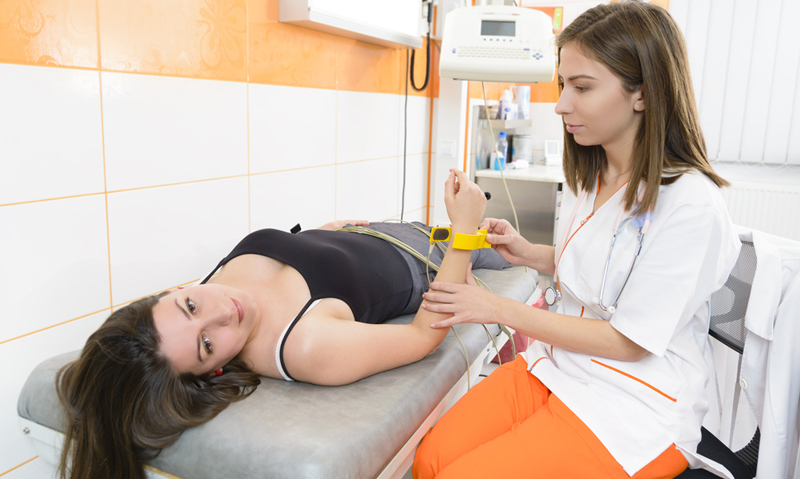 Nicole Mackee
Issue 33 / 31 August 2015
AN Australian expert has warned of a “tsunami” of heart disease emerging in younger age groups, as new US research shows that younger adults, particularly women, are missing out on big improvements in coronary heart disease mortality.
Professor Steve Nicholls, South Australian Health and Medical Research Institute deputy director and Heart Foundation heart health theme leader, said despite some great advances in the prevention and treatment of heart disease, some concerning signals were emerging.
“We see a tsunami of heart disease coming at a much earlier age. This is largely due to lifestyle and the increase in abdominal obesity and its metabolic complications, mainly diabetes. We have been warning of this for years and now we start to see the evidence. Mortality improvements are starting to disappear and our coronary care units seem to be full of younger patients”, he said.
Professor Nicholls’s comments came as research, published in Circulation, showed a “dramatic” 68% overall decline in coronary heart disease (CHD) mortality since 1979, but a slowing decline in younger adults. (1)
The Circulation authors wrote that men and women under 55 years of age showed a substantial decline in CHD mortality until 1990, but the decline had stagnated with minimal improvement in the past 20 years. “This was especially true for women, whose EAPC [estimated annual percentage change] went from -4.6% between 1979 and 1989, to +0.1 between 1990 and 1999, and -1.0.% between 2000 and 2011”, they wrote.
The research analysed mortality data for all individuals aged 25 years and older in the US between 1979 and 2011.
The conclusions on death rates reflect similar findings by the Australian Institute of Health and Welfare in its 2014 report on trends in CHD mortality. (2)
The Circulation authors said several factors could be responsible for the slower decline in the younger population mortality rates, including: an underestimate of the risk which was undermining prevention efforts; increasing rates of overweight and obesity; and rising prevalence of diabetes.
Professor Mark Nelson, professor and chair of the discipline of general practice, University of Tasmania, said there was a concern that women were disadvantaged within the management paradigm for CHD.
“On an absolute risk basis, women are at lower risk and therefore, when it comes to primary prevention, women are not given drugs at equivalent ages to men because women’s risk follows about 10 years behind. And that is actually true”, he said.
However, Professor Nelson said when women had overt ischaemic heart disease, for example, they also tended to be undertreated.
Behavioural risk factors such as alcohol intake, physical inactivity and, until recently, smoking had also been increasing among younger women since the late 1970s.
However, Professor Nelson said more aggressive treatment overall of younger patients and women was not the answer.
“The argument by the Americans will always be that we need to more aggressively treat blood pressure and cholesterol in women — we don’t. We need to do absolute risk calculations, so that women don’t end up assumed to be at low risk or at high risk without a good objective measure”, he said.
An editorial accompanying the Circulation study described the finding as “worrisome”, saying that “requiring CVD screening in young women, and in men, over age 25 years seems warranted”. (3)
Professor Nelson disagreed, saying formal screening for CHD in such young age groups would be a “waste of time”.
“The important thing is to identify adverse health behaviours, rather than think that you’ve got to medicalise them and treat them as having a disease, because they don’t have a disease at that young age … but they can have the risk factors or the behaviours that put them at risk in later life.”
Julie Anne Mitchell, NSW director of health programs at the Heart Foundation, said there was a perception in the community that heart disease was a man’s disease and that women were more at risk from breast cancer
“Cancer organisations have done a fabulous job in raising awareness but to some extent it has displaced a focus on other health issues that affect women. Heart disease is the number one killer of Australian women; it kills three times as many women as breast cancer”, Ms Mitchell said.
The NSW Heart Foundation has launched Go Red for Women, a campaign that targets women from a younger age in a bid to breakdown the stereotype of the typical person with heart disease. (4)
1. Circulation 2015; Online 24 August
2. AIHW 2014: Trends in coronary heart disease mortality
3. Circulation 2015; Online 24 August
4. Heart Foundation: Go red for women
(Photo: Marius Pirvu / shutterstock)