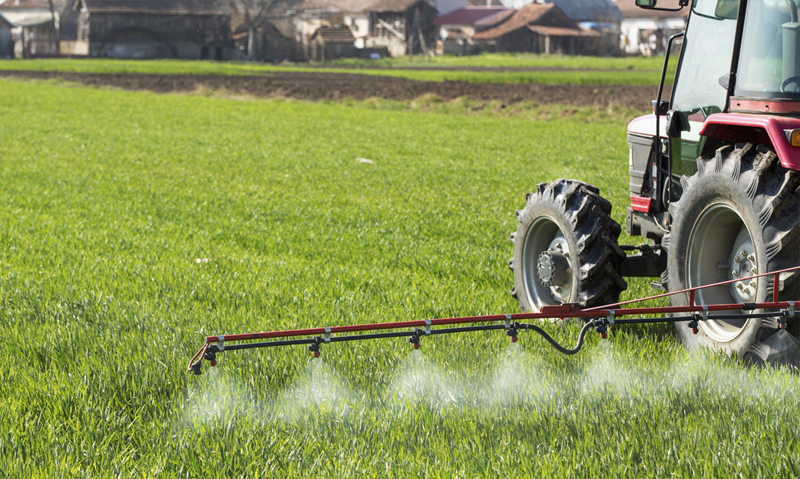 Charlotte Mitchell
Issue 32 / 24 August 2015
AUSTRALIA’s food standard agency says the public should not be worried about the herbicides used to treat genetically modified crops, but two experts have serious concerns about health risks.
Dr Judy Carman, director of the Institute of Health and Environmental Research in Adelaide, told MJA InSight that the safety assessments of genetically modified organisms (GMOs) in Australia were “woefully inadequate”, and there were no requirements to do any valuable animal or human feeding studies.
Dr Carman said the use of the herbicide glyphosate on GM crops was a significant concern, particularly as the WHO’s International Agency for Research on Cancer (IARC) recently upgraded its listing of glyphosate to “probably carcinogenic to humans”. (1)
The continued use of this herbicide on GMOs was putting both crop farmers and consumers at risk, Dr Carman said.
She was responding to an article published in the New England Journal of Medicine which said the move by the IARC to list glyphosate as a probable carcinogen and another herbicide 2,4-dichlorophenoxyacetic acid (2,4-D), as a possible carcinogen, indicated that GM foods might pose hazards to human health that had not been previously considered. (2)
“These classifications were based on comprehensive assessments of the toxicologic and epidemiologic literature that linked both herbicides to dose-related increases in malignant tumors at multiple anatomical sites in animals and linked glyphosate to an increased incidence of non-Hodgkin’s lymphoma in humans”, the NEJM authors wrote.
Fresh concerns were raised about the safety of GM crops when a new combination herbicide of glyphosate plus 2,4-D was approved in the US in 2014. The NEJM authors said this decision was “based on poorly designed and outdated studies and on an incomplete assessment of human exposure and environmental effects”.
They wrote that the US National Academy of Science had recommended the development of new risk-assessment tools and postmarketing surveillance of GMOs, but these recommendations “have largely gone unheeded”.
Professor Stephen Leeder, emeritus professor of public health and community medicine at the University of Sydney and chair of the Western Sydney Local Health District Board, told MJA InSight that GM crops were often engineered to enable the concurrent use of herbicides to reduce weeds that could contaminate the primary crop at much higher doses than would be tolerated by crops that had not been modified.
“Now the problem is that the weeds that are killed by the herbicides are developing resistance, and so more herbicide is needed, and additional herbicides are brought into the battle”, Professor Leeder said.
“[This is] not nice stuff to have on your food.”
However, in a written statement to MJA InSight, Food Standards Australia and New Zealand (FSANZ) said the Australian public did not need to be concerned about these herbicides, saying “all GM foods must be assessed as safe and approved by FSANZ before they can be sold in Australia and New Zealand”. (3)
The statement said that residues of agricultural and veterinary chemicals could only be legally present on food if they complied with maximum residue limits.
“Regular monitoring by FSANZ of residues in ready-to-eat foods shows that residue levels are generally very low and do not pose any health concerns to consumers.”
The NEJM authors have called on the US Food and Drug Administration to revisit the labelling of GM foods, which would “deliver multiple benefits”. “It is essential for tracking emergence of novel food allergies and assessing effects of chemical herbicides applied to GM crops”, they wrote.
However, the FSANZ said this did not apply to Australia, where GM food labelling laws “are some of the most extensive in the world”, requiring any product in which GM material (novel DNA or novel protein) was present to be labelled.
“Highly refined products such as oils and sugars are unlikely to require labelling because DNA and protein, whether novel or not, have probably been removed as a result of processing”, the FSANZ said.
However, Dr Carman said the Australian system was flawed because it assumed “that you can’t find GM DNA in animals that have eaten a GM crop, so you don't have to label the meat, milk or eggs from animals that have eaten a GM crop”.
Dr Carman said FSANZ premarket assessments on GM products needed to be more rigorous and incorporate studies that actually looked for end points that were relevant to human health.
“Before a GM crop is fed to a billion people you should do animal feeding studies to investigate allergies and reproductive outcomes, you should do long-term toxicology studies, you should feed the crop to lab animals for long enough for cancers to develop.”
Dr Carman led a study which randomised 168 pigs to receive either a mixed GM soy and GM corn diet, or an equivalent non-GM diet, for 22.7 weeks, which was the entire commercial lifespan of the pigs. (4)
The research found that the pigs fed the GM diet had heavier uteri and a higher rate of severe stomach inflammation than pigs fed a comparable non-GMO diet.
Dr Carman said that given pigs had a similar gastrointestinal tract to humans, these observed adverse health outcomes of a GM diet needed to be recognised in safety reviews.
1. WHO: IARC 20 March 2015
2. NEJM 2015; 373: 693-695
3. Food Standards: Genetically modified food
4. J Organic Systems 2013; 8: 38–54
(Photo: oticki / shutterstock)

Are you concerned about the use of potentially carcinogenic herbicides on genetically modified crops?