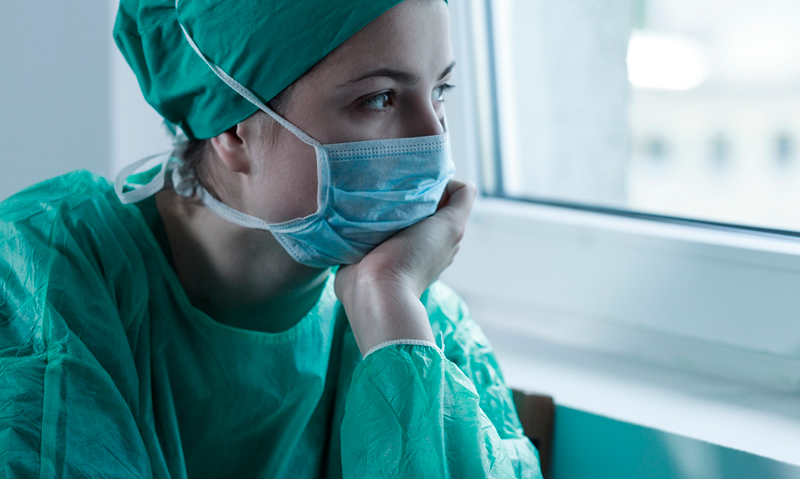 Charlotte Mitchell
Issue 30 / 10 August 2015
AN expert advisory group set up by the Royal Australasian College of Surgeons is due to release the results of its investigation into bullying and discrimination in October, but the college has already made changes to its complaints system to better support victims. (1)
Mr Graeme Campbell, advisory group member and vice-president of the Royal Australasian College of Surgeons (RACS), told MJA InSight that “we used to think that a complaint could be dealt with directly by the employer, but this is too simplistic and people fell between the cracks”.
The expert advisory group was established earlier this year after senior vascular surgeon Dr Gabrielle McMullin told a meeting that complaining about sexual harassment could ruin a trainee's career. (2)
The RACS has now developed a more centralised process for dealing with complaints, which includes a dedicated hotline for complainants to call to speak to a lawyer, who will personally manage their complaint, Mr Campbell said.
He hoped this process would foster a collaborative response to complaints, and encourage more people to put their trust in the system.
Mr Campbell was commenting on an MJA “Perspectives” article by Professor Merrilyn Walton from the University of Sydney, who argued that more enlightened teaching would go a long way to addressing sexual inequality and harassment in medicine. (3)
Professor Walton wrote that while gender-based discrimination and harassment were common challenges faced by women in many workplaces, in medicine there were additional constraints, particularly in surgery.
“Surgery, with its roots in the male apprenticeship model, may underappreciate female learning styles, which can lead supervisors to think female trainees lack commitment or are not cut out for the job, leading to women being belittled, excluded and bypassed on the basis of incorrect assumptions about skills and knowledge.”
It was especially important to nurture female surgeons to become clinical supervisors, and to encourage female surgeons to teach and be involved in mentoring programs, Professor Walton wrote.
She said college policies on harassment and discrimination must be accompanied by strong action by college representatives when instances were brought to their attention.
“That men and women have inherently different characteristics and learning styles is now well established; the next step is to explicitly acknowledge these differences in the design of medical education”, she wrote.
Dr Danika Thiemt, chair of AMA Council of Doctors in Training, told MJA InSight that to date, there was very little verified data regarding the nature of gender-based discrimination in Australian medicine.
“Anecdotally, the numbers are high and from the perspective of doctors–in-training, trainees do feel that gender [contributes to discrimination]”.
Dr Sharon Tivey, president of the Australian Federation of Medical Women, told MJA InSight that discrimination in a learning environment could go “almost unnoticed by the perpetrator and the victim — it is just how things are”.
Professor Nicholas Glasgow, president of Medical Deans Australia and New Zealand, told MJA InSight that while all members of his organisation were united in their wish to eradicate discrimination from medical education, “the difficulty is making this message a reality”.
Professor Glasgow said the best suggestion made by the MJA article was the nurturing of female clinical supervisors.
“Across all industries, it’s important to have [appropriate] representation of women and to have strong women contributing to the shaping of culture.”
He said that as a medical dean, it was very difficult to support students affected by discrimination and bullying in the current system of “natural justice”, where a person who makes an allegation must provide their name, which is then disclosed to the alleged perpetrator.
“This is very scary when there is a power discrepancy [between the victim and the perpetrator].”
Dr Tivey said the medical community must consider better ways of dealing with the authority figures responsible for the discrimination.
She said many women doctors considered this as a major issue, with many examples of perpetrators being promoted and the victim left without a training position or a job.
Dr Thiemt agreed, saying “an external body is needed to report [cases of discrimination and harassment] without the fear of retribution”.
Mr Campbell said the RACS’s new centralised complaints system would be externally monitored, and regular independent reports would be provided to the college on how effectively complaints were being managed.
He said that while serious cases of sexual harassment would be referred to the police, “the majority of other complaints are amenable to non-prejudiced mediation sessions”.
Dr Thiemt said it was significant that the RACS was taking the lead on this issue, considering that surgery is a heavily male-dominated specialty.
However, she said that true change could only happen with the “emphatic involvement of all clinicians across every field”.
1. RACS: Expert Advisory Group
2. ABC News, 23 April 2015
3. MJA 2015; Online 10 August
(Photo: Photographee.eu / shutterstock)

Are you confident that the medical profession can end gender-based discrimination and harassment?

8 thoughts on “Surgeons move on complaints”