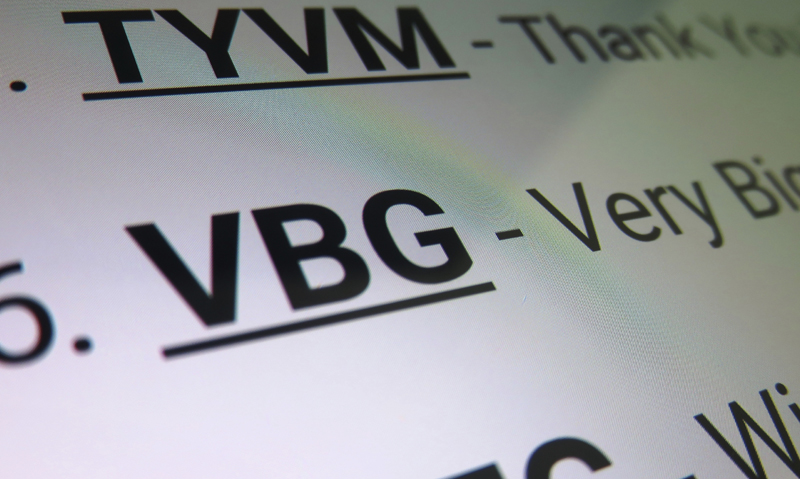 Nicole MacKee
Issue 29 / 3 August 2015
VITAL patient information could be lost in translation because hospital discharge letters include abbreviations that many GPs are not familiar with, according to new MJA research.
The retrospective audit found that abbreviations used in hospital electronic discharge letters were not understood by up to 47% of GPs. (1)
The researchers said their findings highlighted an area that could contribute to patient morbidity or mortality because of miscommunication.
“It would be imprudent to ignore the magnitude of these findings and not act to minimise the potential for problems”, they wrote.
Dr Nathan Pinskier, chair of the Royal Australian College of General Practitioners national standing committee on e-health, said the use of non-standard abbreviations was a common problem.
“Clinicians or institutions seem to develop their own abbreviations over time, which may or may not be understood by other clinicians”, Dr Pinskier told MJA InSight.
“If clinicians don’t understand terms they tend to ignore them or they pretend they do [understand], which creates risk and may lead to inappropriate decision making.”
The research involved an audit of abbreviations used in 200 sequential electronic hospital discharge letters issued in December 2012 from Nepean Hospital, a Sydney tertiary referral centre.
Local GPs were then surveyed about their understanding of the 15 most commonly used abbreviations and five less frequently used but clinically important abbreviations.
Six abbreviations were incorrectly interpreted by more than a quarter of the 155 respondents. The abbreviation SNT (soft, non-tender) was misinterpreted by 47% of GPs; TTE (transthoracic echocardiogram) by 33.3%; EST (exercise stress testing) by 33.3%; NKDA (no known drug allergies) by 32.6%; CTPA (computed tomographic pulmonary angiography) by 31.1%; and ORIF (open reduction and internal fixation) by 28%.
Dr Danika Thiemt, chair of the AMA Council of Doctors in Training, was surprised by the findings.
“I work 100% in public hospitals and none of the abbreviations were a huge surprise to me. It’s very worrying that there is this mismatch between the people writing the letters— the doctors in training — and those receiving them — the GPs”, Dr Thiemt said.
She said the move to e-health records would provide an opportunity to better define terms, but ensuring that communication about patient care was clear and well understood across the health care system should be the focus of all clinicians.
“Good communication is good health care, and this should be the basis of all interactions between not only doctors and patients, but between health care teams. It’s vitally important that we communicate properly between our hospital system … and our primary care givers.”
Dr Thiemt supported the continued use of abbreviations in hospital discharge summaries because they enabled time-pressed hospital doctors to convey a lot of information in a concise manner.
She acknowledged that it was important to ensure the people using abbreviations “know what they mean, and the people receiving the summaries can readily interpret them”.
Dr Sara Bird, MDA National manager of medicolegal and advisory services, said the study was a useful reminder that electronic notes were not immune to the misinterpretations that had sometimes arisen in handwritten notes.
She said the audit suggested that “a whole language” had developed in hospital settings, which remained foreign to community-based clinicians.
“There hasn’t perhaps been a lot of consideration as to what the end-user makes of that information. The way things are recorded in the hospital setting is going to be different to what’s recorded in a general practice setting,” Dr Bird said, adding that many of the junior medical officers writing discharge summaries would have never worked in community practice.
While MDA National had not received complaints relating to the misinterpretation of abbreviations used in electronic discharge summaries, Dr Bird said, in the event of an adverse outcome, the medicolegal onus would lie with both the doctor who had written the summary and the doctor who had received it.
Dr Pinskier said that in his role as medical director of an after-hours deputising service, he encouraged doctors to write out the clinical notes in full, with the exception of well-recognised clinical abbreviations, such as AMI for acute myocardial infarction.
“It takes longer, but it’s much clearer and reduces confusion,” he said.
Measures to ensure clear communication between the hospital and community health sectors should be undertaken “sooner rather than later”, Dr Pinskier said.
The first step would be to agree on a set of key terms and circumstances where it would be appropriate to abbreviate them. Including standardised terms in medical software would also need to be accompanied by education for doctors.
“It’s a question of understanding the clinical process of documentation … looking at the workflow, how documents are created and understanding what the common abbreviations are”, he said
1. MJA 2015; 203: 147e.1-147e.4
(Photo: tzahiV / iStock)

22 thoughts on “Lost in translation”