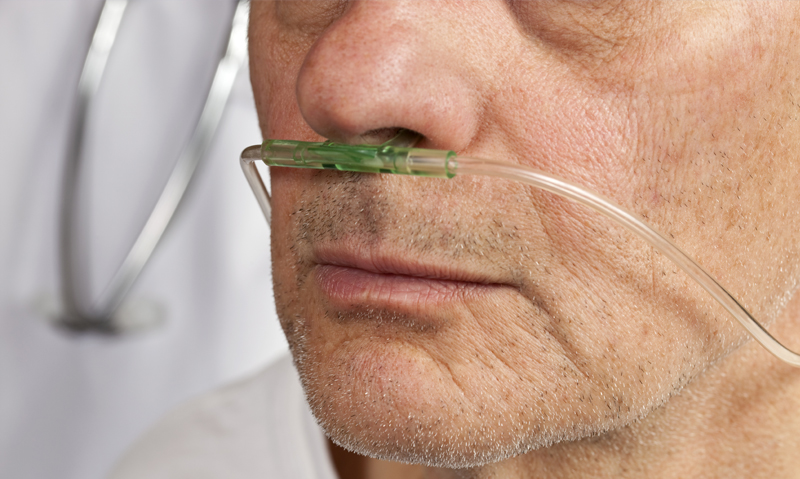 Charlotte Mitchell
Issue 28 / 27 July 2015
NEW guidelines to help minimise the hazards of oxygen administration in acute care have been welcomed by experts.
Dr Simon Joosten, respiratory specialist and fellow of the Royal Australasian College of Physicians, told MJA InSight said the guidelines, from the Thoracic Society of Australia and New Zealand (TSANZ), addressed the problem of oxygen being given too easily in hospitals, “often without a thought to the potential risks, and at a much greater rate than is necessary”.
However, he emphasised that much more must happen before oxygen could be formalised as a drug. “It’s all good and well to have guidelines, but making people aware of them and then changing practice is the real issue.”
Dr Joosten was commenting on an MJA editorial which highlighted the importance of regularly monitoring oxygen use to maintain saturation levels within the prescribed range. (1)
The editorial authors, Professor Haydn Walters from the University of Tasmania, and Associate Professor Greg King, of the University of Sydney, wrote that a core and firm principle of the TSANZ guidelines was to formalise the use of oxygen as a drug “that is rationally and precisely prescribed”.
They said that meant it should have a specified mode of delivery, with nasal cannulae their preferred option, a flow rate (or FiO2) and rational target range of oxygen saturation.
While oxygen therapy was a common clinical approach, existing evidence for its use was at best anecdotal, and mainly cultural, they wrote. The guidelines for oxygen use in the acute medical setting, to be published soon in Respirology, would help provide evidence-based interpretation in this currently confusing area.
The guidelines had already been endorsed by the TSANZ board and a wide range of other professional medical, nursing and allied health bodies.
The saturation range recommended allowed “both deterioration and improvement in the patient’s condition to be detected easily and in a timely way, rather than being masked by overoxygenation”, the authors wrote.
They said the emphasis of the guidelines was “on heeding changes in the levels of oxygen saturation, not for their own sake, but as a reflection of the underlying condition”.
The guidelines support initial arterial blood gas measurements to define the true oxygen and carbon dioxide status of the patients. They also include sufficient safety margins to account for the variability of pulse oximeters in monitoring oxygenation levels.
Professor Ian Yang, director of thoracic medicine at The Prince Charles Hospital and head of the University of Queensland Northside Clinical School, said the guidelines reflected the move towards a more systematised approach to complex prescriptions in Australia.
“For example, anticoagulation charts for [intravenous] heparin and commencing oral warfarin, and insulin charts, have proven to be practical and safe”, he told MJA InSight. “The same could be done for oxygen prescription in the acute setting — to give the multidisciplinary health care team a practical guide for individualising safe oxygen therapy for inpatients under their care.”
Professor Richard Beasley, a respiratory physician and spokesperson for TSANZ, told MJA InSight that the guidelines had been developed to be used by “all health professionals responsible for the administration and/or monitoring of oxygen therapy”.
“This includes the community and hospital settings, but excludes perioperative and intensive care patients”, he said.
Professor Beasley said that once published, the TSANZ guidelines should form part of the ongoing training of physicians in oxygen therapy best-practice.
However, Dr Joosten said the implementation of guidelines were always a “hard sell” to hospital nurses and doctors, who are often overburdened with paperwork, policies and procedures.
“The TSANZ guidelines are essentially — and quite rightly, in my opinion — making it more difficult to prescribe oxygen and potentially increasing the documentation required to do so.
“I cannot see the TSANZ being able to implement this sort of change on their own, perhaps [they will need] the help of regulatory bodies such as the Therapeutic Goods Administration or some other overarching body that can influence hospital policy”, Dr Joosten said.
1. MJA 2015; Online 27 July