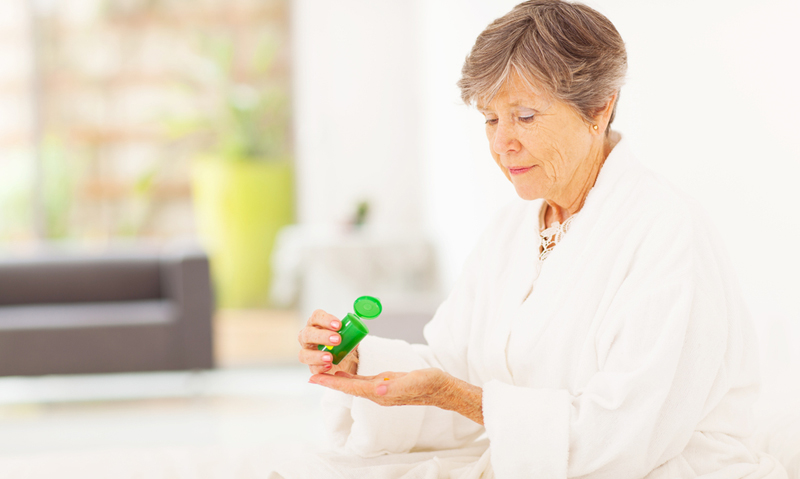 Charlotte Mitchell
Issue 28 / 27 July 2015
AUSTRALIAN experts have refuted an article published in The BMJ that claims there is a lack of evidence on the benefit of calcium and vitamin D in the treatment of osteoporosis. (1)
In a joint statement to MJA InSight, Professor Peter Ebeling and Dr Greg Lyubomirsky, the medical director and CEO of Osteoporosis Australia, said their organisation acknowledged the ongoing controversy surrounding this issue and would not “shy away” from changing their recommendations in the future.
However, they said The BMJ article failed to present a balanced view of existing evidence, and Osteoporosis Australia would maintain its position that “calcium and vitamin D play a key role in the maintenance of bone health, and adequate intakes and levels are required throughout life for Australians”.
The BMJ analysis included a range of clinical trials that assessed the harms and benefits of vitamin D and calcium use in the treatment of osteoporosis.
The authors wrote that by the end of 2010, 14 large randomised trials of calcium supplements, vitamin D supplements, or a combination, had been published. Of these, three reported a reduction in fracture risk, nine no effect, and two an increased risk of fracture. Among 24 smaller trials that had been conducted, 21 found no effect.
Evidence on harms associated with supplementation had also started to emerge, including gastrointestinal symptoms, kidney stones, falls and adverse cardiovascular outcomes, including myocardial infarction and stroke, they wrote.
Dr Paul Glendenning , a Perth endocrinologist, told MJA InSight that he disagreed with the arguments made by The BMJ authors, saying they had “selectively” quoted research findings.
"The data they quoted were largely their own analyses, and in totality it doesn’t actually establish a convincing case for any increase in cardiovascular risk."
Dr Glendenning said there were also notable randomisation and adjudication biases associated with some of the individual trials which skewed the conclusions.
“If there is an increase in cardiovascular morbidity, why then are we not seeing any change in [the number of cases] or cardiovascular mortality rates?”
However, Dr Glendenning said it was important to bear in mind that supplementation with calcium and vitamin D was just one part of osteoporosis management.
Among patients with a higher fracture risk, “additional antiresorptive treatment in combination with calcium and vitamin D is needed”, he said.
Professor John Eisman, director of clinical translation and advanced education at the Garvan Institute, agreed, telling MJA InSight that the promotion of calcium and vitamin D intake should be grouped into the “healthy lifestyle” advice that doctors gave to their patients with osteoporosis.
The BMJ authors argued that one reason why supplementation continued to be widely recommended despite the lack of efficacy was due to the vested interests of industry, and their influence with advocacy organisations and academia.
"Advocacy organisations and specialist societies should eschew corporate sponsorship, and academics should not engage with advocacy organisations until it is clear that such commercial ties have been severed”, they said.
Professor Eisman said he was disappointed that the authors had framed their argument this way.
“There’s a big difference between doctors recommending calcium and vitamin D intake as part of a healthy lifestyle, and them being in the pockets of Big Pharma.”
Professor Eisman said this argument reflected a broader trend of distrust towards research conducted by pharmaceutical companies, which was akin to “throwing the baby out with the bathwater, especially when we have clear randomised controlled evidence of benefits of pharmacotherapy in osteoporosis”.
However, all experts agreed on the need for additional research into the harms and benefits of vitamin D and calcium supplementation, especially in relation to cardiovascular risk.
Professor Ebeling and Dr Lyubomirsky said that to date, adverse events had not been a major focus of osteoporosis prevention trials, and it was important that adverse outcomes were verified by research.
“[So far], when adverse events are externally verified, most findings suggest that a link between calcium supplementation and cardiovascular events is not clearly established”, they said.
In a written statement to MJA InSight, the Therapeutic Goods Administration said that in the past 12 months, it had not received any complaints regarding the efficacy or adverse events associated with products used in osteoporosis treatment.
Osteoporosis Australia said the current conjecture over supplementation should be addressed through ongoing medical education about safe levels of calcium and serum vitamin D for patients.
1. BMJ 2015; Online 21 July
(Photo: michaeljung / shutterstock)

Do you think the benefits of vitamin D and calcium supplementation for osteoporosis outweigh the risks?