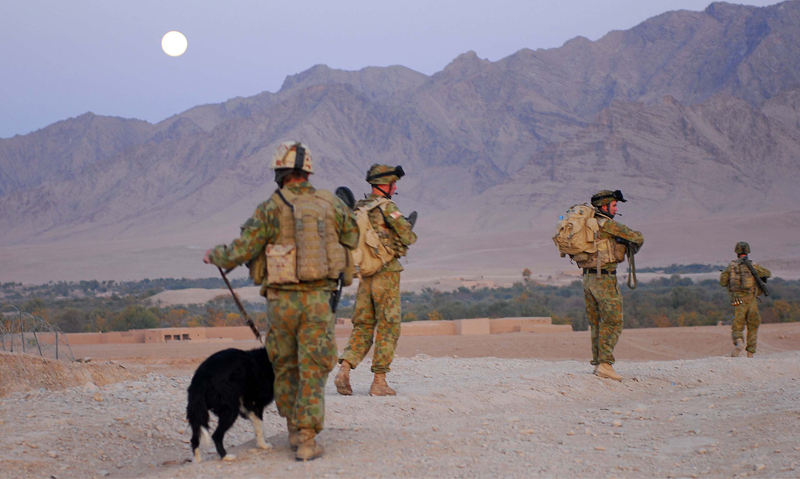 Nicole MacKee
Issue 28 / 27 July 2015
AN active and sustainable strategy is needed to support war veterans who experience post-traumatic stress disorder (PTSD) decades after being involved in combat, says leading Australian expert Professor Alexander McFarlane.
Professor McFarlane, director of the Centre for Traumatic Stress Studies and professor of psychiatry at the University of Adelaide, said ongoing government support, along with continued development of the clinical skill-base in managing PTSD was essential to deal with the “very long tail effect” of PTSD among war veterans.
Professor McFarlane’s comments came as US researchers reported that an “important minority” of Vietnam War veterans still experienced PTSD symptoms 40 years after the war. (1)
The longitudinal study followed up 1450 veterans assessed under the National Vietnam Veterans Readjustment Study, conducted from 1984 to 1988. They served either in the theatre of war or were in the US military but did not serve in the war.
The researchers defined PTSD according to DSM-5 criteria plus “subthreshold PTSD”, which encompassed all cases that would be diagnosed with PTSD according to DSM-IV criteria. They estimated the prevalence of current war-zone-related PTSD as 4.5%; of current plus subthreshold war-zone PTSD as 10.8%; and of lifetime war-zone PTSD as 17.0%.
“An important minority of Vietnam veterans are symptomatic after 4 decades, with more than twice as many deteriorating as improving”, the study authors wrote.
Professor McFarlane said the prevalence of PTSD among Australia’s Vietnam War veterans was likely to be in line with the US, given that Australian troops were predominantly sent into combat roles.
“We should anticipate that there is going to be this continuing emergence of the disorder with the passage of time. This means that you need to sustain your systems, particularly as a war becomes history and there is less public awareness”, he told MJA InSight.
“You certainly should assume that there is going to be a sustained need, including from individuals who first seek care many years after a war has ended”, he said.
Professor McFarlane is an investigator for the Transition and Wellbeing Research Programme, which will assess the mental, physical and social health of former and serving military personnel. (2)
Dr Paul Alexander, a former Commander Joint Health and Surgeon General with the Australian Defence Force, said maintaining awareness of the long-term impact of PTSD on former military personnel was crucial.
“As we move into a phase where our deployment may not be as large [as it has been in the past], it’s important to maintain the profile and awareness that this is a problem that will continue to exist. There are some real issues in ensuring that people get the most appropriate care at the right time, which is as soon as they possibly can”, said Dr Alexander, who serves on the boards of veterans support organisations Solider On and Wandering Warriors.
He said the experience of Vietnam veterans was a timely warning of the importance of providing information to the veterans of more recent conflicts, such as those in Iraq and Afghanistan.
“We need to continue to have programs in place to ensure that if problems occur, our younger veterans are not reluctant to come forward and seek help.”
Dr Alexander said the Australian Defence Force (ADF) had comprehensive screening and early intervention programs, and the Department of Veterans Affairs (DVA) had a world-class program of support. However, he said problems could occur once servicemen and women had left the defence forces.
While the ADF and DVA worked well together and shared information to ensure that transition was as seamless as possible, there were some barriers that could be addressed to improve the service.
“Just because veterans don’t have a problem when they leave the service, it doesn’t mean [a problem is] not going to develop one, 10, 20 or 30 years later”, Dr Alexander said.
Professor McFarlane said while he supported the importance of the recent focus on early intervention, it was not proven to prevent the long-term consequences of exposure to trauma.
An editorial accompanying the JAMA study also raised concerns about the altered definition of PTSD with the release of the DSM-5 in 2013. (3)
Writing in The Lancet Psychiatry last year, Professor McFarlane called for the indefinite suspension of the DSM-5 definition. (4)
He said the new diagnostic criteria raised a “very significant issue” as they could disqualify some veterans who legitimately required access to services and entitlements through the DVA.
While the DVA was not able to comment on this before going to press, a spokesperson said the mental health needs of veterans were a priority.
“The DVA is implementing a wide range of strategies and resources in this area, including improved access to mental health services and support and undertaking a range of research activities”, the spoklesperson said.
1. JAMA Psychiatry 2015; Online 22 July
2. The Transition and Wellbeing Research Programme
3. JAMA Psychiatry 2015; Online 22 July
4. Lancet Psychiatry 2014; 1: 246-247
(Photo by Corporal Rachel Ingram)