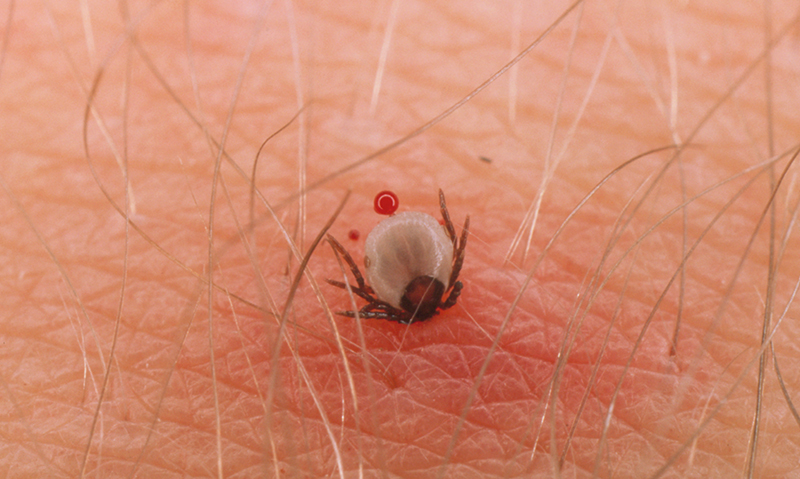 Be alert for Lyme disease

Charlotte Mitchell
Issue 25 / 6 July 2015
WHILE debate over the existence of Lyme disease in Australia continues, experts agree on the importance of GPs being alert to the disease in patients who have travelled overseas.
Professor Miles Beaman, medical director of Western Diagnostic Pathology and clinical professor of microbiology at the University of WA, told MJA InSight that “despite the press hysteria, there is no endemic Lyme disease in Australia”.
“Cases that do occur are imported from a known endemic area — which is most of the rest of the world.”
Professor Beaman was responding to a report published this week in the MJA which detailed the first case of Lyme neuroborreliosis in a returned Australian traveller. (1)
The 58-year-old woman presented to a NSW rural hospital in May 2014 with a history of worsening motor instability, confusion and bilateral occipital headaches. Her symptoms started 1 month after returning from a trip to Lithuania, where she had been bitten by a tick.
On presentation, there were no focal neurological signs, and cardiovascular, respiratory and gastrointestinal parameters were within normal limits. Serological screening of the patient’s serum and cerebrospinal fluid showed a positive immunoglobulin response to Borellia antigens. The results were confirmed by western immunoblotting.
The patient completed 2 weeks of treatment with intravenous ceftriaxone, and 5 months later her cerebrospinal parameters were normal. The patient continued to see her GP and made a good clinical recovery.
The authors wrote that the case highlighted how Lyme disease could present with non-specific symptoms that could persist for weeks to months after infection. “A careful travel history is therefore an important part of the assessment of any patient with clinical features suggesting the disease.”
Professor Peter Collignon, executive director of ACT Pathology and infectious diseases physician at Canberra Hospital, echoed Professor Beaman’s statement, telling MJA InSight “I do not believe we have Borrelia in Australia”.
However, he said the case report did highlight the importance of health professionals asking patients if they had travelled recently, especially if they presented with acute respiratory symptoms.
“Yes, it takes extra time but without asking we could diagnose Lyme disease as something else”, Professor Collignon said.
Dr Stephen Graves, microbiologist and spokesperson for Lyme disease for the Royal College of Pathologists Australasia (RCPA), was also “confident” that Lyme disease does not occur in Australia, but told MJA InSight that the case report confirmed “that we certainly do have the ability to diagnose Lyme disease here”.
Dr Graves said that while no diagnostic protocol was uniformly accepted as ideal, the two-tier system of enzyme immunoassay followed by confirmatory western immunoblotting used by the MJA authors was the most effective, and is endorsed by the RCPA. (2)
He said many laboratories in Australia and other parts of the world “were not doing these tests properly, which is where the problem of false-positives arises”.
Professor Beaman agreed, saying a common problem was doctors not properly assessing pre-test probability and “ordering the wrong tests from the wrong laboratories”.
However, Jennifer Sherer, vice present of the Lyme Disease Association of Australia, told MJA InSight her association disagreed with the assertion that Lyme disease did not exist in Australia, saying research was indicating otherwise.
A study published last week detected a relapsing fever Borrelia species in Australian ticks, as well as other potential pathogens. (3)
The Murdoch University researchers conducted an analysis of Ixode holocyclus and I. ricinus ticks collected in Australia and Germany respectively. They found evidence of Borrelia burgdoferi sensu lato (the aetiological agent of Lyme disease) in the German ticks but not the Australian ones.
However, they wrote that the relapsing fever Borrelia could potentially produce symptoms consistent with Lyme-like disease, but more research was needed to confirm this.
“The aetiological agent of Australian ‘Lyme-like’ illness has been a source of unresolved debate for many years and the discovery of these organisms in Australian I. holocyclus ticks may provide insights into this medical conundrum”, the researchers wrote.
Ms Sherer said research like this, in addition to the number of Australians travelling to Lyme endemic regions, highlighted the need to improve medical education, saying she had spoken to GPs who had never even heard of Lyme disease.
“This is often why many [people] with Lyme disease prior to diagnosis visit in excess of six doctors, with some detailing over 20 different doctor visits before being diagnosed”, she said.
1. MJA 2015; 203: 39–40
2. RCPA 2014; Diagnostic laboratory testing for Borreliosis
3. Parasites & Vectors 2015; 8: 345
(Photo: Dr Morley Read / Science Photo Library)

5 thoughts on “Be alert for Lyme disease”