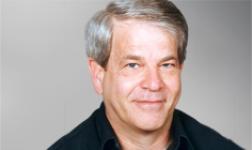 Michael Gliksman
Issue 22 / 15 June 2015
PASSED through both Houses of Parliament with the supine acquiescence of the Labor Opposition, the federal government’s Border Force Act 2015 is a law no doctor can ethically obey.
Its provisions represent a disturbing development in an already harsh system that incarcerates children, without recourse, for many years.
Ethical demands may be alien to Australia’s politicians but for Australian doctors, they are mandatory. Those enunciated in the Declaration of Geneva (Physician’s Oath) are reinforced by the specialist medical colleges and the Medical Board of Australia which, among other provisions, requires doctors to:
3.6.4: (Be) alert to children and young people who may be at risk, and notifying appropriate authorities, as required by law.
8.11 … recognise and resolve this conflict in the best interests of the patient (my emphasis).
This is additional to legislation in every state that requires mandatory reporting of a reasonable suspicion of child abuse.
Yet, under the provisions of the new Act, doctors working in asylum seeker detention facilities face 2-year jail terms if they reveal details of any abuse or substandard care they have witnessed.

This would include the case of an 11-year-old boy, the subject of this x-ray, who was denied surgery by the Immigration Department, despite unanimous opinions from several specialists, that expedited surgery is necessary. Last week, after an unconscionable delay that adversely affects the prognosis, the Immigration Department said the boy has finally had corrective surgery.
Whoever provided the x-ray and the information regarding refusal of treatment broke the provisions of the Act. Yet it was only after they did so that there was any suggestion that specialist treatment might be provided by the medical contractor International Health and Medical Services, or the department it serves.
Former and current medical staff, teachers and social workers who signed and released an open letter in April that referred to sexual abuse occurring at the Nauru detention centre could now be charged and prosecuted under the Act.
Arguably then, the Act encourages criminal behavior by providing protection for abusers by not reporting their alleged crimes. If it was the government’s intention to protect child abusers and the politicians responsible for them, this Act could not have been framed better.
Doctors working at detention facilities will be subject to a secrecy oath that requires them to seek permission from the Australian Border Force Commissioner to discuss any detail of their work, including incidents of child abuse, in direct contravention of registration requirements, ethical constraints and state child protection legislation.
A report made to the alleged perpetrators’ employers is not a satisfactory replacement for the ethical standards required of doctors, or for the protections offered to children by reporting to independent outside organisations. Condemnation of the Act is universal in the medical community, including overseas.
At its national conference last month, the AMA unanimously passed a motion calling for the government to amend the Act to exempt from prosecution medical practitioners who disclose failures in health care delivery in immigration detention centres.
Until this happens, no doctor should accept any work with the Immigration Department, especially in its detention facilities, if you are required to agree to the provisions of this abhorrent Act.
Dr Michael Gliksman is a past vice-president of the AMA (NSW) and is a committee member of Doctors for Refugees. Follow him on Twitter @MGliksmanMDPhD and at www.afairsoceity.com.au
The MJA this week includes two editorials on children in detention — one by Gillian Triggs, of the Australian Human Rights Commission, and the second from the Royal Australasian College of Physicians

Has the federal government gone too far in threatening to jail doctors who reveal abuse or substandard care in immigration detention centres?