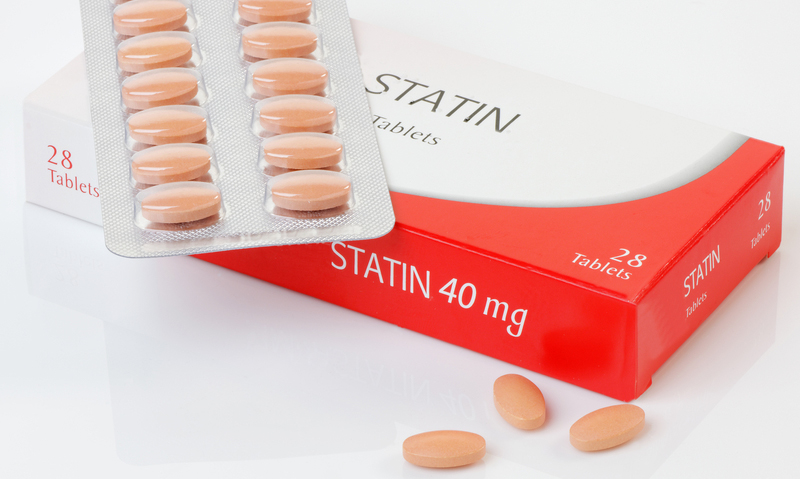 Charlotte Mitchell
Issue 22 / 15 June 2015
A SUSTAINED and significant decrease in overall statin dispensing, affecting more than 60 000 people, has been blamed on a 2013 episode of the ABC program Catalyst, which criticised statin medications.
Dr Jennifer Johns, a Melbourne cardiologist and president of the National Heart Foundation, told MJA InSight that while Catalyst was produced by a highly regarded and trusted network, the report on statins was “extremely misleading”.
“The program did get it wrong — and people believed it”, Dr Johns said.
Research examining the impact of the two-part science journalism program, published in the MJA, was based on a 10% random sample of people who were dispensed Pharmaceutical Benefits Scheme (PBS)-listed statins from 2009 to 2014. The analysis was restricted to long-term concessional beneficiaries — who consisted of older, low-income, sick and disabled people — representing about 51% of all people dispensed a statin. (1)
The authors used PBS records to measure changes in weekly dispensing and discontinuation of statins, using the dispensing of proton pump inhibitors (PPIs) as a comparator. The average age of the statin users in the study in 2013 was 72 years.
In the study sample, 191 833 people were dispensed an average of 26 946 statins weekly. Following the Catalyst program, 2.6% fewer statins were dispensed every week (a total of 504 180 fewer dispensings of statins), which the researchers said equated to 60 897 Australians affected up to 30 June 2014 due to increased discontinuation, decreased initiation and/or poor adherence.
The authors found no significant changes in PPI use after the Catalyst program.
They said that even though the observed effect of Catalyst was small, the prevalence of statin use in Australia and the established efficacy of the drug meant that a large number of people were affected, and they could suffer unnecessary consequences.
“The subsequent retraction of the program may counteract some of the apparent negative impact, but this remains to be seen”, the authors wrote.
Associate Professor Leon Simons, professor of medicine and director of the lipid research department at the University of NSW, told MJA InSight that this study was one of many that had demonstrated how an adverse media report can influence patient behaviour.
Professor Simons said it was unfortunate that while the positive results of research showing the cardiovascular benefits of lipid therapy were often not considered newsworthy, “the slightest hint that any medical therapy may have adverse effects leads to sensational headlines”.
He said in a democracy claims made by the media could not be regulated or legislated, but the medical community could be more proactive.
“Patients should be advised not to derive any personal health advice from the media. Instead, they should be offered balanced advice sourced from scholarly and academic bodies.
“For example, there is a brilliant patient education document on statin benefits and side effects just published by the American Heart Association in Circulation. I will be giving a printed copy to each of my patients with concerns about statins”, Professor Simons said. (2)
Professor Ian Hamilton-Craig, clinical lead and professor of internal medicine and preventive cardiology at Griffith University’s school of medicine, agreed that a continued effort by doctors was needed to emphasise the role of statins in reducing heart attack and stroke rates in people at all risk levels.
“Patients who complain of statin adverse effects need to be assessed carefully to ensure the symptoms are related to statin therapy and not to other causes”, he told MJA InSight.
Professor Hamilton-Craig said that following the Catalyst broadcast, many clinicians noticed the drop in statin use and they “expressed concern that the benefits of statin therapy were being lost through inappropriate discontinuation”.
Dr Johns said she had received a number of phone calls and emails from her patients who had seen the program and were worried about their own statin therapy.
“A few patients had stopped taking their statins, but it was an opportunity to revisit a patient’s individual risk for cardiovascular disease.”
Dr Johns said there was one positive outcome from the Catalyst program — it put the spotlight back on cardiovascular health and reopened public discussion.
“There’s this sense that we’ve ‘fixed’ heart disease, and people have now become much more worried about cancers. But the battle against heart disease is not over”, Dr Johns said.
1. MJA 2015; 202: 591-594
2. Circulation 2015; 131: e389-e391
(Photo: roger ashford / shutterstock)

How can doctors assist patients who have stopped, or want to stop taking statins because of media reports such as the Catalyst program?

13 thoughts on “The Catalyst effect”