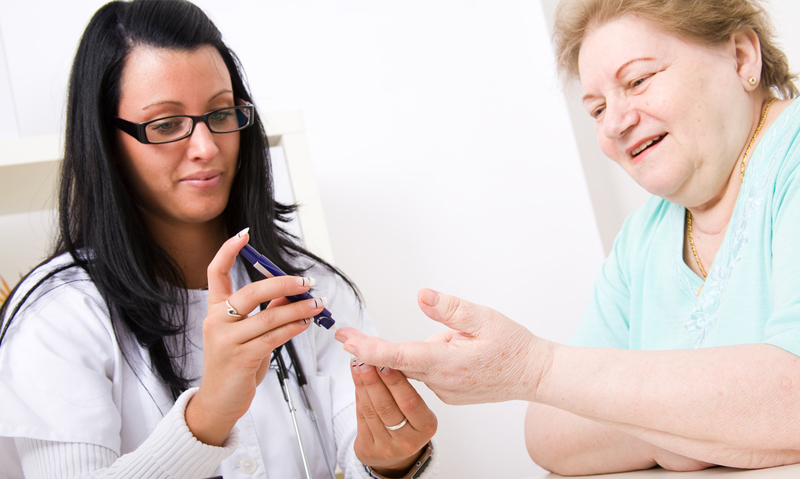 EXPERTS say doctors should aim for intensive glucose control for patients with type 2 diabetes to reduce the risk of cardiovascular problems — but only when it is safe to do so.

Professor Mark Nelson, professional research fellow at the Menzies Institute for Medical Research, Hobart, and chair of general practice at the University of Tasmania, told MJA InSight that it was crucial to recognise the role glucose control played in maintaining heart health, and to approach type 2 diabetes as a cardiovascular disease.

However, Professor Nelson emphasised that the age of a patient was an important factor.

“Achieving tighter glucose control is easier early on, but in the elderly this is much harder because it can lead to other problems.”

Professor Nelson was responding to a US randomised controlled trial, published last week in the New England Journal of Medicine, which found patients with type 2 diabetes assigned to intensive glucose control had a significant 17% relative reduction in the time to the first major cardiovascular event compared with a standard-therapy group after 10 years of total follow-up. (1)

The research was an extended follow-up study of the Veterans Affairs Diabetes Trial, which had previously shown that intensive glucose lowering compared with standard therapy did not significantly reduce the rate of major cardiovascular events among 1791 military veterans after a median 5.6 years of follow-up.

In the latest study, the intensive-therapy group had a significantly lower risk of heart attack, stroke, new or worsening congestive heart failure, amputation for ischaemic gangrene, or cardiovascular-related death than the standard therapy group, with an absolute reduction in risk of 8.6 major cardiovascular events per 1000 person-years.

The mean glycated haemoglobin levels in the intensive therapy group were 6.9%, compared with 8.4% in the standard therapy group.

However, compared with standard therapy, intensive glucose control was not associated with a significant decrease in all-cause mortality after almost 12 years of follow-up.

The authors said their results provided further evidence that improved glycaemic control could reduce the rate of major cardiovascular events. However, they said that in the absence of a reduction in total mortality “a small-to-moderate reduction in the rate of cardiovascular events needs to be weighed against potential harm due to overly aggressive care and the burden, long-term safety profile, and side effects of treatment, including weight gain and hypoglycemia”.

Professor Nelson welcomed the findings of the study and believed the researchers “have pretty much got it right”.

He did not believe the absence of a reduction in overall mortality was a cause for concern, because “it’s asking a lot of any intervention like this to be able to prevent death”.

“This study was based on only a 10-year follow-up, but we know that diabetes is a long-term condition, not a short-term one”, he told MJA InSight.

“Just because we didn’t see a reduction in the number of deaths in this time frame, doesn’t mean we shouldn’t expect to see a reduction over a much longer period of time.”

Professor Merlin Thomas, of the Baker IDI Heart and Diabetes Institute, Melbourne, agreed. He told MJA InSight that the possible delay in a discernible decrease in mortality could be because “the molecular legacy triggered by long periods of poor glucose control is only slowly reversible, at best”.

Professor Thomas believed the research confirmed that even brief periods of suboptimal glucose control “can cast a long shadow over the lives of people with diabetes”.

The results of the study also gave weight to “the current strategy of intensively treating individuals with poor glucose control early in their disease course”.

Professor Andrikopoulos said he did not believe this strategy would be compromised by the recent announcement by federal Health Minister Sussan Ley that unrestricted access to test strips would no longer be covered under the Pharmaceutical Benefits Scheme. (2)

He said that among patients with type 2 diabetes, there was a lesser need to self-test multiple times a day or week.

“So no, I do not think this decision will have too much of an impact on this group of patients.”