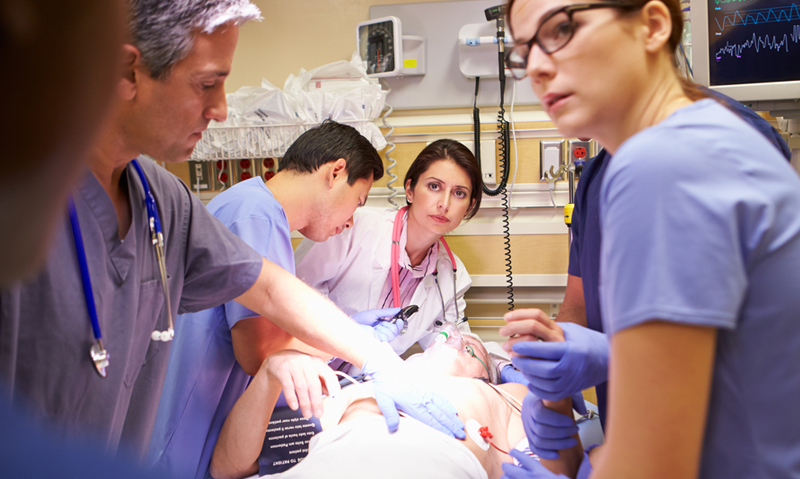 EXPERTS want a more streamlined and cost-effective approach to identifying acute coronary syndrome in patients presenting to the emergency department, but warn that this must not compromise accuracy in diagnosis.

Associate Professor Louise Cullen, senior staff specialist at the department of emergency medicine at Royal Brisbane and Women’s Hospital, told MJA InSight that “the biggest risk of having a more rapid process is that we end up moving so quickly in assessing patients that we miss diagnosing cardiac disease”.

Suspected ACS was defined as at least 5 minutes of acute chest; epigastric, neck, jaw, or arm pain; or discomfort or pressure without an apparent non-cardiac source.

Patients’ symptoms were investigated according to the National Heart Foundation of Australia/Cardiac Society of Australia and New Zealand guidelines. (2)

The study authors used hospital administration data to measure the mean and median cost and length of hospital stay, as well as the diagnosis of ACS and other cardiovascular conditions within 30 days of presentation.

The authors found that ACS was diagnosed in 11.1% of patients. A total of 20.8% were diagnosed with other cardiovascular-related conditions and 67.2% had non-cardiac-related chest pain.

No ACS events were diagnosed in the low-risk group; 1.9% of patients in the intermediate-risk group and 28.0% of the 329 high-risk patients had an ACS.

The authors said that while the high-risk group incurred the highest cost per patient, this group also had a high rate of ACS. In contrast, the intermediate-risk group was the most resource intensive, yet these costs were expended to diagnose ACS in a very small proportion of patients.

“The current guideline-based process of assessment of this cohort is lengthy and requires significant resources”, they wrote, recommending development of strategies to shorten the process or safely reduce the need for objective cardiac testing in patients at intermediate risk.

Dr Thomas Yip, cardiologist at Geelong Cardiology Practice, Barwon Health, did not believe the assessment process was too slow, but suggested the criteria for the low-, intermediate- and high-risk groups should be altered to improve cost efficiency, noting that only 1% of the studied population was in the low-risk group.

Dr Yip told MJA InSight the guidelines should be redefined so that some of the patents in the intermediate group could be classified into the low-risk category. “However, this should be validated against clinical outcomes.”

Professor Anne-Maree Kelly, senior emergency physician at Western Health, Melbourne, believed the discussion about streamlining the diagnostic process for potential ACS should not be limited to the ED, where a relatively small proportion of the cost of assessing patients with suspected ACS was expended.

“The two areas that really need to be streamlined are bed-days and testing”, she told MJA InSight.

Professor Kelly said that a common problem with some current tests for assessing chest pain, such as the exercise stress test, was the frequency of false-positive results. This could lead to additional testing, and ultimately more expenditure.

Professor Kelly agreed that the ultimate risk associated with a more rapid assessment model was that ACS diagnosis would be delayed or missed, but said research was beginning to provide valuable insight into the severity of this risk.

A retrospective study published earlier this year in JAMA Internal Medicine evaluated 693 212 visits to an ED in the US, where primary and secondary diagnoses of chest pain accounted for 9.2% of all presentations. (3)

The authors of that study found that patients who were evaluated in the ED and found not to have had a myocardial infarction (MI) were at a very low risk of experiencing an MI during short and longer-term follow up, whether or not they underwent initial non-invasive testing.

However, Professor Cullen still believed it was important to develop more rapid and efficient testing strategies, and supported the widespread adoption of a 2-hour, accelerated diagnostic protocol in EDs.

This protocol included assessing pre-test probability based on the Thrombolysis in Myocardial Infarction score, electrocardiography and a blood test taken at presentation and 2 hours later to measure troponin levels.

She said this method had been the subject of research, which tested the protocol on 1975 patients who presented to an ED with possible ACS. (4)

In that study the authors found the accelerated protocol successfully identified a large group of patients as having a low short-term risk of a major adverse cardiac event, and were therefore suitable for rapid discharge from the ED with early follow-up.

One thought on “Speed up chest pain testing”