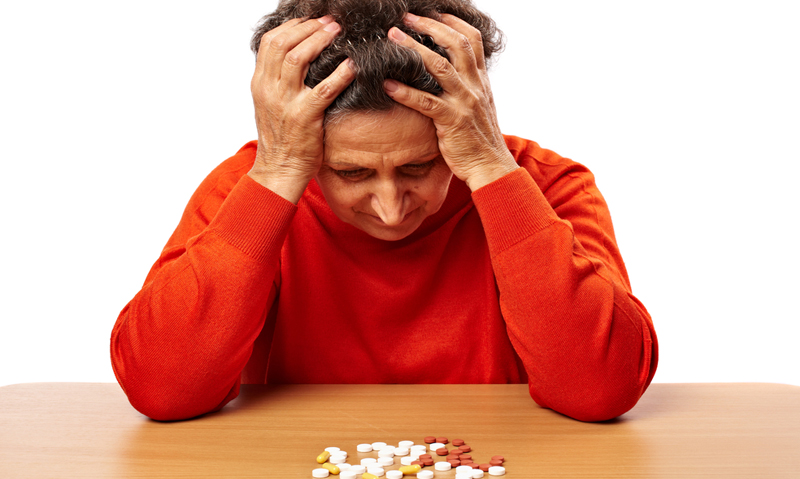 A MENTAL health expert has questioned the rising rate of antidepressant prescribing in Australia and called for a more rigorous system of patient follow-up, after a study revealed that the prevalence of self-poisoning has not changed in 26 years.

Professor Philip Mitchell, head of the school of psychiatry at the University of NSW, told MJA InSight that “around 9% of the population are now taking antidepressants and this is excessive”.

He said research had consistently shown that people at a higher risk for suicide presented with similar social determinants, including unemployment and being single, and these factors were not corrected by putting more patients on medication.

Professor Mitchell was commenting on a study published this week by the MJA that examined the in-hospital mortality and morbidity associated with self-poisoning from different drug classes in the greater Newcastle region between 1987 and 2012. (1)

The authors found there were 17 266 admissions of patients poisoned by 34 342 substances. Of these substances, 16 723 were drugs only available on prescription.

The outcomes measured in the study were hospital length of stay (LOS), types of drugs ingested, intensive care unit (ICU) admission, need for ventilation, in-hospital deaths, and rates of antidepressant drug use. The median LOS was 16 hours; 12.2% of patients were admitted to ICU, 5.7% were ventilated, and 0.45% died in hospital.

The authors found that over the 26-year study period, the patient demographic, and social and psychiatric factors remained stable, but case fatality decreased, as did ICU admission, ventilation and LOS.

The most frequently ingested substances were alcohol, benzodiazepines, paracetamol, antidepressants and antipsychotic drugs. Over the study period, there was a substantial fall in some highly toxic drugs ingested (tricyclic antidepressants, barbiturates and theophylline), but increases in the ingestion of less toxic, atypical antipsychotic drugs, serotonin specific reuptake inhibitors, and paracetamol.

A greater than six-fold increase in community antidepressant use was accompanied by only minor changes in overall and total antidepressant self-poisoning rates, the authors wrote.

They said their study demonstrated how prospective databases could generate useful information regarding relative toxicity and patient management.

The authors recommended a more widespread and coordinated collection of information on self-poisoning and suicide, including a national coronial register of drug-related deaths, data collection of poisonings reported to poison control centres, and a systematic use of clinical databases to record poisoning hospital admissions.

Professor Nicholas Buckley, professor of clinical pharmacology at the University of Sydney and a coauthor of the study, told MJA InSight that it was encouraging to find that the newer antidepressants and higher overall prescription rates were not having negative effects.

“However, there is no apparent benefit either, so reasons to prescribe or not prescribe antidepressants should probably be based on measures other than the potential for self-harm”, he said.

Professor Buckley believed an important message that came out of the research was that solving the problem of self-poisoning should not solely rely on psychiatric solutions.

He said investing in postmarketing surveillance and data collection mechanisms was a “no-brainer” because these solutions required minimal effort and “focused on the agents involved in poisoning, rather than just trying to ‘fix’ the people who take the poisons”.

Professor Mitchell agreed, telling MJA InSight that the results of the study were reassuring from a pharmacological perspective, particularly for the general public.

“This should ease some community concerns about the dangers of antidepressant drugs”, Professor Mitchell said.

“These newer antidepressants do appear to be less toxic and lethal than the older tricyclic medications. It’s now near impossible to commit suicide with these antidepressants.”

Despite the apparent improved safety of newer medications, a more rigorous follow-up system was needed across Australia to monitor how patients were responding to their treatment, Professor Mitchell said.

Professor Helen Christensen, professor of mental health at the University of NSW and chief scientist at the Black Dog Institute, welcomed the study, telling MJA InSight that it highlighted how “suicidal behaviour and depression are not necessarily tethered together”.

However, she said that research into mental illness now needed to go further than investigating pharmacological treatments.

“Interventions for suicide and self-harm must extend beyond antidepressant medication”, Professor Christensen said.

“While [antidepressant] medication is good for depression, it ultimately does not target the mechanisms involved in suicidal behaviour directly.”