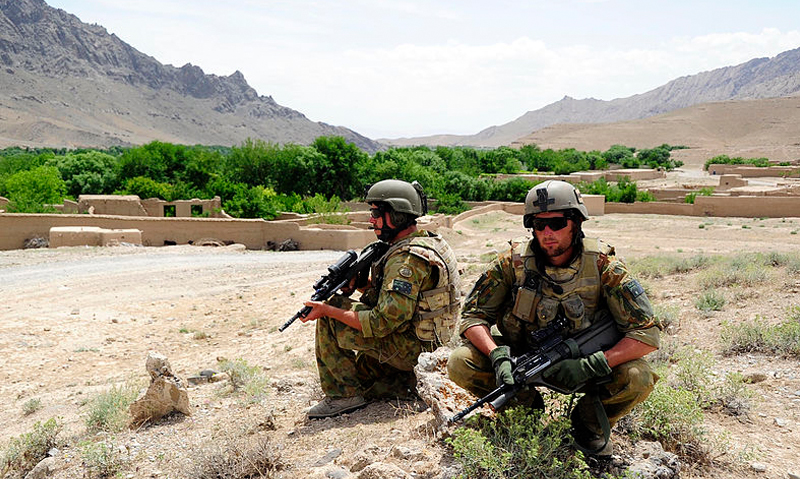 VIGILANCE by GPs in asking patients if they have ever served in the military will ramp up efforts to identify and address post-traumatic stress disorder in former defence personnel, according to experts.

In an editorial published today in the MJA, Professor Alexander McFarlane, of the University of Adelaide, and Professor David Forbes, of the University of Melbourne’s Australian Centre for Posttraumatic Mental Health, write of the historical journey to the recognition of post-traumatic stress disorder (PTSD) among serving and former military personnel. (1)

They wrote that adequate training of medical and mental health staff in understanding the various manifestations of traumatic reactions — not only PTSD — was critical in ensuring early recognition and intervention for these patients.

“It is a real challenge to get civilian GPs, essentially the gatekeepers of the system, to have a significant degree of vigilance about the possibility of military service and if someone has had military service to very quickly screen for symptoms of [PTSD]”, Professor McFarlane said.

Screening was the one approach that had been shown to be beneficial in addressing PTSD. He said an Australian Defence Force (ADF) initiative to screen veterans both on completion of deployment and again 6 months later was an important one.

“People’s highest levels of distress are not in the immediate post-deployment phase. Their symptoms actually tend to increase with the passage of time.”

Professor McFarlane is heading a University of Adelaide research project, to begin next month, to evaluate the mental health of 25 000 people who have left the defence force since 2010, as well as looking at 18 000 currently serving personnel and 5000 reservists. (2)

“This will be a critical study to determine access to services and how long people wait before they get treatment and what can be done to better assist people making that transition into care”, he said.

Last week, Victoria Cross recipient Keith Payne raised concerns that servicemen and women were being discharged from the defence force before their Department of Veterans’ Affairs cases had been settled, contributing to suicides by veterans with PTSD. (3)

A Department of Defence spokesperson told MJA InSight that ADF records showed 106 ADF members were suspected or confirmed to have died by suicide since 2000. The ADF was supporting Department of Veterans’ Affairs and Australian Institute of Health and Welfare research to provide more accurate data on the number of suicides in the former defence force population, who are not covered by the ADF records.

“ADF members who experience mental health problems, mental illness or suicidal ideation, can and do lead meaningful and productive lives within the ADF. Seeking help early leads to improved outcomes and can prevent future problems”, the spokesperson said, adding that the ADF recognised that exposure to trauma through deployment increased the risk of mental disorder.

“However, evidence also shows that defence members, particularly in the younger age groups, may experience mental health problems even if they do not deploy. This is most likely due to events which occur before or outside their military service.”

The spokesperson said the majority of ADF personnel did not develop mental health problems during their military career.

“The ADF does not seek to ignore or dismiss mental illness, including PTSD. Unfortunately, ill-informed criticism of defence and its support services is likely to deter individuals with mental health problems from seeking assistance and adds to the stigma around seeking help.”

South Australian psychiatrist Dr Michelle Atchison said although governments and defence forces had learnt that there was a need to look after the mental health of military personnel, there was still a long way to go.

“I have heard horror stories from the younger veterans”, she told MJA InSight. “Sometimes they return from Afghanistan together, are brought into a big room and a psychologist says ‘If you’ve got a problem, can you put your hand up?’ People just aren’t going to do that, so they tend to keep it to themselves and cover it up with drinking or drug abuse, which are really common problems”, Dr Atchison said.

She applauded the efforts of organisations such as Soldier On in assisting veterans to seek help for mental trauma. (4)

Dr Atchison, whose private psychiatry practice predominantly sees war veterans, says another common complaint among her patients was the lack of understanding of military service in the general medical community.

Asking patients if they had ever served in the military and, if so, if there were any events that had “stuck with them” was a good starting point in uncovering PTSD, said Dr Atchison, who is also chair of the SA branch of the Royal Australian and New Zealand College of Psychiatrists.

A Senate inquiry into the mental health of ADF personnel was announced last month and is expected to report by February 2016. (5)

3 thoughts on “Ask veterans about PTSD”