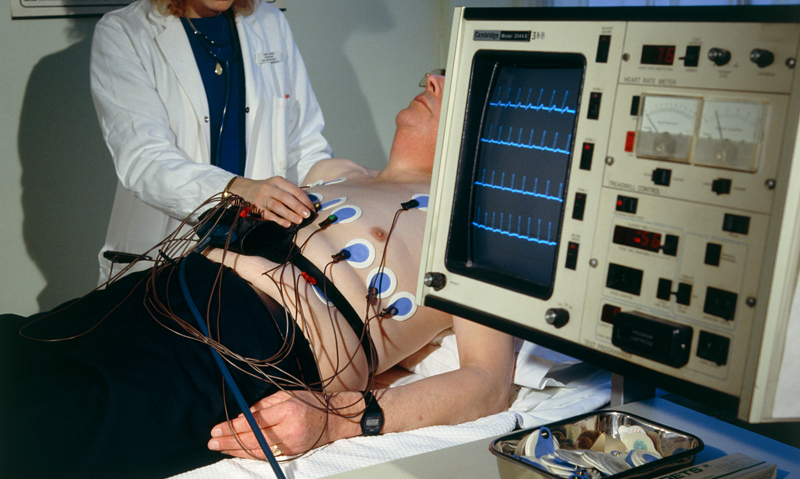 SCREENING for atrial fibrillation should become as routine as checking a patient’s blood pressure, experts say, as the number people with the condition looks set to double over the next two decades.

Around 5.35% of Australians aged 55 and over currently have atrial fibrillation (AF), with that proportion expected to climb to 6.39% by 2034, the authors of a new study warned in the MJA this week. (1)

The study matched population data from the Australian Bureau of Statistics with age- and sex-specific AF prevalence estimates from seven international epidemiological studies.

The authors wrote: “Owing to population dynamics alone… the number of individuals affected by AF in Australia will have almost doubled compared with 2014 — overall, from over 300 000 to over 600 000.”

Conservatively, the study assumed AF prevalence per 5-year age-group would remain stable over the period, as would survival rates.

Speaking on behalf of the Cardiac Society of Australia and New Zealand (CSANZ), Andrew McGavigan, professor of cardiovascular medicine at Flinders University, said the projections highlighted the need to invest in AF screening.

“AF has not been given the same prominence as other cardiovascular diseases such as heart attack and stroke”, he said. “This is despite AF significantly raising the risk of stroke, heart failure and death.”

“We need to raise awareness among both the general public and the medical profession about the need for screening.”

Professor McGavigan believed screening for AF by assessing a patient’s pulse should become as routine for GPs as opportunistic checking of a patient’s blood pressure when they presented with a cold.

Speaking about new approaches to managing AF, he said the novel oral anticoagulants such as apixaban, dabigatran and rivaroxaban which do not require INR monitoring were now well validated and would increasingly become the mainstay of treatment.

Meanwhile, catheter ablation was a recognised treatment for selected younger patients with paroxysmal atrial fibrillation, however its role was more limited in patients with continuous AF, he explained.

Professor Robyn Gallagher, professor of nursing at the University of Sydney and a board member of CSANZ, said one promising development for AF screening was soon-to-be-released smartphone-based electrocardiograph (ECG) technology — expected to make monitoring faster and cheaper.

She added that AF patients should be considered for cardiac rehabilitation programs to improve their daily functioning.

Professor Gallagher applauded the MJA study, saying it was notoriously difficult to project prevalence when registry data was unavailable. However she said the results were likely to be an underestimation, as they relied heavily on 1990s prevalence data from the Netherlands.

This view was shared by Associate Professor John Amerena, director of Geelong Cardiology Research Unit, who agreed a coordinated national approach to AF screening was needed.

“GPs should be checking for an irregular pulse in all patients who are over the age of 55, particularly those with risk factors for AF such as heart failure, diabetes, hypertension, sleep apnoea or high blood pressure”, he said.

Although concerns had been raised about the way novel oral anticoagulants are metabolised, particularly in older people with impaired renal function, Professor Amerena believed their overall benefits would see them increasingly used:

“In all the studies, the benefits of the newer agents are maintained over warfarin in the elderly, in terms of reduced stroke, overall major bleeding and intracerebral haemorrhage.”

“As reversal agents for these new oral anticoagulants become available over the next few years, I think doctors will become much more confident choosing them over warfarin”, he added.

3 thoughts on “Screen for AF”