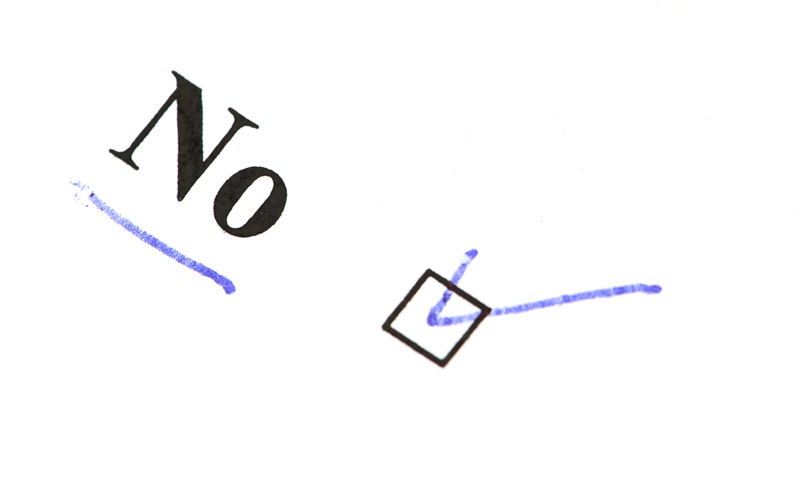 A LEADING cancer specialist has called on the NHMRC to support an opt-out model of consent in low-risk research because of the potential community benefits.

Professor Ian Olver, chair of the Australian Health Ethics Committee which advises the NHMRC, argues in an article published in the MJA that increasing the consent options available to human research ethics committees (HRECs) would facilitate research. (1)

The NHMRC’s National statement on ethical conduct in human research allows HRECs to waive the requirement for obtaining explicit consent if research is low risk (where the only foreseeable risk is one of discomfort), of significant public benefit and involves so large a dataset that individual consent is impractical to obtain. (2)

However, Professor Olver said the statement did not include or specifically exclude opt-out consent, defined as consent of participants being presumed if information about a research project has been disseminated, unless an individual actively withdraws consent.

Professor Olver said opt-out consent could be used where there were opportunities to interrogate and link large electronic databases to inform clinical practice and answer research questions.

He said an example where opt-out consent would apply was where an investigator monitoring the possible effect of an occupational exposure wanted access to workers’ health records collected years earlier, where it might be difficult to trace those workers to obtain explicit consent.

“Opt-out consent could apply where research or the maintenance and improvement of health care standards would not be possible or would be critically compromised without it.”

Dr Vicki Xafis, an ethicist with the University of Adelaide’s School of Population Health, said that while she agreed that opt-out consent was a desirable option, it was crucial that researchers “must supply a mechanism for opting out, otherwise it doesn’t necessarily mean it’s an opt-out model”.

Professor Olver told MJA InSight that it could be argued that opt-out consent provided a “better balance” between patient autonomy and research because it demanded a “stronger intention not to participate, as withdrawal requires action”.

Consent options in a clinical context were also recently discussed in the New England Journal of Medicine.

One article proposed that some low-risk comparative effectiveness randomised trials in a clinical setting could go ahead without requiring patient consent. (3)

“Current consent and oversight practices too often overprotect patients from research that has little effect on what matters to patients, whereas in other cases … they make [higher risk] research … unduly burdensome to conduct”, the authors wrote.

The second article argued for a model of “integrated consent” for pragmatic trials in which physicians discussed with patients the reasons for including them in a randomised trial, the rationale for which arm of randomisation they would be assigned to, and the likely side effects and benefits. The doctor would then obtain the patient’s verbal agreement and document it in the patient record. (4)

The authors argued that this process would be adequate for trials where decisions normally made by a clinician could be subjected to randomisation, such as a comparative effectiveness study comparing two standard-of-care interventions.

“This procedure [is] sufficient because virtually all the patient’s welfare interests are in line with what he would receive in ordinary clinical care and the only unusual element — that of randomisation — is integrated into the clinical consent conversation”, the authors wrote.

“[It] makes transparent to the patient the essential research component rather than actively concealing it.”

Professor John Mathews, honorary professorial fellow at the University of Melbourne’s School of Population Health, said public discussion was key in any conversation about consent models.

“The more we involve the public in developing a healthy framework for decision making, the more likely it is that everyone will be happy with the outcome in the long run”, he told MJA InSight.

“If you explain the reasons and importance of the research to the public, 99% of the time, if there are no privacy concerns, they will say why not have the data used for the public benefit?

“Many see it as part of the obligation of being in the public health system. They are making a contribution to society.”

“You do need to tell [patients] that you’re randomising them but it can be done in a much less formal way [than full explicit consent].”

Should patients always give explicit consent to be included in research, even if it is low risk?

One thought on “Experts opt for opt-out consent”