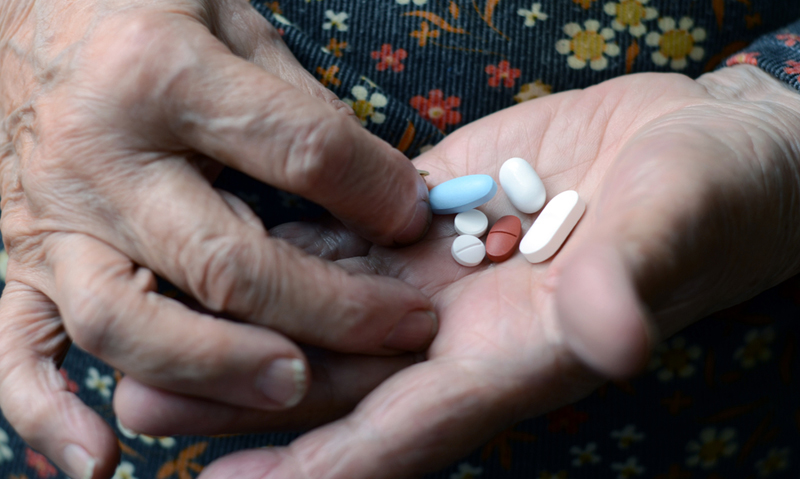 LEADING doctors want to create a culture of “deprescribing” among the medical profession, saying inappropriate polypharmacy is a growing threat to Australia’s ageing population.

Two Clinical focus articles in this week’s MJA make a case for doctors to consider a careful trial of withdrawing potentially unnecessary medications, particularly in elderly patients and those taking 10 or more medications, noting that drugs initially prescribed appropriately can become inappropriate with ageing and new medical conditions. (1), (2)

While many people benefited from taking multiple drugs, many others suffered adverse events, they wrote.

The authors noted that up to 30% of hospital admissions for patients over 75 years of age were medication related, and up to three-quarters were potentially preventable.

“Polypharmacy in older people is associated with decreased physical and social functioning; increased risk of falls, delirium and other geriatric syndromes, hospital admissions and death; and reduced adherence by patients to essential medicines”, they wrote.

They listed barriers to deprescribing including under-appreciation by patients and prescribers of the scale of polypharmacy-related harm; multiple incentives to overprescribe; reluctance by prescribers and patients to discontinue medication for fear of unfavourable sequelae; and uncertainty about strategies to reduce polypharmacy

The single most important predictor of inappropriate prescribing and risk of adverse drug events was the number of medications a person was taking, with an 82% risk for people taking seven drugs or more. Yet 20% of older Australians received more than 10 prescription or over-the-counter medicines, the authors wrote.

Professor David Le Couteur, professor of geriatric medicine at the University of Sydney, praised the MJA focus on deprescribing, which he said deserved more attention from the professional colleges and medical schools.

“There is the opportunity to develop a systematic approach to providing education, guidelines and resources for deprescribing”, he told MJA InSight.

He also called for prescribing information to include details on deprescribing dosing schedules and withdrawal symptoms.

Professor Le Couteur said that in geriatric medicine, the first diagnosis to consider with any new symptom or disease was an adverse drug reaction, particularly confusion or dementia with anticholinergic drugs and falls with psychotropic drugs.

“I consider deprescribing in every older patient with a new symptom, those on hyperpolypharmacy [> 10 drugs], any patient on psychotropic medicines, and when there are changes in the patient goals related to dementia, frailty or end-of-life care”, he said.

Patients should be monitored in the same way after deprescribing as they would be after a new drug was prescribed.

“I don’t see deprescribing any differently from prescribing — it has risks and benefits, it needs consent and monitoring, it’s done to improve patient outcomes, how you do it will depend on the drug and the patient. The only difference is that deprescribing is cheaper”, he said.

Dr Justin Coleman, a GP at Brisbane’s Inala Indigenous Health Service and a representative on the NPS MedicineWise Choosing Wisely initiative, told MJA InSight deprescribing was primarily the role of the generalist.

“Just because a cardiologist or neurologist recommended starting two drugs last year doesn’t mean they are the best-placed expert when it comes to stopping the drugs now”, he said. “This is usually, and appropriately, the clinical decision of the regular doctor with the general overview.”

He said doctors should not wait for a specific, attributable side effect before ceasing a drug. “Reassessing the medications list only after a fall is like waiting for the heart attack before starting an antihypertensive”, he said.

The second MJA article examined the evidence for and against ceasing medicines, and concluded that while the data was limited, deprescribing was likely to produce more benefits than harms overall.

“Most of the harms of deprescribing can be minimised with proper planning (ie, tapering) and monitoring after the drug is discontinued, with reinitiation of the medication if the patient’s condition returns”, the authors wrote.

However, they warned that ceasing use of a medication could change the pharmacokinetics and pharmacodynamics of other medicines.

Should professional colleges and medical schools do more to educate doctors about deprescribing?

12 thoughts on “Time to start deprescribing”