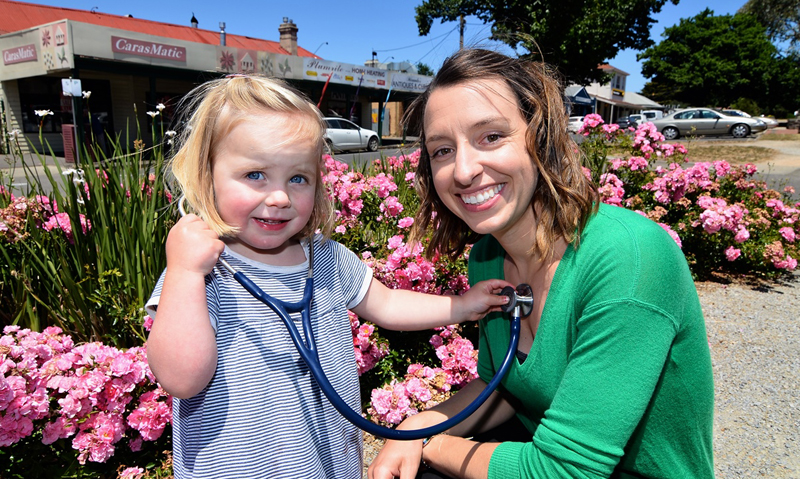 A SURGE in the number of doctors working in rural areas could be offset by other workforce changes, including doctors’ falling work hours, experts warn.

“At current rates of demand and workforce productivity, hundreds more GPs will be required in rural and remote Australia simply to maintain the level of services being provided today”, he told MJA InSight.

Mr Mundy highlighted the influence of two trends in particular — the feminisation of the rural medical workforce, with female doctors tending to work fewer hours in paid work than men; and the ageing workforce, with 34% of rural GPs currently aged 55 years and over and likely to retire within the decade.

“We know from our research that the older country doctors — particularly those in remote areas — have traditionally worked longer hours so replacing them may not be as simple as a one-for-one equation”, he said.

The figures also showed that 15.5% of the 7975 GPs working in rural Australia were registrars.

Mr Mundy said alternative models of care such as employing a nurse or allied health professional might help reduce the GP clinical workload.

Professor Richard Murray, Australian College of Rural and Remote Medicine president and Dean of Medicine and Dentistry at Townsville’s James Cook University, told MJA InSight rural areas did not just need more doctors, but also “the right doctors with the right skills, doing the right jobs in the right places”.

“The increasing numbers of doctors in rural areas in part reflects an increasing reliance on trainees and international medical graduates”, he said.

“Workforce figures don’t tell the whole story as it is also about extended generalist skills and participation in comprehensive round-the-clock care.”

Professor Murray suggested the trend to GPs working fewer hours may also be related to the growth of corporate bulk-billing practices in some rural areas and provision of special interest GP services such as skin cancer clinics in some towns.

“This would also help to rebalance against the trend of increasing subspecialisation, which is driven by the cities and creates doctors with limited ability to practice in rural areas.”

Dr Louis Peachey, a senior medical officer at North Queensland’s Atherton Hospital, made the switch to half-time work after feeling burnt out by excessive overtime.

“Working part-time is all about sustainability”, he told MJA InSight.

However, Dr Peachey suggested the future was looking brighter for his state’s rural doctors, saying working conditions and remuneration had improved considerably in Queensland’s rural hospitals.

“Fifteen years ago in Queensland Health the average lifespan of the senior medical officer was 18 months before they went into private general practice because the hours worked were so horrendous. Now we are largely managing to keep our staff”, he said.

Conditions for doctors in rural general practice were also improving in Queensland as a result of the influx of doctors through the Rural Generalist Pathway, Dr Peachey said.

“There’s a growing critical mass; because there are more doctors in a town, they’re not run ragged with on-call duties like they used to be.”

PHOTO: Registrar Dr Candice Baker gets to know one of her young patients during her rural training in Woodend, in country Victoria. (Photo courtesy of Rural Health Workforce Australia)

Dr Aniello Iannuzzi asks if FIFO could be a solution to the rural medical workforce shortage.

Do you support a fly-in fly-out medical workforce as a way to relieve the rural doctor shortage?