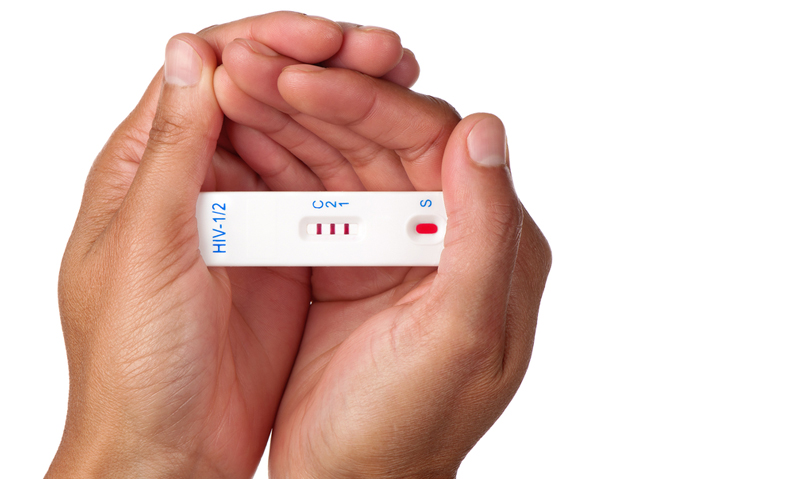 MOVES to reduce HIV transmission by increasing testing rates among gay men have led a leading sexual health clinician to warn that excitement about new rapid-testing strategies should be tempered by caution.

Rapid HIV tests, which can provide results within 20 minutes, are currently available at numerous sites in ACT, NSW, Queensland and Victoria through trials, demonstration projects and routine practice.

At-home rapid tests are not yet approved in Australia but can be purchased over the internet.

Professor Christopher Fairley, director of Melbourne Sexual Health Centre, told MJA InSight he was concerned that there had been little publicity of the limitations of rapid testing.

“The window period between exposure and a positive test result is about 2 weeks longer for rapid tests [6‒8 weeks] than the fourth-generation tests used by laboratories [4‒6 weeks], and people are at a higher risk of transmitting HIV during that time because they have a higher viral load”, he said.

“The danger is that people will interpret a negative test result as meaning they don’t have HIV. Instead, they should be thinking they were negative 6‒8 weeks ago.”

Professor Fairley was commenting on an MJA “Perspectives” article which highlighted the potential to increase HIV testing rates by offering rapid tests in novel settings. (1)

The MJA authors wrote that in 2012, after 10 years of stability, the number of HIV notifications in NSW sharply increased, with most other states and territories experiencing a similar trend. This had highlighted the need to implement HIV testing strategies to reduce the pool of undiagnosed HIV infection, detect new infections early and facilitate links to care.

One initiative trialled was a retro-style caravan used as a pop-up test site and aimed at men who have sex with men (MSM), which was used on Sydney’s Oxford Street during World AIDS Day in 2013. However, this initial experience suggests the van is significantly less effective than it is groovy.

The van engaged with 500 people over 5 days, but only 195 people opted to have the test, and no new HIV diagnoses were made.

The authors of the “Perspectives” article wrote that it was too early to draw conclusions about the effectiveness and cost-effectiveness of pop-up testing models in reaching long-term non-testers who were at risk of HIV.

“Although making HIV testing facilities visible in public locations may be confronting for some, visibility is important in encouraging open conversation about HIV and normalising testing, especially in areas with high concentrations of at-risk people”, they wrote.

Professor Fairley agreed it was worth trialling many strategies to increase testing rates among at-risk groups, but cautioned that the “sexiest” options might not be most cost-effective.

“If the money for the van had been put into a nurse’s time at a sexual health centre there may or may not have been more HIV cases diagnosed”, he said. “At sexual health centres 1%‒2% of gay men test positive for HIV, whereas there were no diagnoses through the van, although it was a small sample.”

Professor Fairley said a full-time nurse at a sexual health clinic would probably do 20 tests a day, whereas the van averaged 40 a day.

Lead author of the MJA article Dr Marianne Gale, a public health officer at the NSW Health Centre for Population Health, told MJA InSight one of the advantages of the caravan was the great media coverage it attracted, reaching an estimated audience of more than 4 million people.

“While there were one-off costs associated with hiring and branding the caravan for World AIDS Day, these costs were a great deal less than the investment usually required to obtain the degree of media coverage that the pop-up [site] attracted”, she said.

Dr Gale said every person tested for HIV through the van received education about the “window” period.

In the MJA article, the authors said a major impetus in the fight against HIV came with the release of interim trial results from a large study this year showing antiretroviral treatment prevents HIV transmission between MSM.

“In this new era, where antiretroviral treatment has not only redefined HIV as a chronic disease but is also a powerful addition to the HIV prevention armamentarium, the elimination of HIV transmission can for the first time be considered a potentially achievable goal”, the authors wrote.

Transmission from people with undiagnosed infection could account for more than 30% of all new infections, they wrote.

Dr Tom Turnbull, an Adelaide GP and member of the Australasian Society for HIV Medicine, said HIV testing rates could be improved if the federal government created a GP Service Incentive Payment for providing an annual HIV test for MSM.

“General practice is a time-poor and problem-filled environment with many competing demands on GPs to perform and meet patient, society and government expectations”, he said.

One thought on “Caution urged on rapid HIV tests”