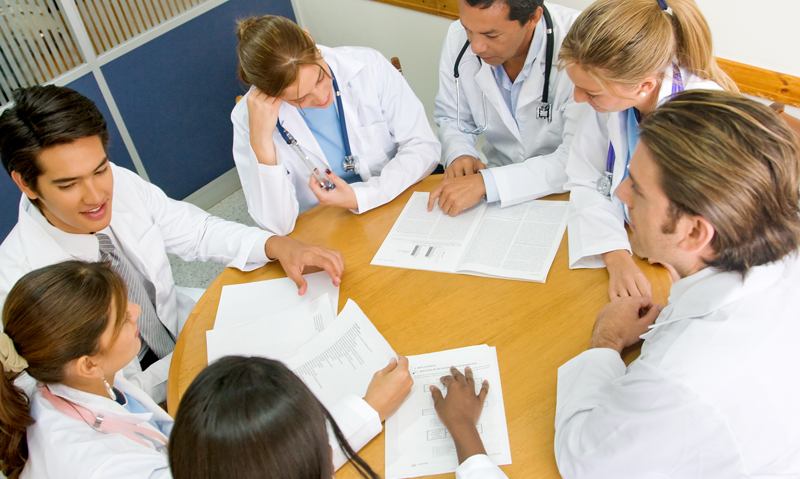 ALMOST 40 years after problem-based learning turned medical education on its head, a group of Australian doctors argue there’s little high-quality evidence to show it beats a lecturer in front of a chalkboard.

In a ‘Perspectives’ article in the MJA this week, Professor Les Bokey and colleagues from the University of Western Sydney, said it was “striking” that although problem-based learning (PBL) emerged at the same time as evidence-based medicine, there was still “very little high-quality evidence for its effectiveness compared with TLL [teacher-led learning]”. (1)

The authors concluded that the model, which involves students working together to solve real-world problems, was no better or worse than other teaching methods used in undergraduate medicine, including TLL, case-based learning, large group lectures, small group tutorials, bedside teaching, dissection or simulations.

“None of these is universally accepted as optimal in all circumstances, and all can contribute to effective and efficient education of future health care professionals”, they wrote.

Professor Bokey, a colorectal surgeon at Liverpool Hospital, Sydney, and his coauthors reiterated long-standing criticism that anatomy training had suffered in the era of PBL, arguing that “this deficiency would be best served by establishing a national core curriculum”.

They noted that the volume of anatomy training at the University of Sydney’s medical school fell from 253 hours in the first 2 years of the old undergraduate course in 1996 to 50 hours in the new graduate program in 1997.

“As a result, students now question whether their knowledge of gross anatomy is adequate for safe medical practice and argue for a return to cadaver dissection”, they wrote.

The authors also argued that PBL had disenfranchised many clinician teachers, who found themselves replaced by non-specialist “facilitators”. As a result, student contact with practising physicians was “diluted” and “expert bedside clinical teaching suffered”.

Professor Bokey told MJA InSight his intention was not to criticise PBL or the generations of doctors it had produced.

He said medical interns today were “much more empathetic and compassionate towards patients” than their forebears, and could “hold their heads up high” compared with interns around the world.

Emeritus Professor John Hamilton, previously dean of medicine at the University of Newcastle where PBL was first introduced in Australia and chair of the curriculum committee at Canada’s McMaster Medical School where PBL was first developed, told MJA InSight he had identified some of the hazards of the model in a critique he wrote in 1976. (2)

One significant problem was the way the method was sometimes deployed by inactive tutors who left students too unguided in their exploration of the sciences, he said.

“It is one of the more difficult tasks of a tutor to judge the scientific rigour of a discussion”, he wrote in the critique.

However, Professor Hamilton told MJA InSight that when PBL was deployed well, it could be an “energising experience for students … inculcating in them a habit of continued learning”.

He warned that “newer forms of competency-based medical education and learning through simulation have to be used very carefully”.

“It must not be forgotten that underneath all the competencies of practical action there must be the fundamental competency to apply and to understand the scientific foundation not just of ‘what’ to do, but ‘why’,” Professor Hamilton said.

“Without the ‘why’ there will be no scientific framework within which to cope with the unexpected or to engage with the new in clinical disease and scientific discovery.”

Medical Deans Australia and New Zealand agreed that PBL was “just one of a large range of educational methods available in contemporary medical education and all come with advantages and disadvantages”.

A spokesperson told MJA InSight the concern about clinician educators feeling disenfranchised was valid. “We need to have our valuable clinical educators and supervisors engaged to assist in training the next generation of doctors.”

Do you think problem-based learning has produced better doctors?