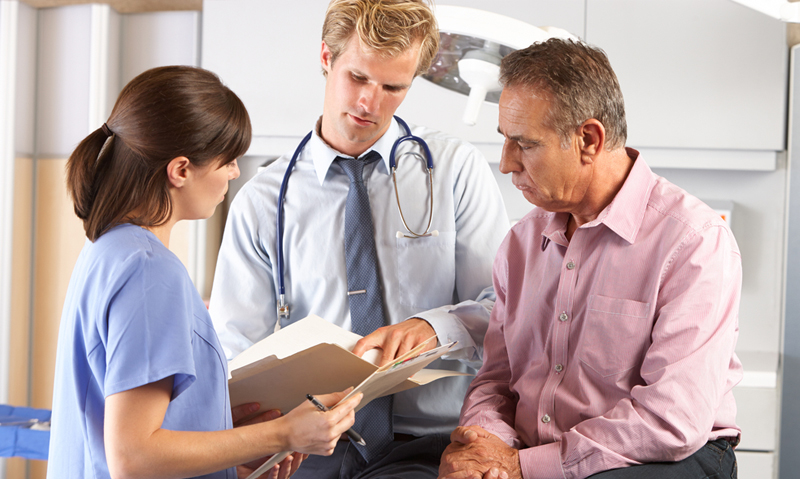 DESPITE a boom in the number of general medicine trainees in the past 10 years, new recruits are missing out on hospital training positions because subspecialist trainees get priority, according to a leading medical specialist.

Associate Professor Ian Scott, a former president of the Internal Medicine Society of Australia and New Zealand, said the number of trainees doing general medicine advanced training had “exploded” from less than 50 in 2005 to around 500 this year — largely due to the Royal Australasian College of Physicians (RACP) promoting dual training, where trainee physicians learn general medicine in addition to another specialty.

However, Professor Scott told MJA InSight the trend of increasing subspecialisation meant hospitals were geared against providing training positions for generalists despite the increasing calls to boost the number of doctors with a broad skill set.

“The biggest challenge is there’s a limit on the number of advanced training positions we can offer people who want to do advanced training in general medicine”, said Professor Scott, who is director of the department of internal medicine and clinical epidemiology at Brisbane’s Princess Alexandra Hospital.

“If trainees want to rotate through other specialties as part of their general medicine training, that’s difficult because specialists quarantine those positions for their own trainees.”

He was commenting on a “Perspective” article published today in the MJA calling for governments to do more to usher young doctors into generalist specialties, including general medicine and psychiatry, as well as general practice. (1)

The authors wrote that the medical labour market in Australia was characterised by “20-year boom˗bust cycles”, which successive governments had failed to manage.

“Decisions to increase medical school places to meet increases in demand did not take into account expected costs or benefits to the health system of employing more doctors, and failed to consider more potentially cost-effective ways of improving population health, such as changes in skill mix”, they wrote.

The authors called for better information to be made available to young doctors about career options, saying the government should use financial incentives and penalties to “nudge the market in the desired direction”.

“Long periods of training and increasing subspecialism foster inflexibility such that, in times of shortage or surplus, doctors are unable to change specialties or unwilling to move to geographic areas of need”, they wrote.

Professor Scott said although the RACP had invited specialist societies to develop training modules for physicians wanting to practise general medicine, progress had been slow.

“The changes also need to happen at the hospital level [and] at the chairs of the divisions [level]. They have to try to persuade various specialty departments to open up training positions for generalists”, he said.

“Governments can also help by offering more fully funded scholarship positions for generalist training, so that specialties don’t have to cut into their own budgets or quotas in order to offer rotations to general medicine trainees.”

He called on hospital managers to compare clinical outcomes, length of stay and other measures of efficiency among similar groups of patients in different departments such as cardiology and general medicine wards, suggesting generalist services were the more cost-effective.

Professor Richard Murray, dean of medicine at James Cook University, Queensland, and a vocal advocate for generalism in medicine, told MJA InSight Australia had 85 recognised stand-alone medical specialties — a number topped only by the US, and twice as many as Denmark or the Netherlands. (2), (3)

“But it doesn’t make us any healthier as a nation … Excessive specialisation promotes fragmentation of care, drives up costs, and is not linked to health care outcomes”, he said.

“While [subspecialisation] might work in large hospitals, for regional and outer metropolitan hospitals it means parallel rosters for [different subspecialists], threatening the viability of those services and driving up costs.”

Professor Murray agreed the problem was compounded by the lack of any coherent system for allocating training positions. “It’s all down to the vagaries of individual hospital employment priorities, including [rostering considerations] and the relative power of particular medical craft groups with hospital management”, he said.

Professor Nicholas Talley, the RACP president, defended the college’s commitment to generalism, saying it was “the cornerstone of RACP training”.

“Three years of general basic training is required before trainees can progress to further advanced training; which could be in general medicine or another specialty such as cardiology”, he said.

Dr Stephen Parnis, vice-president of the AMA, also played down the turf war between specialties, saying the much greater problem was capacity in the system.

“We have a bottleneck for prevocational and general registrar training places”, Dr Parnis said.

The national agency previously charged with health workforce reform, Health Workforce Australia, was abolished by the federal government in this year’s Budget and its functions will be rolled over to the Department of Health.

Are there too many subspecialties in Australian medicine?

16 thoughts on “Subspecialties hold back generalists”