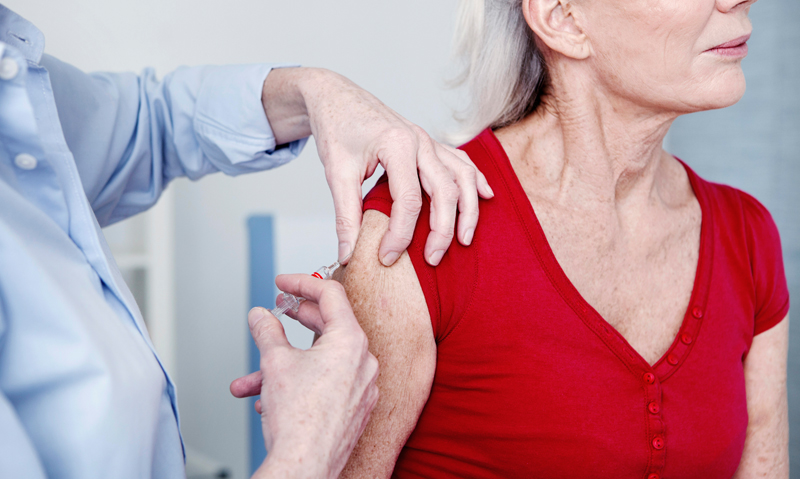 A SLUMP in the effectiveness of the influenza vaccine in 2012 has highlighted the ongoing complexities in developing vaccines say Australian experts, with one expert calling for a “mature debate” regarding the vaccine’s effectiveness and use.

A test-negative study of effectiveness of the 2012 influenza vaccine in 1414 general practice patients from around Australia found overall adjusted vaccine effectiveness (VE) of 23% (95% CI, − 4% to 43%), which the authors described as “modestly protective”. (1)

The study, published in the MJA, analysed data collected by the Australian Sentinel Practices Research Network.

Professor Heath Kelly, head of epidemiology at Victorian Infectious Diseases Reference Laboratory, said the low level of effectiveness for the 2012 flu season was consistent with other studies in Australia and internationally, but methodological issues with the study were likely to have also contributed to the very low point estimate.

He cautioned against placing too much emphasis on the point estimate because many published estimates, including those in this study, had very wide confidence intervals.

However, Professor Kelly said it was clear that the inactivated influenza vaccine was less effective than the 70%‒90% effectiveness that had been claimed by the WHO as recently as 2012.

“That’s clearly not true”, Professor Kelly said. He said, according to findings from many studies around the world in recent years, a range of 50%‒70% was more realistic, acknowledging that VE was variable from year to year.

“For instance, in the year after the 2009 pandemic we found a point estimate that was higher, at 79%”, he said.

“We need a more mature debate on how effective this vaccine is. Many people are calling for a better vaccine and I think that’s a very reasonable call.” (2)

Professor Kelly said the WHO expected countries to be “pandemic prepared” and this had resulted in increases in vaccine production capacity, to a stage where capacity now exceeded demand. (3)

He said there was also the view that there was insufficient economic imperative for vaccine manufacturers to develop new vaccines when governments continued to buy inactivated vaccines that were less effective than other publicly funded vaccines, such as those for rubella, measles and hepatitis B.

“All vaccines were not created equal”, he said.

Dr Alan Hampson, chair of the Influenza Specialist Group, said the 2012 result was disappointing and highlighted the challenges and complexities in developing influenza vaccines.

But Dr Hampson warned that the issues with the current vaccine should not dissuade GPs from vaccinating their patients.

“We know that the vaccine is less than perfect … and needs to be improved, but it shouldn’t dissuade GPs from vaccinating people who really need to be protected and even providing a shield by protecting those around them.”

He told MJA InSight there had been “a lot of issues with the H3 components” of the vaccine in recent years, with it becoming more difficult to grow the virus in eggs and to analyse antigenically.

“We’re always disappointed when flu vaccine is not as protective as we would really like to see”, he said, adding that recent reviews had shown an average protection rate, incorporating good and bad years, of around 69%. (4)

“This is not great, but it’s the only thing we’ve got in terms of protecting against influenza.”

Dr Hampson said the process of strain selection and then turning the virus into a high-yield reassortant for vaccine production was “long and arduous”.

He said programs such as I-MOVE (Influenza — Monitoring Vaccine Effectiveness) in Europe might provide more rapid indications of VE in the field, and the potential need to update strains for the Southern Hemisphere winter. (5)

Improved adjuvants and better strain selection would also play a role in ensuring maximum effectiveness in the future.

Dr Hampson said recent developments in antigenic cartography had already improved the way of anticipating how viruses were likely to change antigenically.

He said it was widely acknowledged that a broader vaccine was needed, but the continual antigenic drift of the influenza virus had so far rendered such a vaccine as “something of a pipedream”.