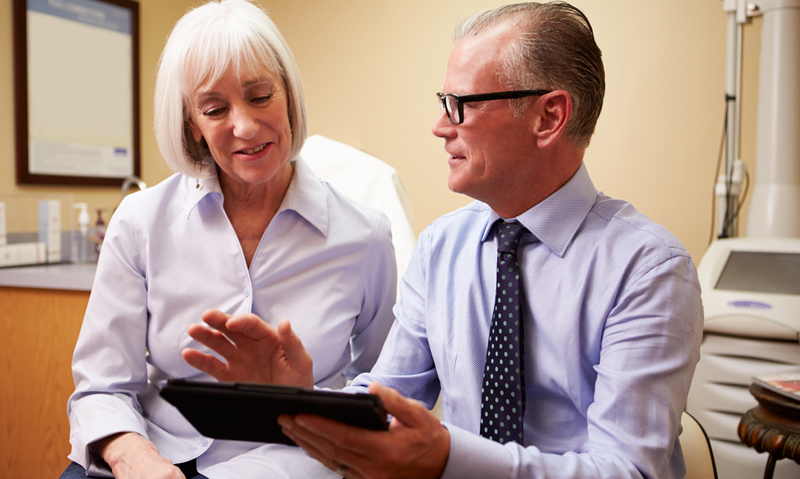 A CHAMPION of evidence-based medicine warns Australia is “drastically lagging behind” other countries in equipping patients with the information they need to share in decision making.

Professor Chris Del Mar, professor of public health at the Centre for Research in Evidence-Based Practice at Bond University, Queensland, said much more needed to be done to help doctors adopt shared decision making techniques, which include educating patients on medical evidence and guiding them to make their own decisions about screening, tests and treatments.

“Gone are the days where the profession holds all of the information and the doctor knows best”, he said.

“The job of the doctor now is to clearly present the evidence and the options to the patient. It’s about making sure you know the options and communicate them clearly.”

Professor Del Mar is a coauthor of a “Clinical focus” article in the MJA today which presents a case for why shared decision making is important in practice. (1)

The authors argued that shared decision making could reduce the inappropriate use of tests and treatments, as patients typically opted for more conservative options than doctors.

They also cited evidence to refute some of the myths of shared decision making, including that it made consultations longer, and was not appropriate for people with low health literacy.

Professor Del Mar told MJA InSight doctors needed training in the shared decision making process, but that once learned it was relatively straightforward to implement. Doctors are encouraged to discuss with patients what would happen if they “waited and watched”, and to discuss the benefits and harms of each treatment option, acknowledging that different patients have different preferences.

Even when patients wanted to “abdicate” their responsibility by asking the doctor “what would you do?”, Professor Del Mar said a good doctor would acknowledge that “what I would do is because of who I am, and not everybody’s the same”.

While shared decision making is a cornerstone of America’s Obamacare health plan and at the centre of public health campaigns in the UK, Professor Del Mar said the concept has less traction in Australia.

He cited one example where he had approached Medical Deans Australia and New Zealand to take part in a conference on shared decision making, but they did not attend.

“Shared-decision making needs to be on the agenda at medical schools and colleges. It needs to be being taught to medical students, medical professionals and patients.”

Medical Deans Australia and New Zealand did not say why they declined Professor Del Mar’s invitation. However, CEO Professor Judith Searle told MJA InSight the deans supported a patient-centred approach to health care, the strengthening of relationships between doctors and patients, and the production of “quality medical graduates with excellent communication skills”.

Consumers Health Forum of Australia CEO Adam Stankevicius agreed that Australian clinicians could often do more to involve patients in decisions about their care. However, he said this was “not a problem peculiar to Australia”

He cited the findings of the latest report from The Commonwealth Fund of New York comparing 11 national health systems, which showed Australia scraped into the top half of rankings on “patient-centred care measures”. (2)

Dr Karen Luxford, director of patient-based care at the Clinical Excellence Commission, said a common problem was “patient preference misdiagnosis”. For example, in one study, doctors believed that 71% of patients with breast cancer would rate keeping their breast as a top priority, even though only 7% of patients rated this as their top priority. (3)

“True shared decision making requires an understanding of the patient’s goals and expectations — this is something we don’t always do so well in health care”, she said.

Is shared decision making becoming an integral part of medical practice in Australia?