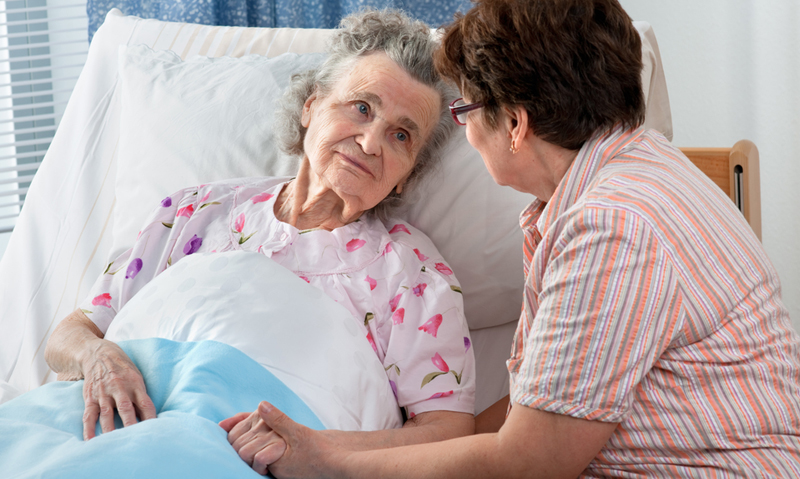 THE distinction between “next of kin” and “surrogate decisionmaker” is misunderstood by doctors and patients and needs urgent clarification, says a leading expert.

Professor Campbell Thompson, professor of general medicine at the University of Adelaide told MJA InSight that the blurred lines between the two roles made treatment for patients with diminished decision-making capacity more complicated and often distressing.

“I worry that relatives and next of kin can carry life-long guilt for ‘killing’ auntie if we involve those surrogate decisionmakers clumsily.

“Once there is [an advance care] directive with named people it gets clearer but those documents are rarely accessible [in hospital] even if they have been completed.”

Professor Campbell was responding to US research published in JAMA Internal Medicine, which found that surrogate decision making was widespread for hospitalised older adults even before admission to intensive care units (ICUs). (1)

Data from 1083 hospitalised patients aged 65 years and older from two hospitals showed that after 48 hours in hospital 47.4% of patients required at least some surrogate involvement, “including 23.0% with all decisions made by a surrogate”.

Among patients who required at least one decision made on their behalf in the first 48 hours, 57.2% needed decisions made about life-sustaining care, 48.6% about procedures and operations, and 46.9% about discharge planning.

However, they also found that among patients who used a surrogate it was common for the decisions to be made jointly by both patient and surrogate.

An invited commentary in JAMA Internal Medicine said more than half the decisions involving surrogates identified in the research were made jointly by surrogates and patients. (2)

“These decisions often involve triadic communication between patients, families, and clinicians. Leading such discussions can be a challenge, particularly when high-stakes or complex treatment options are being considered”, the commentary said.

Professor Michael Ashby, director of palliative care at Royal Hobart Hospital and professor of palliative care in the Faculty of Health Sciences at the University of Tasmania, said the Australian health care system currently lacked “consistent clarity of process and documentation of limitations of medical treatment”.

Professor Ashby said that generally Australia’s “more informal, less legalistic mindset is good” for patients, families and doctors but masked the fact that “we do not have reliable, systematic frameworks to reliably guide us through limitation of medical treatment and dying”.

He said he was developing a clinical framework called “goals of care”, where doctors would assign goals for patient management to one of three broad categories: curative/restorative, palliative or terminal.

“Limitations of medical treatment are then chosen that are proportionate to the goal chosen. If agreed by all parties, a goals-of-care plan or summary is completed, signed and placed in the case notes, preferably in the alerts section.”

Professor Ashby said goals could be revised when a patient’s medical condition changed, and appropriate limitations could be documented in a new form.

“This approach can have a major role in ensuring that nursing, medical and allied health staff has clarity about when to call resuscitation or medical emergency teams, to guide care generally, and to improve decision making and hence quality of care at the end of life.”

Associate Professor Gideon Caplan, a geriatrics specialist at the Prince of Wales Hospital, Sydney, and the University of NSW, agreed that while advance care directives and living wills were often made, “in practice, they may not make it into the notes”.

Should the role of surrogate decisionmakers for hospital patients be formally defined and recognised?

One thought on “Lines blur with surrogate decisions”