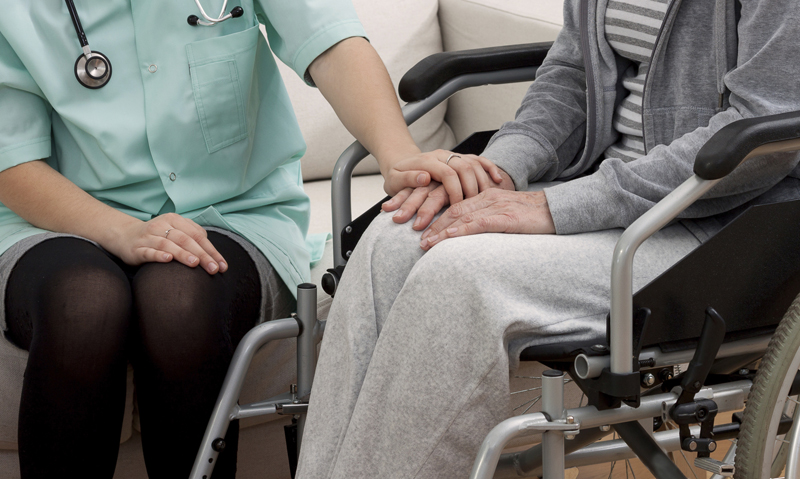 PRIMARY health care for residents of aged-care facilities is fundamentally broken and an entirely new system tailored to their specific needs is required, say leading experts in geriatric and palliative care.

“That will maintain communication between hospital, home and the RACF, ensure continuity of care, and it will do much towards mending many current problems”, he wrote.

“The idea exists [among bureaucrats and politicians] that RACFs are just homes. That is clinical nonsense”, Professor Whitehead said.

“From our point of view [as geriatricians] the quality of primary care — and therefore, via referrals, access to specialist care — in RACFs is poor, and the problems with the structure of primary care for people in RACFs are huge.

“The whole structure does not match the clinical reality of the situation.” He said aged care legislation concentrates on accommodation but not health care even though the two were directly linked.

Dr Liz Marles, Royal Australian College of General Practitioners president, said the College’s view was that it was “always best” for elderly patients to continue to see their regular GP.

“We would regard that as a retrograde step. The family GP knows the patient, and may treat their relatives as well, and can deliver appropriate care to that patient.”

Professor Whitehead said the reality was that when an elderly person entered an RACF they usually geographically moved away from their regular GP, estimating that this affected 50%–60% of RACF residents. “There are huge quality-of-handover issues involved in that dislocation”, he said.

Geography was also the driver of service in aged care, Professor Whitehead said. It was often difficult to take RACP residents to the GP and GPs did not want to leave their surgeries to visit patients in RACFs, in part because there was a financial disincentive to do so.

Professor Whitehead said locum services currently provided most of the after-hours primary care at RACFs, or GPs visited RACFs at the end of their working day.

“From my experience … deaths in RACFs often come about because a stretched GP is [seeing RACF residents] at the end of their day and is not able to deal with the complexity of the patient because the facility is not structured to deal with that complexity”, he said.

“They need to be getting care from good quality GPs who are happy to be there, rather than being sent to hospital to die.”

In his MJA letter Professor Maddocks wrote that many of the problems that beset RACFs could be alleviated if GPs were prepared to specialise in this area, and if extra training in psychogeriatrics and in palliative care was available. He said the main problems included over-prescription of psychotropic drugs, lack of a comprehensive acute and chronic care for residents, underuse of advance directives, poor family support, inappropriate transfers to acute care, poor on-the-job support for staff and inadequate palliative care.

He suggested a single comprehensive diploma program similar to that offered by the Royal Australasian College of Physicians in palliative medicine would be ideal, with consideration of improved remuneration for RACF consultations.

“We’re moving the frail people around and their health care needs are not being met. There needs to be a different form of health care.

“It’s a failure of bureaucrats and politicians. This issue doesn’t get the attention it deserves and in the current political climate I doubt that it will”, Professor Whitehead said.

“You get what you pay for.”

Would a dedicated onsite GP in residential aged care facilities improve the quality of care for residents?