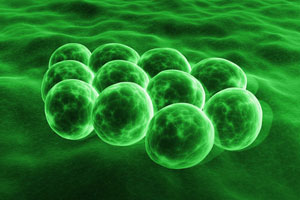 NOW is the moment for a nationally coordinated system for data collection and surveillance of antibiotic resistance to do the most good in the fight against multiresistant bacteria in Australia, says a leading infectious diseases physician.

Dr Helen Van Gessel, regional medical director for the Great Southern region, WA Country Health Service, said antimicrobial stewardship programs, now mandated as part of the accreditation process for Australian hospitals, were also important, but the challenge was how to put them in place across all health settings.

Dr Van Gessel was commenting on research published in the latest MJA which assessed the effectiveness of an antimicrobial stewardship program at the Alfred Hospital in Melbourne. (1)

The observational study conducted in the tertiary referral hospital compared the rate of use of antimicrobials over a 30-month period before the antimicrobial stewardship program was introduced with an 18-month period after it was established.

Antimicrobial consumption quantities were converted into defined daily doses per 1000 occupied bed-days. The authors wrote that there was an immediate 17% reduction in broad-spectrum antimicrobial use in the intensive care unit (ICU) and a 10% reduction outside the ICU.

“However, the effect of the intervention reduced over time”, they wrote.

Dr Van Gessel said that while large, tertiary hospitals could fund full-time infectious diseases pharmacists — one of the requirements for a successful stewardship program in that setting — secondary hospitals, rural centres and smaller clinics have no such funding.

“There is a lot of work being done around what a stewardship program looks like.  The accreditation process supports program customisation but there are some interesting challenges ahead, particularly for those of us working in smaller hospitals”, she said.

“But then, if it was easy, we’d all be doing it already.”

Dr Van Gessel said perhaps the most critical challenge was the establishment of a national surveillance and data collection system which could monitor rates of resistance and share data across states and settings.

“In Australia right now, because we have a relatively low incidence of antibiotic resistance, we have a good opportunity to be looking at very active surveillance and control measures”, she said.

“Prevention and control work best when you do them early.”

Dr Van Gessel said that in WA several years ago there was a small increase in rates of methicillin-resistant Staphylococcus aureus (MRSA) infection and a couple of individuals had decided to do everything they could to stop it.

“Some people thought they were over the top but now WA hospitals report consistently low rates of health care-associated MRSA infections, much lower than the other states and other countries”, she said.

Dr David Speers, an infectious diseases physician and infection control officer at Sir Charles Gairdner Hospital in Perth, said another problem in the battle against antibiotic resistance was falling prices as drugs came off patent, which had negated a large part of the business case for stewardship programs.

“One of the arguments for stewardship programs was that using less antibiotics would reduce costs, but now the bottom has fallen out of that argument”, Dr Speers told MJA InSight.

“The argument now has to be on reducing the ‘selection pressure’ on bacteria, protecting the antibiotics we have.”

An editorial in the same issue of MJA warned that “without a coordinated effort at government level across all human and animal health care sectors, we are likely doomed to failure” in the battle against the spread of gram-negative resistance. (2)

“All of us … have to recognise gram-negative resistance as a looming public health crisis and a social challenge: a new plague”, the authors, led by Dr David Looke, president of the Australian Society for Infectious Diseases, wrote.

“We need to be brave enough to make difficult decisions to re-regulate antibiotics. Without intervention, many of the greatest advances in the practice of medicine — such as transplantation, joint replacement surgery or critical care medicine — will be under significant threat.”