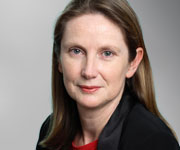 A RECENT disciplinary case highlighted the dangers of doctors making inflammatory statements about patients in response to a complaint.

The case involved a complaint about a psychiatrist who had undertaken a review of a patient at the request of the patient’s former employer for the purpose of workers compensation proceedings. Following receipt of the psychiatrist’s medicolegal report, the patient complained to the Medical Board of Australia that some of the statements in the report were inaccurate.

The WA case proceeded to a State Administrative Tribunal hearing where the medical board contended that the psychiatrist had been grossly careless in making the alleged inaccurate statements in his report.

Ultimately the tribunal found that the complaint was not proved and the case was dismissed.

However, the tribunal noted that when the patient’s complaint was sent to the psychiatrist by the medical board, the psychiatrist’s letter of response described the complaint as “vexatious, malicious, inappropriate and incorrect”. His letter said: “This man is currently behaving as he behaved on a number of fronts for many years and I don’t imagine any response would reassure him.”

At the tribunal hearing, the psychiatrist was cross-examined by the medical board in relation to these statements. It was put to him that they demonstrated an antipathy to the patient that provided the context in which the allegedly incorrect statements in his medicolegal report had been made.

The tribunal considered that these statements by the psychiatrist to the board were “particularly unfortunate and ill-advised” and concluded: “No matter how unjustified a complaint might be thought to be, members of the public are entitled to bring their grievances to the appropriate authority, and to have them investigated. They are entitled to be treated with respect. Inflammatory responses respect neither the complainant nor the process.”

It is reasonable to wonder whether the statements in the psychiatrist’s letter of response spurred the medical board into pursuing what were ultimately found to be unfounded allegations against him.

What, then, are the “take home messages” from this tribunal judgment?

First, doctors need to know that complaints against them are part and parcel of practising medicine in the 21st century.

All doctors will receive a complaint at some stage in their medical career. The Australian Health Practitioner Regulation Agency annual report reveals that 3.5% of doctors received a notification about their conduct, performance or health in 2011‒12. This figure does not include complaints made to other bodies, such as state-based health complaint entities, or complaints made directly to the doctor or their hospital or practice.

Nevertheless, it is normal and an expected part of the process that doctors will experience an immediate emotional reaction to the receipt of a complaint. In one study these reactions include feelings of anger (72.5%), depression (65.1%), reduced levels of enjoyment in the practice of medicine (38.4%) and feelings of being shamed (36.4%).

The second key message is that a response to a complaint should always have the primary objective of resolving the matter. The response is not the place to vent anger and frustration about the process, or the complainant.

One solution is to write two responses — one in which you express how you feel about the complaint and the other in which you outline your response to the issues raised in the complaint. Only send the latter to the medical board!

Medical defence organisations play a vital role in assisting doctors in responding to complaints, including managing their emotional response to the receipt of the complaint. We are here to help you vent your anger and frustration in private and confidential discussions.

All those involved in the assessment of complaints, including the medical board, need to be aware of and understand the common emotional reactions of doctors to the receipt of a complaint. While the primary role of the medical board is to protect the public, this does not mean that the needs of doctors should be ignored. Doctors will feel angry and, at times, express their feelings in their response to a complaint.

Doctors are also entitled to be treated with understanding and respect as part of the complaint process.

Dr Sara Bird is the manager of medico-legal and advisory services at MDA National.