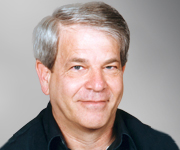 EACH year in Australia around 20 000 new cases of prostate cancer are diagnosed and close to 3000 men die — more than the number of women who die from breast cancer.

With early detection, when prostate cancer is generally asymptomatic, the odds of survival are relatively high. It is by any objective standard a major public health problem but one that is potentially amenable to cure by screening and early detection.

A meta-analysis reported the pooled sensitivity, specificity and positive predictive value (PPV) for screening PSA were 72.1%, 93.2% and 25.1%, respectively, significantly higher than those for screening DRE, which were 53.2%, 83.6% and 17.8% respectively.

The PPV for PSA in detecting prostatic cancer is greater than the PPV of screening mammography for the detection of breast cancer.

Yet in May 2012 the US Preventive Services Task Force issued advice that the benefits of PSA screening do not outweigh its potential harm, while continuing to urge women to pursue screening for breast cancer.

The warning against PSA screening for prostate cancer was based primarily on results from the Prostate, Lung, Colorectal and Ovarian (PLCO) Cancer Screening Trial. It sought to determine if certain cancer screening tests reduced the risk of dying of those cancers. It includes nearly 76 693 people aged from 55 to 74 years with no previous relevant history.

Participants were randomly assigned to either PSA screening or non-screening. However, 52% of the participants in the non-screened arm had a PSA test, diluting any potential statistical difference between the groups.

Despite the significant contamination of the control group in the PLCO study, the preventive task force accepted the study’s conclusion that PSA screening tests had no impact on the prostate cancer mortality rates.

The PLCO trial findings also conflict with those of the European Randomized Study of Screening for Prostate Cancer (ERSPC), which did not suffer from similar cross-contamination. The findings in the ERSPC study revealed a statistically and clinically significant 29% decrease in mortality in PSA screened men.

Despite the disparity, the task force recommended against PSA screenings. Given the fundamental flaw with the PLCO study, one is compelled to ask: why?

Dr Michael Gliksman is an occupational physician based in Sydney and chairman of the Professional Issues Committee of the AMA NSW. On Twitter @MGliksmanMDPhD