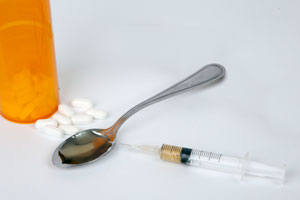 Professor Kate Conigrave, from the University of Sydney’s School of Medicine, said the listing of 2 mg alprazolam on the Pharmaceutical Benefits Scheme (PBS) was a prescription for disaster. (1)

Professor Conigrave was responding to a new Victorian study published in the latest MJA detailing an increase in the detection of alprazolam in heroin-related deaths (HRDs). (2)

The researchers also reported a disproportionate increase in prescribing of the high-dose 2 mg formulation compared with other formulations — from 4.1% to 27.9% between 1998 and 2010.

“I can see no indication for the 2 mg dose of alprazolam”, Professor Conigrave told MJA InSight.

“The only patients who need that high a dose are the ones who have developed tolerance for the drug, and that alone is an indication that they probably should be weaned off it. This is done by converting to a slower onset, longer acting drug, like diazepam. Regulated dispensing (eg, twice weekly) cuts down the risks.”

Professor Conigrave said a 2 mg dose of alprazolam was equivalent to 20 mg of valium and that she regularly saw patients taking between three and five 2 mg doses per day.

“If I was a GP I would never prescribe alprazolam”, she said. “… it’s highly addictive and the risk is considerable. Ordinary people can have an accidental overdose if they take it with alcohol. There’s also a huge black market out there for it.”

The findings of the study should increase pressure on federal and state governments to reschedule alprazolam from a Schedule 4 to a Schedule 8 drug, and to introduce live, real-time monitoring of S8 prescriptions, Professor Conigrave said.

In 2010, the Therapeutic Goods Administration (TGA) was lobbied to reschedule alprazolam as an S8 drug but did not do so, saying there was “insufficient evidence to support an S8 restriction for alprazolam, at this stage” and that doing so would be “inconsistent with current international practice”. (3)

Alprazolam was scheduled in the least restrictive categories in the UK, New Zealand, the US and Canada, as well as in the United Nations Convention on Psychotropic Substances. (4)

“Why shouldn’t Australia lead the world in this, as we have done with tobacco?” Professor Conigrave said. “There is absolutely not enough being done about this.”

A TGA spokeswoman said the rescheduling of benzodiazepines, including alprazolam, would be considered at a meeting later this month of the Advisory Committee on Medicines Scheduling. (5)

Asked how she would seek to regulate the increasing problems with alprazolam, Professor Conigrave said: “First I would introduce live, real-time pharmacy monitoring of all psychoactive drugs. Yes, the rescheduling to S8 would be great but I don’t think it is as important as live monitoring.

“Secondly, I would ban the 2 mg alprazolam preparation outright. There is just no need for it.”

GP and addiction medicine trainee, Dr David Outridge, of the Opiate Replacement Clinics in Cessnock and Newcastle, agreed that real-time monitoring of S8 medications would be helpful in curbing the alprazolam problem but said there were other options.

“PBS data show that the numbers of clonazepam [an anticonvulsive benzodiazepine medication] scripts have been steadily decreasing”, he said.

“My impression is that that was due to the PBS making it more difficult to get an authority by requiring a neurologist-confirmed diagnosis of epilepsy.”

Dr Outridge said this had made alprazolam a popular alternative, partly because an authority script for 6 months’ supply was available.

“Changing the authority conditions for alprazolam would be relatively easy, and at no state government expense”, Dr Outridge said.