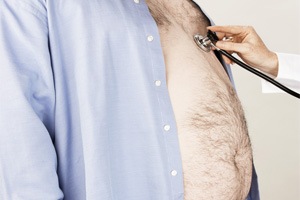 Cost not the point in bariatric surgery

ECONOMIC factors should not be the only criteria for judging the worth of bariatric surgery as a treatment for obesity, according to an obesity expert.

Professor Paul O’Brien, director of Monash University’s Centre for Obesity Research and Education, said the point of bariatric surgery was quality of life, not cost-effectiveness.

Professor O’Brien was commenting on research published in JAMA Surgery, which found that bariatric surgery does not reduce overall health costs in the long term. (1)

The US research involved a multi-year analysis of health care costs based on 29 820 privately insured people who underwent bariatric surgery between 2002 and 2008 who were matched with patients who not did not have surgery but had diagnoses closely associated with obesity.

The authors reported that total costs were “greater in the bariatric surgery group during the second and third years following surgery but were similar in the later years”.

“The bariatric group’s prescription and office visit costs were lower and their inpatient costs were higher”, the authors wrote.

“Bariatric surgery does not reduce overall health care costs in the long term”, they concluded.

Professor O’Brien said he was “not too surprised by the results”.

“We did a study on cost-effectiveness of surgically induced weight loss for the management of type 2 diabetes a few years ago and the results were not that different. (2)

“The thing is that costs over time are not the benefit of bariatric surgery”, he said. “Just to look at the costs is to miss the point.

“These people, postoperatively, are lighter, healthier, happier, and they live longer.”

An accompanying editorial in JAMA Surgery said bariatric surgery had “dramatic short-term results, but on a population level its outcomes are far less impressive”. (3)

“Surgery should be offered only to patients with demonstrated compliance to medical and dietary treatment … In this era of tight finances and inevitable rationing of health care resources, bariatric surgery should be viewed as an expensive resource that can help some patients.”

“There is no data that I know of that indicates that previous compliance [to medical and dietary treatment] leads to a better outcome for bariatric surgery patients”, he said.

“There is no relationship between ‘readiness to change’ and outcome.

“I’ve been involved in this field since the late 1970s and I’ve never found a way to successfully predict who will have a good outcome from surgery”, Professor O’Brien said.

“We published our 15-year data on banding in Annals of Surgery in January and we had a good result”, he said. (4)

That study from one centre demonstrated a durable weight loss, with 47% excess weight loss maintained to 15 years. The weight loss occurred regardless of whether any revisional procedures were needed.

“The JAMA Surgery editorial misses the point”, Professor O’Brien said. “Bariatric surgery is not about cost-effectiveness. It’s about quality of life. Weight loss occurs as a result of bariatric surgery and the recipients are happier and live longer”.

5 thoughts on “Cost not the point in bariatric surgery”