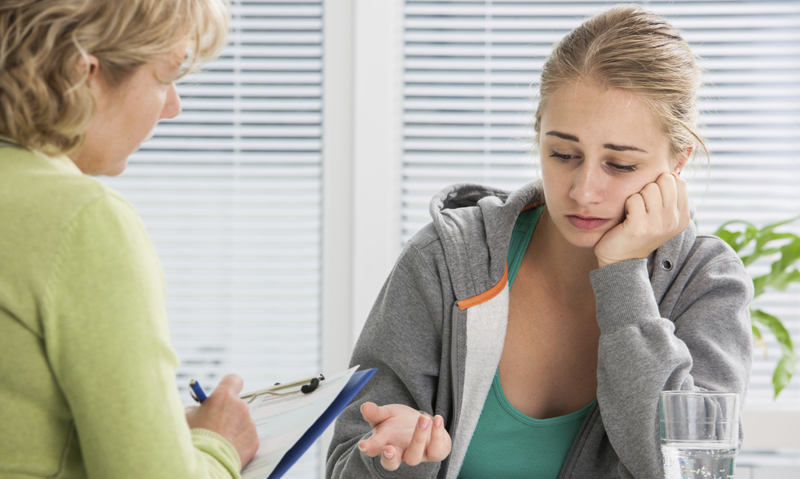 AUSTRALIA is making inroads in addressing the mental health care of children and adolescents, but more specialist backup is required to address complex cases, says a leading advocate for youth mental health reform.

Professor Patrick McGorry, professor of youth mental health at the University of Melbourne and a director of headspace (the National Youth Mental Health Foundation of Australia), said Australia still had a long way to go to address the unmet need for youth mental health services.

“We are building a youth mental health system”, said Professor McGorry, referring to the development of headspace, an enhanced primary care program targeting 12‒25-year-olds. “What we haven’t built in parallel yet is specialist backup that is required when cases are more complex and do require more intensive, and maybe medication, responses.”

However, he said the rollout had started of headspace services with the capacity to provide interventions for early psychosis.

Professor McGorry’s comments came after US research, published in JAMA Psychiatry, found that compared with adult mental health care, episodes of mental health care for young people had increased more rapidly and had coincided with increased use of psychotropic medication. (1)

The researchers also found that the “great majority of mental health care” was provided in office-based medical practice by non-psychiatrist physicians.

Professor McGorry said the data showed a “genuine level of unmet need being unmasked” in the US. However, he said the US was responding with medication as first-line therapy, which was not appropriate.

“In Australia, we have been responding in a much better way through the development of headspace. Young people can … get psychosocial and holistic care at the first line and medication is very much a second- or third-line issue — if it is really needed and appropriate.”

Professor McGorry said about 12 000 new workforce members would be required over the next decade, and these would be drawn from child and adolescent psychiatry, adult psychiatry and other health and allied health professions to form a new professional focus on youth mental health.

Senior child and adolescent psychiatrist Dr Kenneth Nunn applauded the development of the headspace program but said the shortage of professionals in his specialty was alarming.

“Forty paediatricians are trained for one child psychiatrist. We are completely outgunned by the size of the problem”, said Dr Nunn, who is based at Sydney’s Children’s Hospital at Westmead.

He said there was not only a need for more child and adolescent psychiatrists, but for the load to be shared by other specialties. Many paediatricians provided care for children with attention deficit hyperactivity disorder (ADHD) and autism, but more complex cases and cases in children aged over 14 years were often seen as the responsibility of psychiatrists.

“I am arguing for an ownership of these kids by all groups because I don’t think any one specialty can deal with them adequately”, Dr Nunn told MJA InSight.

He said there was also a need for the health system to look at the prioritisation of services because there was vast discrepancy between the services available to a child with an infectious illness or diabetes, and a child with a mental illness. “In NSW, there are more children and young people dying from mental health causes — suicide, substance abuse and death by parent — than from infectious diseases”, he said.

“If you look at neonatal services, most neonates who are having difficulties can be put into a world-class facility within hours. When you come to the specialty of child psychiatry, it’s like the rules are all different”, said Dr Nunn, recalling the case of an 11-year-old boy who had attempted suicide three times, but was without a hospital bed for 3 days.

Dr Elizabeth Hindmarsh, chair of the Royal Australian College of General Practitioner’s abuse and violence specific interest group, said the introduction of referral pathways for GPs, such as Better Access to psychiatrists, psychologists and GPs and access to allied psychological services, had helped GPs to deal with the increased identification of mental health problems in children and adolescents.

However, she said cuts to the maximum number of sessions provided under the Better Access program from 18 to 10, which came into effect in January this year, were concerning, as were the 2011 cuts to Medicare funding for GP Mental Health Plans. Child abuse and domestic violence were the underlying causes of many cases of youth mental health problems and the number of sessions funded was inadequate to deal with such complex issues, said Dr Hindmarsh, who has a long-held interest in mental health care.

An editorial accompanying the US research emphasised the benefits of early intervention in child and adolescent mental health care. (2)

Professor McGorry said early intervention in youth mental health was a “no-brainer”. “[Early intervention is] part of every other part of the health system — cardiac disease, cancer or diabetes — it’s a basic principle of potentially serious illness … Mental health has been treated differently … yet all the evidence is indicative or conclusive of its value.”

He commended the National Mental Health Commission for highlighting the importance of early intervention in its 2013 Report Card released last week. (3)