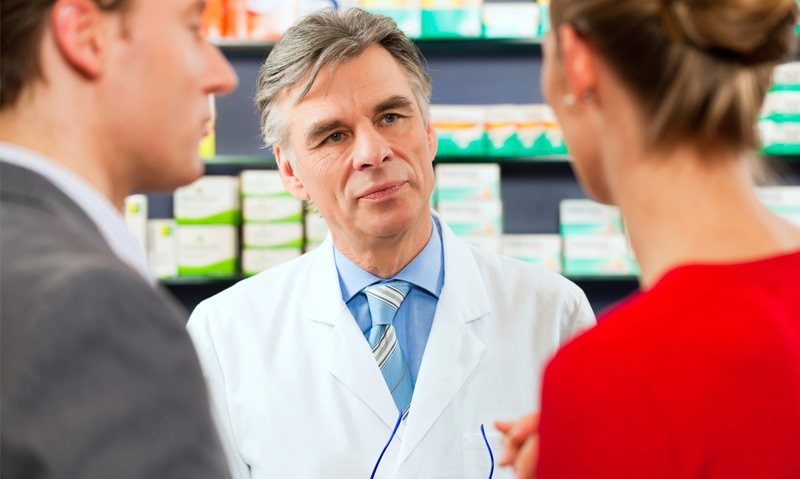 AUSTRALIAN nurses must learn to be “streetwise” about their relationships with industries involved in health goods and services, says a leading nurse educator.

Professor Philip Darbyshire from the School of Nursing and Midwifery at Flinders University in Adelaide, told MJA InSight that non-physician clinicians like nurse practitioners were “naive” about the influence drug representatives in particular could have on prescribing practices.

“Nurses can be a little vulnerable”, Professor Darbyshire said. “Many are new to the game of prescribing and having budgets under their control. It’s a whole new can of worms.”

He was responding to a systematic review published in PLOS Medicine that studied the interactions between US non-physician clinicians (NPCs) — registered nurses, nurse prescribers, midwives, pharmacists, physician assistants and dieticians — and industry (corporations that produce health care goods and services). (1)

A review of 15 studies found that most NPCs met with industry representatives regularly, received gifts and samples, attended educational events and received educational materials on a regular basis. NPCs generally regarded these interactions positively and felt they were “an ethical and appropriate use of industry resources”.

“A sizeable proportion of [NPCs] questioned the reliability of industry information, but most were confident that they could detect biased information and therefore rated this information as reliable, valuable, or useful”, the authors wrote.

An accompanying editorial said: “These interactions shape clinical knowledge and medication-prescribing behavior in ways that are not consistent with evidence-based practices.” (2)

“Health care is supposed to be driven by evidence-based practice”, he said. “If the only information nurses are getting is from the drug reps, they might as well go to Wikipedia.

“Nurses believe health care is not a business, and should not be about making money. They are health care professionals caring for their patients — that’s the world they inhabit — they can be naive about marketing and selling.

“A really smart drug rep positions themself as a colleague, and who isn’t friendly to a colleague?”

Grant Kardachi, national president of the Pharmaceutical Society of Australia (PSA), said his organisation had strict policies around potential conflicts of interest.

“The PSA Code of Professional Conduct states that a pharmacist must act with honesty and integrity, having due regard for standards of behaviour accepted within the profession and reasonably expected by the community and other health professionals”, Mr Kardachi told MJA InSight. (3)

“It also says a pharmacist must avoid situations likely to present a conflict of interest or compromise the objectivity of their professional practice.

“The PSA is firmly of the view that accepting inappropriate gifts from pharmaceutical companies (or their subsidiaries) is contrary to the Code of Professional Conduct and should not occur.”

Professor Paul Komesaroff, from the Faculty of Medicine, Nursing and Health Services at Monash University in Melbourne, and a coauthor of the Royal Australian College of Physicians’ Guidelines for ethical relationships between health professionals and industry, said the expanding role of NCPs meant that extending the guidelines to cover them was crucial. (4)

“We increasingly work in teams”, Professor Komesaroff told MJA InSight. “Physicians aren’t the only health care professionals, even though they might think they are the only ones that count.

“Industry recognises that many others have an influence on health care resources. That’s why we changed the title of the guidelines to ‘health professionals’.

“There are reasons the pharmaceutical companies are so successful. They know what they are doing”, Professor Komesaroff said.

Professor Darbyshire said while nursing had a code of ethics and a code of professional conduct, they did not spell out specific guidelines for dealing with industry. (5)

“Nurses need to have a healthy scepticism and we need to be talking about it more”, he said.

“The schools of nursing education should be taking all this on board. The world is shifting under our feet and we have to teach nurses to be streetwise.”

Should allied health professionals be subject to the same transparent ethical regulations with industry as doctors?

3 thoughts on “Industry targets nurses too”