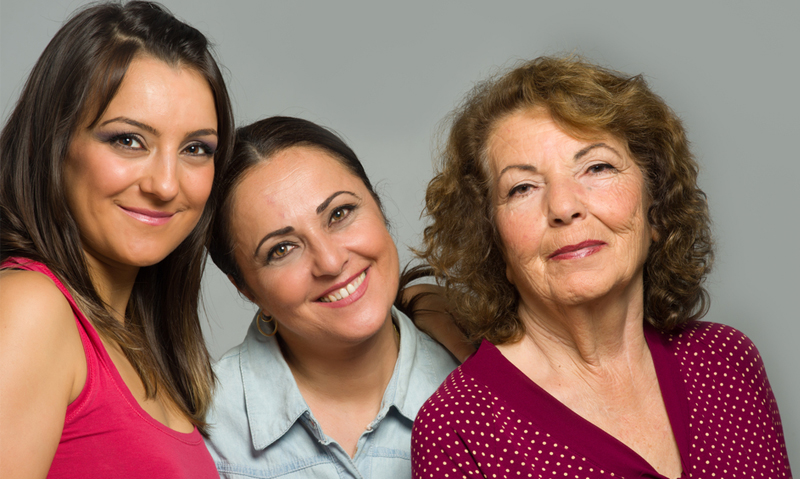 MOST requests for genetic testing for familial cancers in Australia following publicity about US actress Angelina Jolie’s experience as a BRCA1 gene mutation carrier had been appropriate and included family members who had long neglected a risk assessment, according to geneticists and oncologists.

Writing in the MJA about the “Angelina Jolie effect” following Jolie’s revelation that she had chosen to have preventive bilateral mastectomy and breast reconstruction, the experts said the increase in requests for testing in Australia had been welcome, “reflecting an unmet need”. (1)

Within days of her disclosure, the number of referrals to two familial cancer centres (FCCs) in Victoria of people concerned about their family history more than doubled, with 64% involving patients at high risk for breast cancer.

“Three months after the announcement, referrals to the FCCs remain twice as high as for the equivalent quarter the previous year”, the MJA authors wrote.

Clinical Professor Jack Goldblatt, director of Genetic Services and the Familial Cancer Program of WA, said his centre had also experienced a huge surge in referrals and enquiries, which included family members of previously diagnosed patients who had never presented to see if they too had the familial gene abnormality.

Professor Goldblatt said although some enquiries were from the “worried well”, many were appropriate.

A new study, published in the MJA, found there is considerable scope in Australia to increase the uptake of cancer risk-reducing measures in women with a mutation in the BRCA1 or BRCA2 genes. (2)

The 14-year prospective study followed 325 female carriers of BRCA1 or BRCA2 mutations who had no personal history of cancer and were enrolled in kConFab, a multiple-case breast cancer family cohort study. The participants’ median age was 37 years at enrolment.

Data on cancer events and uptake of risk-reducing surgery and medication were collected by self-report at entry and then every 3 years. Instances of surgery were confirmed from pathology and medical records.

The study found 21% of the women underwent risk-reducing mastectomy, 38% undertook risk-reducing bilateral salpingo-oophorectomy and 3% participated in a clinical trial of risk-reducing medication, during a median 9 years of follow-up.

The study authors wrote that managing cancer risk in mutation carriers was complex. “More widespread use of existing decision-support systems might help both women and clinicians better understand risk management options and the best timing or sequence of these for individual women.”

Greater uptake of risk-reducing interventions was needed to optimise the benefits of genetic testing and reduce the incidence of potentially preventable cancers in women with BRCA1 and BRCA2 mutations, they wrote.

Professor Goldblatt said there was definitely scope for more widespread use of risk-reducing measures.

“The whole idea of having gene testing is not just to know if you have got the mutation but to be able do something about it.”

He said the study had produced some very good calculations on the risks of cancer and the risk reduction with various measures, which were useful for doctors when counselling patients and would allow people to make an informed decision.

However, he said it would be interesting to know why more patients in the study did not opt for risk-reduction measures.

“There is a very low percentage of people taking up risk-reduction medication. Why didn’t people take it up — because the doctor didn’t tell them about it, or they were worried about the side effects, or they don’t like taking a tablet?”

Professor Goldblatt said GPs could use online tools to conduct an initial screen for familial cancers, which could help prevent genetic testing centres from being inundated with inappropriate requests. He said Cancer Australia had the best website for GPs assessing risk based on family history, at canceraustralia.gov.au/clinical-best-practice/gynaecological-cancers/familial-risk-assessment-fra-boc

Genetic services also relied heavily on GPs to follow up patients who had been diagnosed with a mutation and chose surveillance over preventive measures. Although most states had a registry to try to keep track of how patients were doing, lack of resources made it a difficult task to maintain over many years.

However, Professor Goldblatt said a big barrier was “surveillance fatigue”, where people tired of returning for screening.

A third MJA article said the advent of testing for panels of genes and whole genome sequencing raised new ethical and social dilemmas, which included unexpected mutations in genes unrelated to the cancer being investigated. (3)

Professor Goldblatt said GPs should ask patients seeking a gene test for a particular cancer if they want to know if a mutation for a different cancer is found.

“You ask them in the first place, not when you get the results”, he said.

Have you noticed an increase in inquiries about genetic testing for familial cancers since Angelina Jolie's public stand?

One thought on “Genetic testing “appropriate””