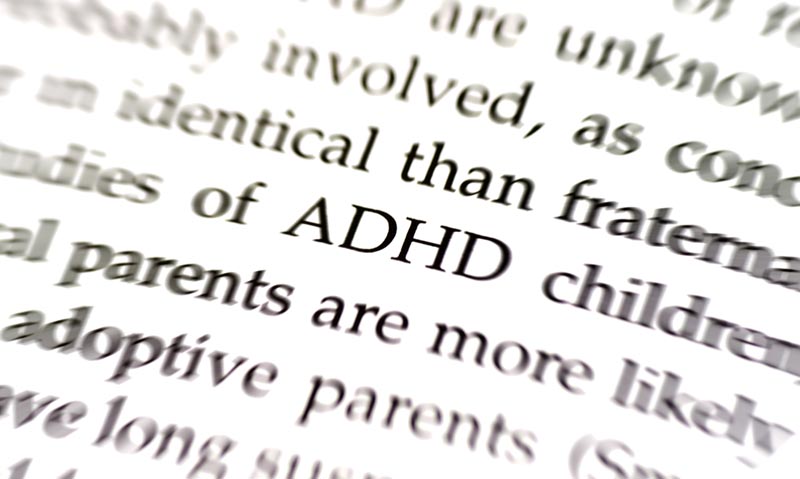 A CRITIQUE of attention deficit hyperactivity disorder saying the disorder is overdiagnosed and overtreated has polarised Australian specialists.

The analysis by two Australian doctors and a Dutch colleague, published in the BMJ and subtitled “Are we helping or harming?”, said Australian data on prescribing rates for ADHD medication showed an increase of 72.9% between 2000 and 2011. (1)

The authors wrote that there were no definitions for mild or moderate ADHD in the latest Diagnostic and Statistical Manual of Mental Disorders (DSM-5) and a broadening of the diagnostic criteria in the manual was likely to increase overdiagnosis.

“We argue that the overdiagnosis of ADHD resides within the clinical subjectivity of impairment”, they wrote.

The broadening of the diagnostic criteria in DSM-5 “risks resulting in a diagnosis of ADHD being regarded with scepticism to the harm of those with severe problems who unquestionably need sensitive, skilled specialist help and support”.

He told MJA InSight the best recent Australian data suggested that nationally about 1% of boys and 0.5% of girls were on medications for ADHD, compared to a prevalence of about 5%. (2)

He said data from his group showed that 81% of children diagnosed with ADHD by paediatricians, the main doctors who managed the condition, were treated with medications.

“Many would argue that it’s good that more kids are accessing diagnosis and effective treatment leading to improved function”, Dr Efron said. However, there should never be a rush to either diagnose ADHD or to begin medication, he said.

The BMJ analysis canvassed a range of issues from criteria for ADHD, drivers of overdiagnosis including shifting definitions and commercial influence, and the effectiveness of treatment.

It outlined potential harms of overdiagnosis, including medication costs, adverse events and psychological harms, and suggested a stepped diagnostic and care approach.

Professor Jon Jureidini, professor of psychiatry at the University of Adelaide, told MJA InSight he did not think making a diagnosis of ADHD was a helpful exercise.

It was more helpful to meet the family to find a better explanation for the problem, whether it was a language disorder, or marital disharmony, or deafness, and then treat that problem rather than diagnose ADHD, Professor Jureidini said.

“There is no doubt that you can reliably identify kids who are overactive, inattentive and impulsive but that is a final common pathway of many different sets of circumstances”, he said.

“There is always a more compelling and more treatable explanation than dumbing down the understanding by calling it ADHD.”

Professor Jureidini, coauthor of the NHMRC Clinical Practice Points on the Diagnosis, Assessment and Management of ADHD in Children and Adolescents, said stepped diagnosis and care was an excellent approach to mental health in children and adolescents in general. (3)

However, Associate Professor Michael Kohn, of the department of adolescent medicine at the Children’s Hospital, Westmead, who also coauthored the NHMRC clinical practice points, said the BMJ analysis was biased and the authors had not presented primary evidence to substantiate their concerns about diagnosis or recommendation for the effectiveness of a stepped care approach.

“ADHD is not overdiagnosed and overtreated in Australia”, he said. “The DSM criteria robustly identify those behaviours predictive of impairment.”

He told MJA InSight the analysis did not include studies comparing clinician rating with objective measures, which were important in considering the reliability of specialist and primary care physicians to accurately diagnose ADHD.

Dr Brad Jongeling, paediatric head of department in the WA Child Development Service and a consultant general and developmental paediatrician, said the BMJ authors’ premise that the DSM-5 change had resulted in a broadening of the diagnosis and carried the risk of increased diagnosis was debatable.

Dr Jongeling said the recommendation of a conservative approach to ADHD was not unreasonable in preschool children and mild impairment cases but moderate and severe impairment “presents a different story”.

He said most parents had already waited 2‒4 years following their initial concern about symptomatology before seeking diagnosis. Further waiting might increase impairment to psychosocial, behavioural, developmental health and emotional function, which medication combined with behavioural treatment might help.

Are you concerned that ADHD is being overdiagnosed and overtreated?