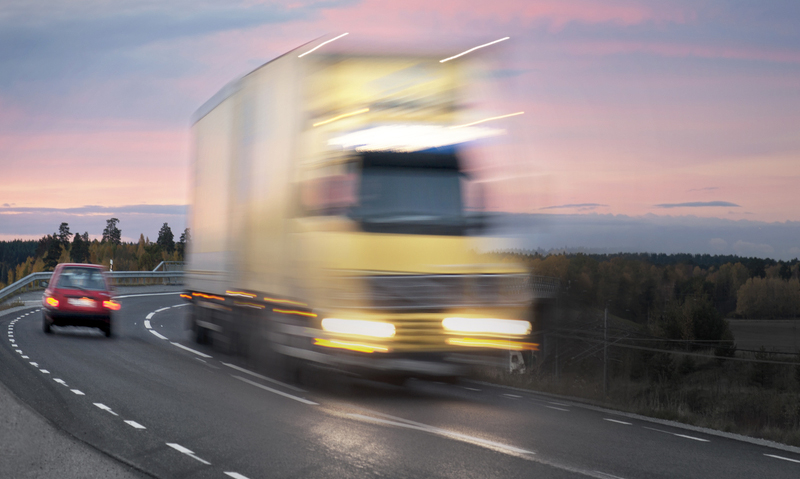 Call to campaign for truckies

GPs and the AMA have been urged to campaign for reforms to the trucking industry in a bid to improve public safety and reduce harms from the use of psychoactive substances by long-haul truck drivers.

Professor Michael Quinlan, from the University of NSW School of Management and director of its Industrial Relations Research Centre, told MJA InSight that while GPs could treat the symptoms of fatigue and substance abuse by drivers, they could also “try to counsel drivers on the long-term health effects and hallucinogenic effects of these drugs”.

“GPs are in a real bind on this and it’s really difficult because by the time they see the truck drivers, they are dealing with deep-seated problems”, Professor Quinlan said.

“But they can add their voice to [the need for industry reforms], as can the AMA, by saying ‘we can deal with the symptoms but until the underlying causes are dealt with nothing will change’.

“There has to be an open debate on these issues.”

Professor Quinlan was responding to a systematic review published in Occupational and Environmental Medicine which assessed 36 cross-sectional studies — including Australian research — on the use of psychoactive substances by truck drivers. (1)

The authors found that the most frequently studied substances were alcohol (n = 25), amphetamines (n = 17), marijuana (n = 16) and cocaine (n = 13). The prevalence of the substances varied greatly and was lower in studies which used biological samples to determine amphetamine use than in studies based on self-reported use.

Twelve of the studies looked at factors associated with psychoactive substance use and found that younger age, longer trips, alcohol consumption, driving the night shift, travelling interstate routes, fewer hours of rest, less experienced drivers, connection with small or medium-sized companies, income below industry standards, productivity-based earnings and prior accidents were all associated with intake.

The main association was found to be indicators of poor working conditions.

An accompanying commentary said decreasing the use of psychoactive substances in the trucking industry was “easier said than done”. (2)

“Recommending national authorities to take more actions that would lead to a decreased violation of regulations governing driving hours would be too simple, since compliance with regulations requires specific intervention approaches towards drivers as well”, the commentary said.

AMA president Dr Steve Hambleton said the AMA was “absolutely” in support of any attempts to ensure reasonable working conditions for truck drivers, and all other workers.

Professor Quinlan said the finding that low pay and poor safety were linked was “not a new finding” nor was it confined to Australia.

As long as drivers were paid poorly and contingent on the number of kilometres they covered, they would continue to push themselves to drive for as long as possible in a bid to improve their pay packet, he said.

“The drugs are used as a way of increasing their income and that won’t change until the underlying factors are changed.”

Mr Bill McKinley, communications manager for the Australian Trucking Association, said chain of responsibility (COR) laws, a tightening of drink- and drug-driving laws and stronger on-road enforcement had led to a “dramatic” reduction in the proportion of fatigue-related accidents.

Chain of responsibility laws were introduced from 2005 to extend the general liability for trucking offences to all parties involved in the consignment, packing, loading and receiving of road freight. (3)

“As awareness of the COR laws spreads the proportion of fatigue-related accidents has halved since 2009”, Mr McKinley told MJA InSight. “Companies realise they are putting their business on the line [if they pressure drivers].

“A growing number of trucking companies conduct drug tests on their drivers, typically with a zero tolerance for the use of alcohol and drugs at work.”

“For 5 years I’ve been hearing about COR being the solution, but it’s only being very selectively enforced”, he said. “[Government bodies have] always been agnostic about this, saying the issue is fatigue, but that’s a symptom not a cause.

“The COR rules will only matter when the big users, that is retailers, face punitive action.”

The Road Safety Remuneration Tribunal, set up in July 2012 to examine the road transport industry including work health and safety issues, is currently under review by the Abbott government. (4)

2 thoughts on “Call to campaign for truckies”