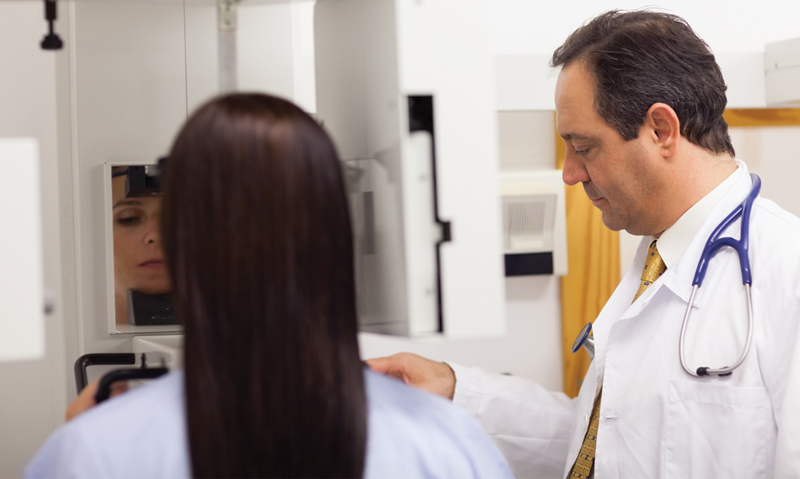 Too many double mastectomies

A RISE in the number of women with breast cancer requesting contralateral prophylactic mastectomy has leading experts questioning if the radical procedure is being done more than needed.

Professor Kelly-Anne Phillips, consultant medical oncologist at the Peter MacCallum Cancer Centre in Melbourne, told MJA InSight that research published in Annals of Internal Medicine suggested that “we are probably doing this more than we need to”. (1)

“We know, anecdotally at least, that contralateral prophylactic mastectomy (CPM) is on the increase in Australia as well as in the US”, Professor Phillips said.

“But there is some concern … Is this procedure actually helping the women who are having it done?”

The research examined the preferences, knowledge, decision making, and experiences of 123 women diagnosed with breast cancer at 40 years of age or younger. The patients did not have bilateral breast cancer but opted for a CPM.

About 25% of the women were carriers of a BRCA1 or BRCA2 mutation, and 26% had a first-degree relative and 62% had a second- or third-degree relative who had been diagnosed with breast or ovarian cancer.

The authors found that the women’s overall satisfaction with their decision to have a CPM was high, with 80% extremely confident in their decision and 90% saying they would have definitely chosen CPM if deciding again. The desires to decrease their risk of contralateral breast cancer (CBC) and to improve their chances of survival were also rated as extremely or very important by most of the women.

However, only 18% thought that women with breast cancer who had a CPM lived longer than those who did not.

“Despite knowing that CPM does not clearly improve survival, women who have the procedure do so, in part, to extend their lives”, the authors wrote. “Many women overestimate their actual risk for cancer in the unaffected breast.”

Professor Geoff Lindeman, head of the Royal Melbourne Hospital’s Familial Cancer Centre, told MJA InSight that for women with single breast cancer, the overall risks for developing another breast cancer over the next 25 years were about 40% for BRCA1 carriers, 30% for BRCA2 carriers and 15%–20% for non-carriers.

“However, if a woman is [less than 40 years old] at the time of her first breast cancer diagnosis, the cumulative risks over the next 25 years are approximately 55% for BRCA1, 40% for BRCA2 and 25%–30% for a BRCA1/2-negative woman”, Professor Lindeman said.

“These numbers are much lower for women who have a first breast cancer diagnosis after age 50.”

Professor Phillips said the biggest problem in informing women of their choices was a lack of solid Australian data.

“What we would like to do is talk to the woman in front of us and put all her data into an algorithm or risk model and tell her what her absolute risk of developing CBC is”, Professor Phillips said.

“But that’s what we’re lacking. We don’t have those risk models or algorithms. We just haven’t had very good data. There is a need for good population-based data with long-term prospective follow-up.”

Professor Lindeman said what was missing from the Annals of Internal Medicine research was data about the women’s treatment experience with their first breast cancer.

“Such treatment would have a major impact on how prepared a young woman might be to relive this experience if she was to develop a second breast cancer.

“Most young women who develop breast cancer will require surgery plus or minus breast irradiation, chemotherapy and possibly hormone therapy. Even though survival and the quality of life during treatment have increased substantially over the past couple of decades, in my experience most young women would prefer not to go through this experience again.”

Professor Phillips agreed: “Medical decision making is not always driven by logic. There can be a very emotional component.

An accompanying editorial in Annals of Internal Medicine raised concerns about the 15%–20% complication rate after bilateral mastectomy and reconstruction. (2)

“Contralateral prophylactic mastectomy is an irreversible procedure and is not risk-free”, the editorial said.

2 thoughts on “Too many double mastectomies”