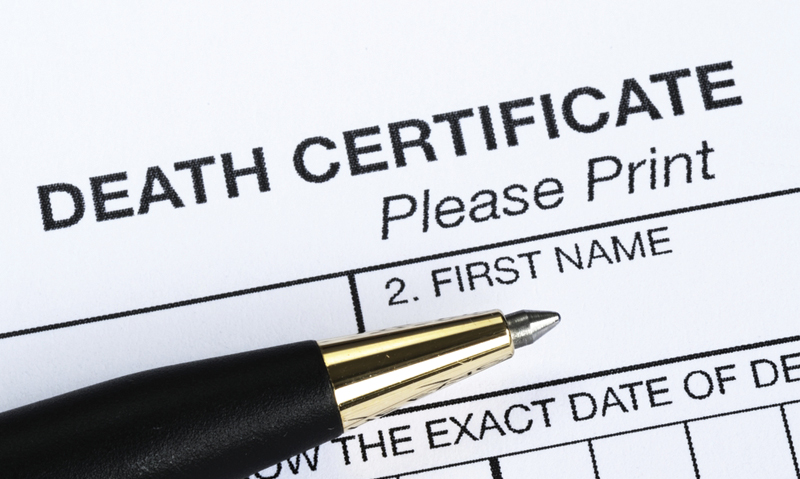 When in doubt, report deaths

DOCTORS have been urged to err on the side of caution when uncertain about referring deaths to the coroner, after researchers found that a significant number of reportable deaths had not been referred.

In a Victorian review published in the MJA, researchers found that 320 of the 656 deaths referred to the Coroners Court of Victoria by the Registry of Births, Deaths and Marriages in 2010–2011 should have been reported by medical practitioners. (1)

Of the reportable deaths, 80% were people aged 80 years and over. In 97% of the reportable cases, the coroner changed the cause of death after investigation and one death was referred for inquest.

The researchers called for further education of medical practitioners about reportable deaths and death certificates.

“While education of doctors … is required, correctly certifying the cause of death or deciding to report the death to the coroner should be an explicit responsibility of the senior, not the junior, doctor”, Professor Cordner wrote.

Dr Will Milford, chair of the AMA’s council of doctors in training, agreed that there was a lack of education and guidance for junior doctors in completing death certificates and deciding which cases required referral to the coroner.

“Traditionally this is something that’s been left to the junior doctor or for the registrar to sort out with little guidance from the more senior members of the team”, said Dr Milford, who echoed the call to provide greater education and support for junior doctors in fulfilling this role.

Although there are jurisdictional differences in what constitutes a reportable death, the National Coronial Information System provides interpretation and dissemination of coronial information for Australia and New Zealand. (3)

“There’s relatively little training, there’s little ongoing education in the area and the legislation does change from time to time”, Professor Duflou said, adding that he agreed it should be the most senior person in the team who completes the death certificate.

He said in NSW — which does not have a system in place for Births, Deaths and Marriages to refer cases to the coroner — about 10% of deaths were investigated by the coroner. Many of the deaths not subject to coronial investigation were still scrutinised via avenues such morbidity–mortality committee meetings and peer-review groups.

However, Professor Duflou said resources were finite and, in the instance of falls in the elderly, resources might be more wisely spent on policies to prevent these falls than on autopsies.

NSW State Coroner Mary Jerram said NSW did not keep figures on how many death certificates had been issued by medical practitioners for deaths that should have been reported to the coroner.

“It has long been my belief that … more comprehensive education of medical practitioners by NSW Health would remedy this to some degree, as most, if not the majority, of improperly issued certificates appear to be from a lack of awareness by the doctor of their obligation to report the death”, Ms Jerram said.

“In my experience as NSW State Coroner, matters where a certificate has not been issued appropriately, generally, but not always, come to our attention when family make contact with this office highlighting a concern with the death certificate. I am then in a position to assume jurisdiction over the death. This, however, cannot be regarded as a satisfactory method of catching those matters.”

“Whilst there are general guidelines available to doctors, I am of the view … [that we need] more stringent rules and/or oversight of the issuing of death certificates.”

Dr Milford said it was important to raise the profile of this issue, which still tended to be seen as “taboo”.

“I wonder how much of the lack of education and the lack of support that junior doctors get in this role [results from] the stigma of dealing with a patient who is deceased”, he said. “This sort of role is seen as either not important or a reflection of the doctor failing in their role in providing care.”

Should senior doctors in hospitals take full responsibility for overseeing all death certification and reports to the coroner?

8 thoughts on “When in doubt, report deaths”